Rafa rules in Paris – for the 12th time

Spain’s king of clay – watched by former Spanish king Juan Carlos in the VIP  box – rose to the big occasion on the Chatrier show court, taking his revenge after losing to his Austrian fourth-seeded rival in a Barcelona semi-final two months ago.

ATP No. 2 Nadal repeated his victory over Thiem from a year ago as he added another line to the tennis record books.

“This is incredible, I cannot explain it,” Nadal said. “This sensation is a dream. It’s a very special moment for me.

“I feel sorry for beating Dominic, he’s a hard worker with intensity and passion.”

“He  deserves to win here. I’m sure he will have another chance in the future.” 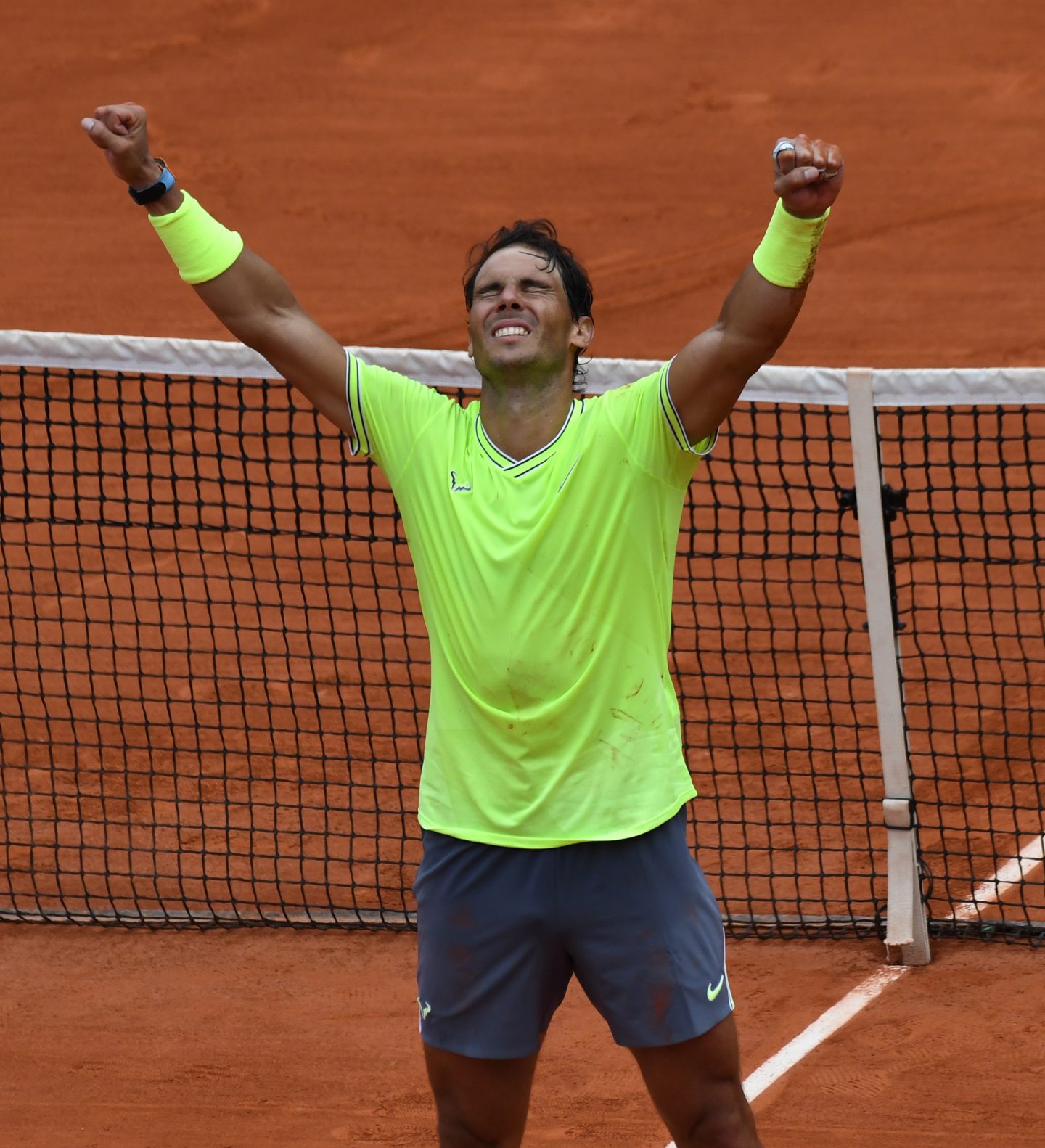 Thiem accepted his fate at the hands of the clay virtuoso. 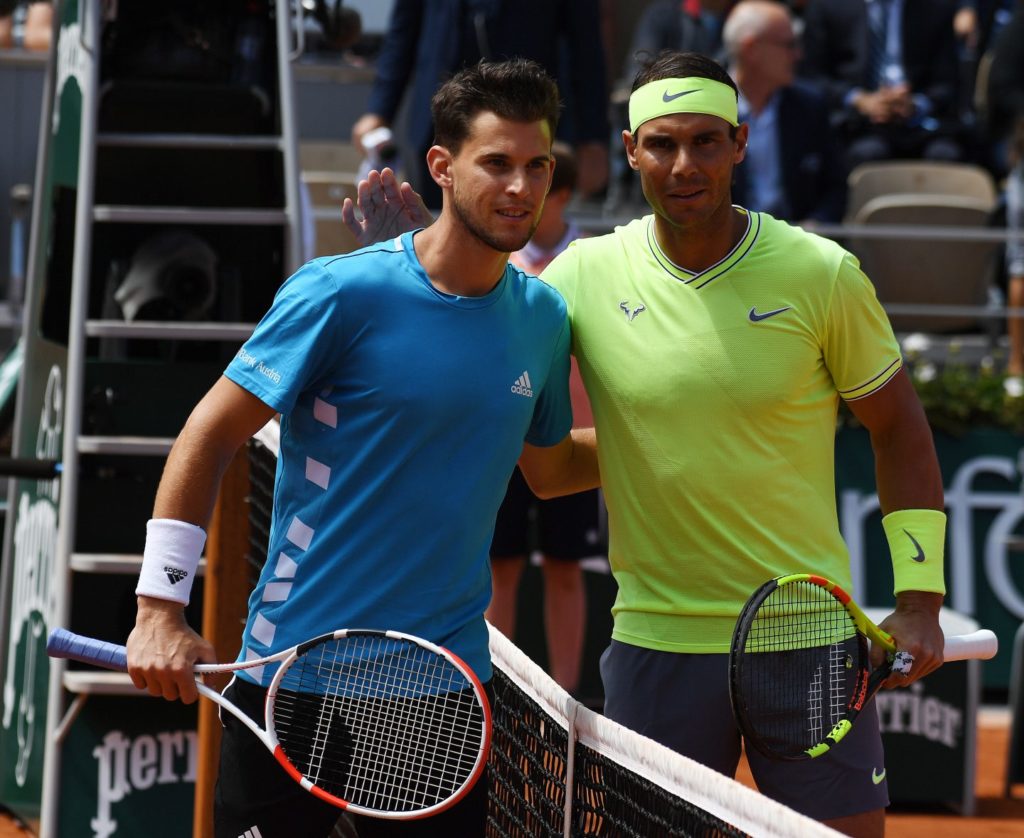 The Spaniard’s victory marked the tenth straight major won by a member of the Big 3 (Nadal, Djokovic and Federer). The last time an “outsider” claimed a grand Slam trophy was here in 2016 when Swiss Stan Wawrinka lifted the title.

The Spaniard now stands 9-4 over Thiem in their career series.

Nadal is the first player in history to win 12 singles titles at any Grand Slam. he is now threatening Federer’s record Grand Slam singles haul of 20 titles. 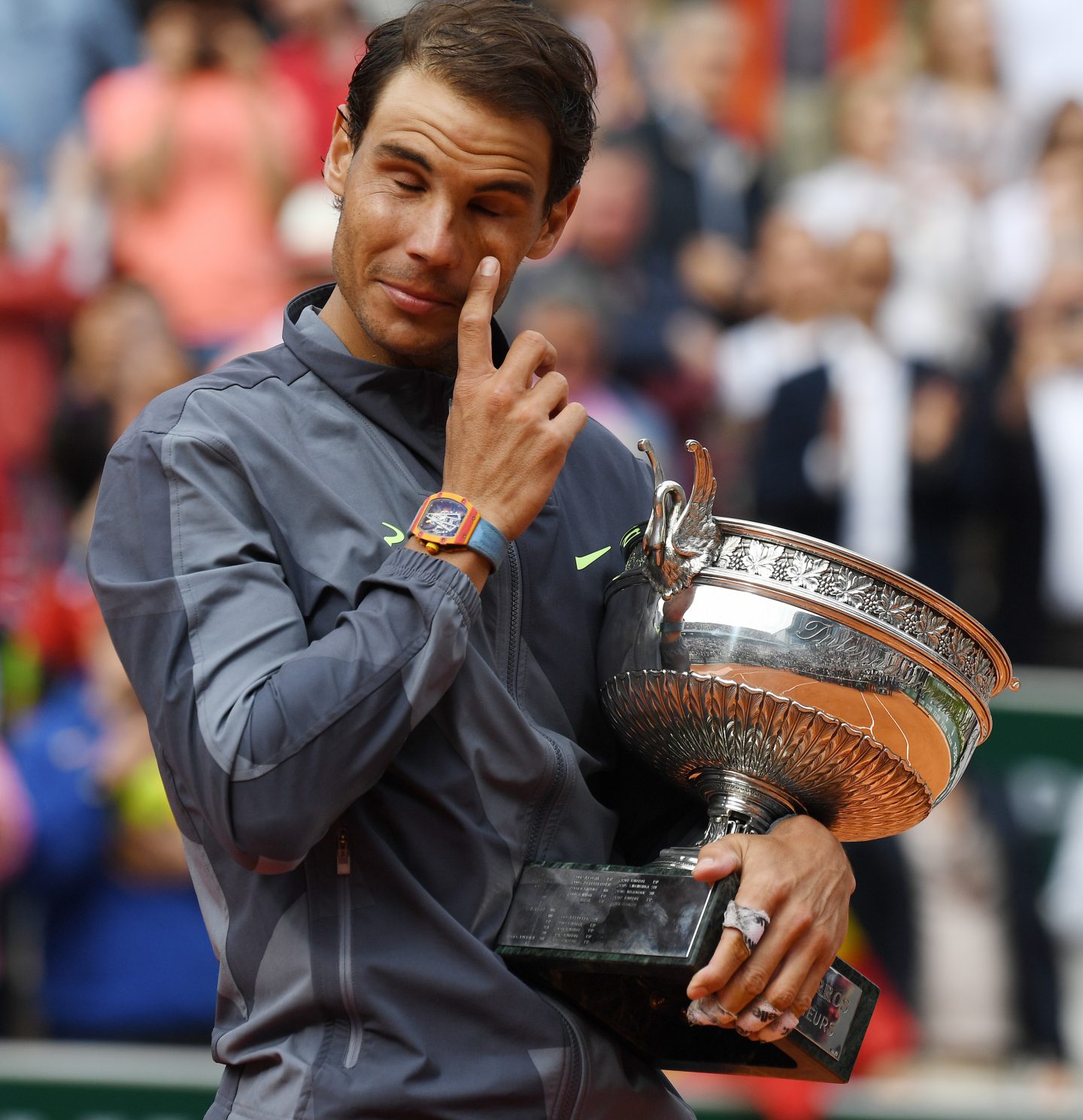 The 33-year-year-old began the final on a cloudy afternoon as he went to work wearing down Thiem, who needed two days due to poor weather to finish off his five-set semi-final win over Novak Djokovic and who came to the final without a rest day.

Nadal played his own semi-final on Thursday  beating Roger Federer, and enjoying two days of rest. 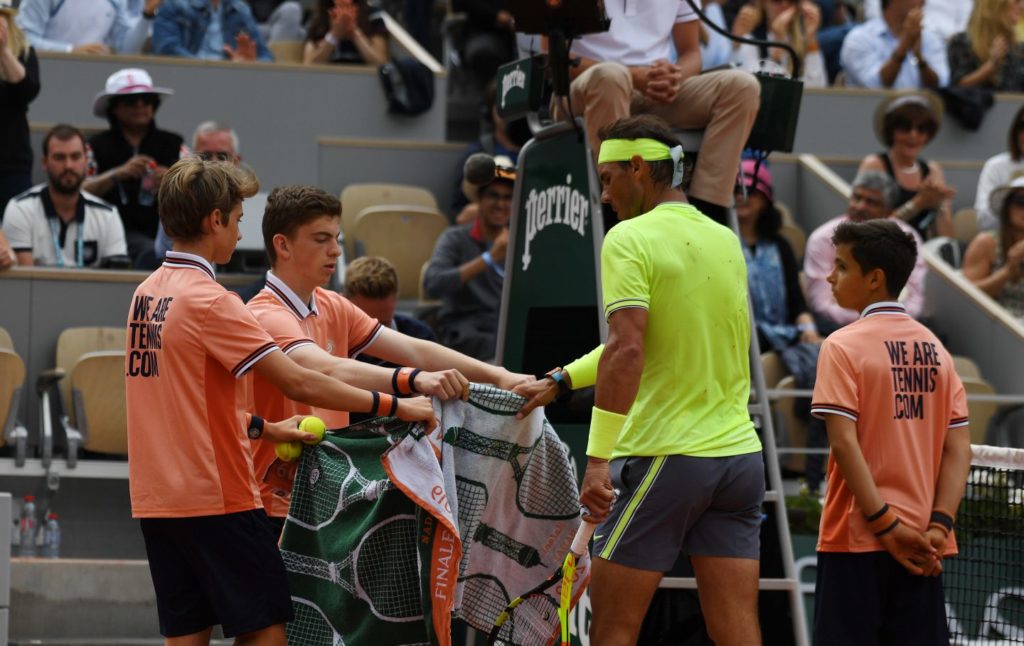 The return of the towels to Rafael Nadal at the change of ends in Mens Singles Final. Photo: Anne Parker International Sports Fotos

Thiem briefly threatened by winning the second set but was unable to capitalise on his momentum as Nadal against took charge with a sweep of the third 6-1 for a two-sets-to-one lead.

The second seed from Mallorca raced to 4-1 in the fourth set and was unstoppable as he finished off his afternoon’s work. 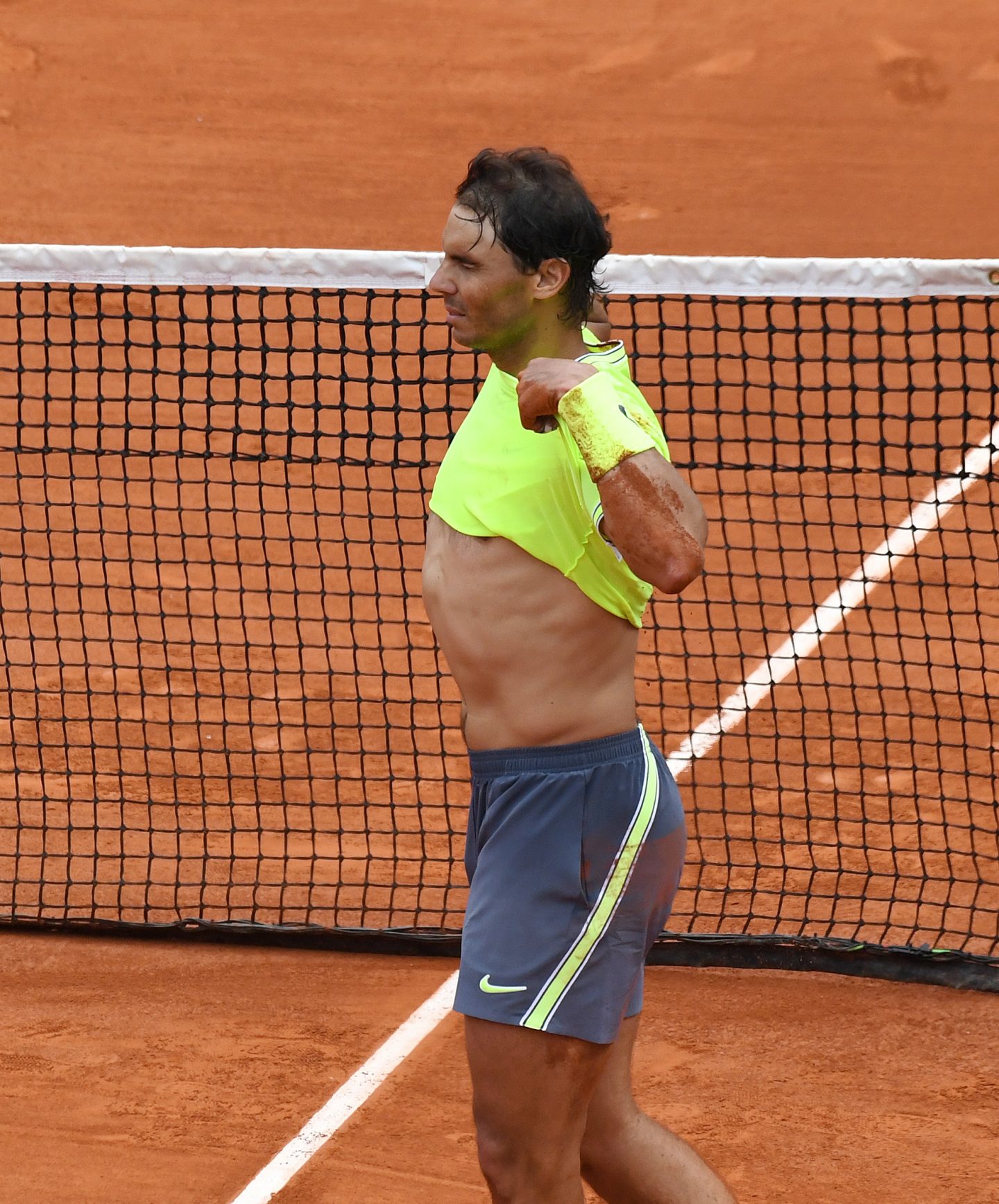