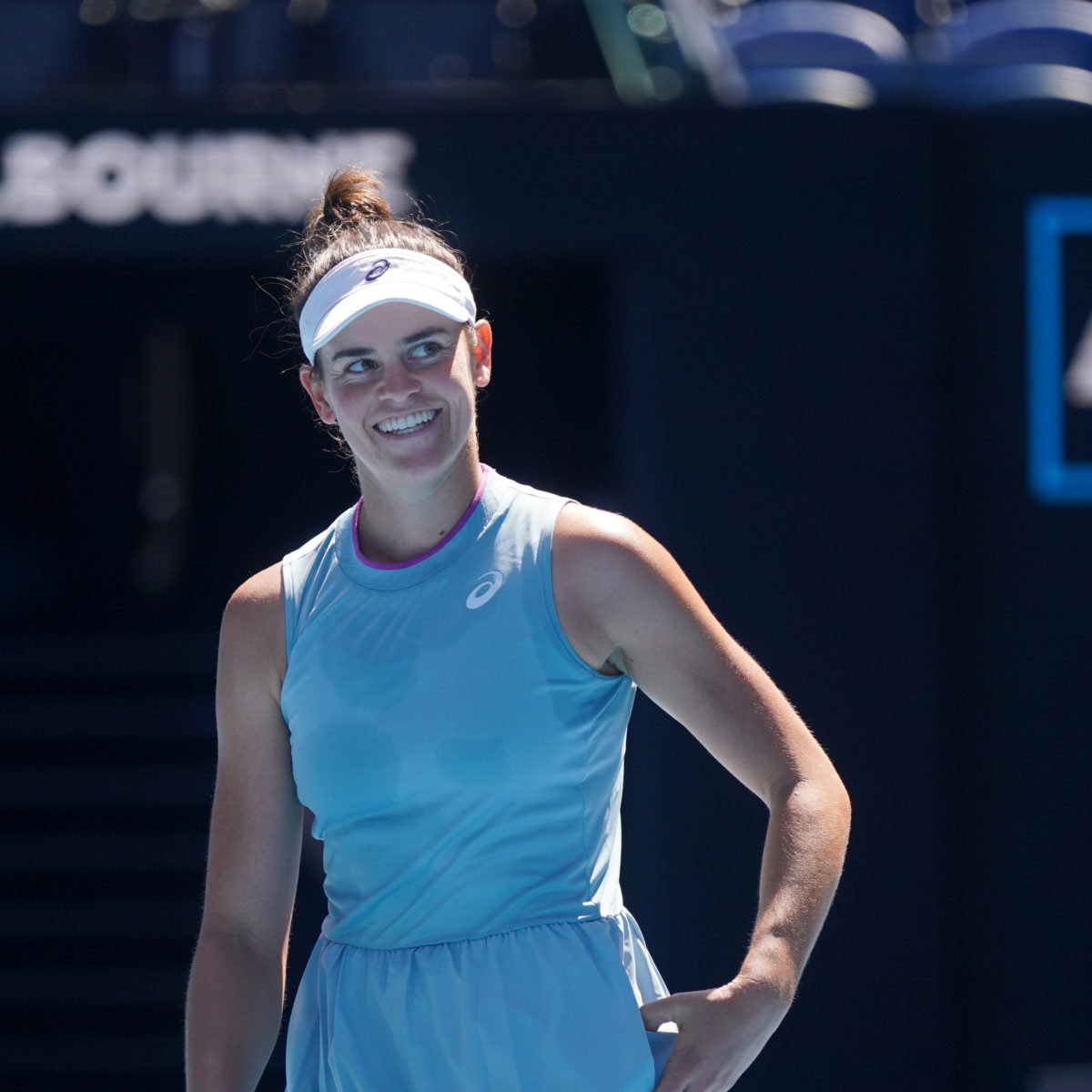 Jennifer Brady set up an Australian Open quarter-final clash with her fellow American Jessica Pegula after a dominant 6-1, 7-5 win over Donna Vekic in Melbourne today.

Brady raced into a 5-0 lead in the first set before Vekic spared herself a bagel, but Brady quickly adjusted to take first blood.

Vekic was the victim of her own downfall who a series of unforced errors and double faults that handed Brady the advantage.

She did carry an injury onto the match, and needed lengthy treatment at the start of the second set.

Something worked because she was a much improved player after that, pushing Brady hard.

But a double fault gave the American a chance to serve for the match, which she duly did.

“Super excited to be in the quarter-finals,” Brady said afterwards.

“That was a really tough match. I had to stay focused in the second set. I was getting a little ahead of myself but I was able to break and serve probably my best game at the end.

“In the first set I came out really strong, wasn’t making many errors. She was giving me a few free points here and there and I was taking advantage of that.

“In the second set, she stepped up and started playing better.”