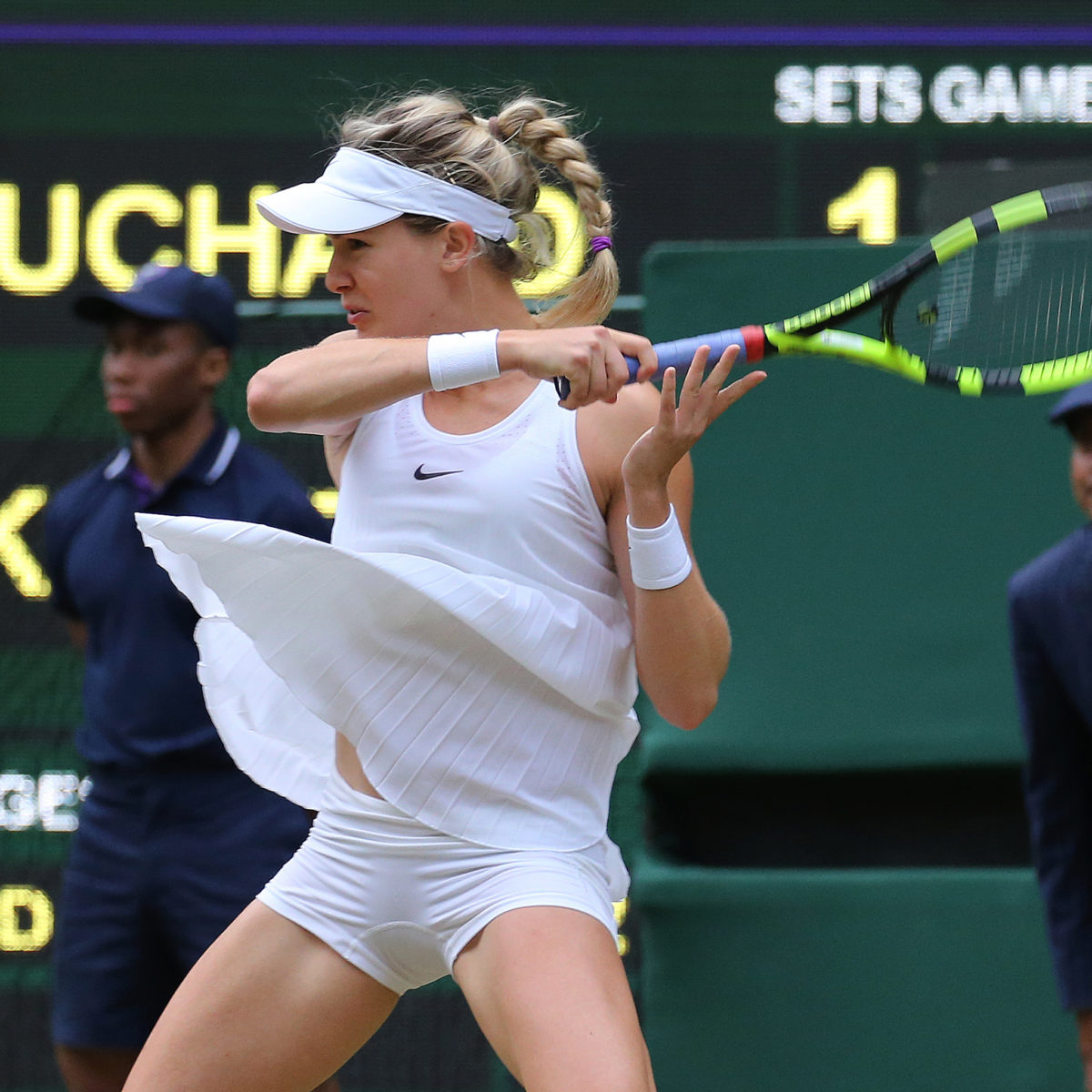 Eugenie Bouchard on Thursday reached the quarter-finals of the WTA Prague Open, scoring a three-hour revenge win over the opponent who knocked her out in the Wimbledon first round last year.

The Canadian will play for the second time this virus-interrupted season for a semi-final spot after defeating Tamara Zidansek 7-6(2), 6-7(2), 6-2.

“I felt OK out there, at times I played well but at times I didn’t play well at all,” Bouchard said. “My opponent has a good game for clay.

“When I was playing well I was dominating a little more. I was pretty proud of myself with how I was able to bounce back after losing that second set.

Bouchard said she kept her 2019 grass-court loss to the Slovene out of mind. “This was so different. It’s clay, it’s a year later.

“It’s important for me to learn, to maybe remember a couple of things I want to do on court, but not really to compare the matches.

Bouchard, once a Top 5 player who lost the 2014 Wimbledon final before sinking over the following seasons, played the quarters at the start of this season in Auckland,

The 330th-ranked wild card Bouchard led 4-1 in the opening set but eventually had to claim it in a tiebreaker before Zidansek levelled the sets,

In the third, the Canadian moved through in the second week of the WTA return following the five-month COVID-19 pause.