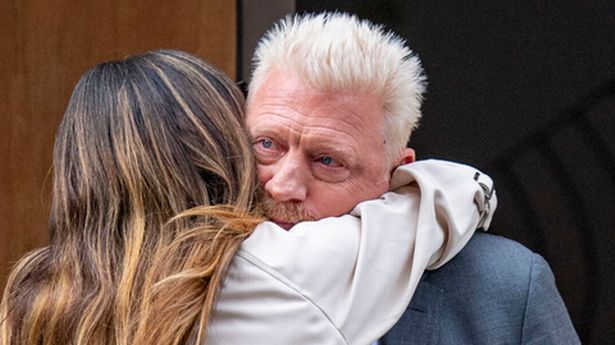 Boris Becker was released on Thursday from a British prison, with the six-time Grand Slam winner believed to be headed for a deportation flight back to his native Germany.

The 55-year-old had served eight months of a two-and-a-half year sentence for fraudulent bankruptcy.

The longtime London resident is set to be sent back to his birth country of Germany under a scheme to clear out low-risk foreign prisoners from UK jails.

The former BBC Wimbledon commentator is expected to end up in his hometown, where his aged mother Elvira still lives.