ATP Editor Picks The French Open The US Open 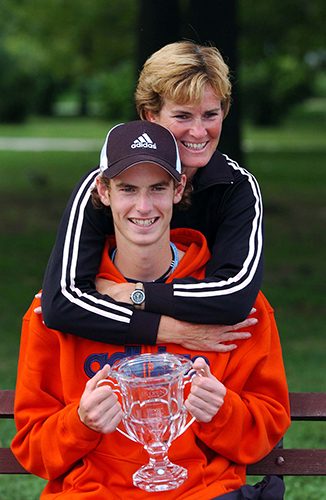 Tennis Supermum Judy Murray has told BBC Scotland that Boris Becker advised Andy Murray he should ditch his “pushy mum” after he lost to Novak Djokovic in the Australian Open Final in 2011.

Son Andy lost his first three Grand Slam finals before winning the US Open in 2012 and Wimbledon in 2013 and 2016.

During the radio discussion about mental health Judy confessed that “I really struggled” and did not leave the house for three days after seeing his comments on a newspaper billboard whilst out shopping locally.

“I called him out on it a couple of years later. I thought it was right to let him know how much damage he had caused by doing something like that.”

“He’s never apologised. I don’t think he would ever understand what he made me feel like.

“I’m not sure I’ll ever forgive Boris Becker for that,” she added.

“Boris Becker is such a huge figure in tennis and I thought, ‘people will think he knows what he’s talking about, they’re going to think that’s my fault’. And actually, I hardly ever went to the tournaments.

“Most players have their parents or their families with them at the Grand Slams. Those are the events where you need the most emotional support. It’s incredibly important.”

“I came in for an awful lot of criticism simply for being a competitive woman who was pumping her fist watching her kid play in the same way that I had done all of his tennis playing life,” she added.

“I was being singled out by people who had never met me, never knew what we’d been through. It made me feel like there was something wrong with being a competitive mum, whereas if I’d been a competitive dad, you’d be applauded.”

“Some players have been able to practice more than others depending on what country they live in, everyone has different travel restrictions, so it would be fairer”