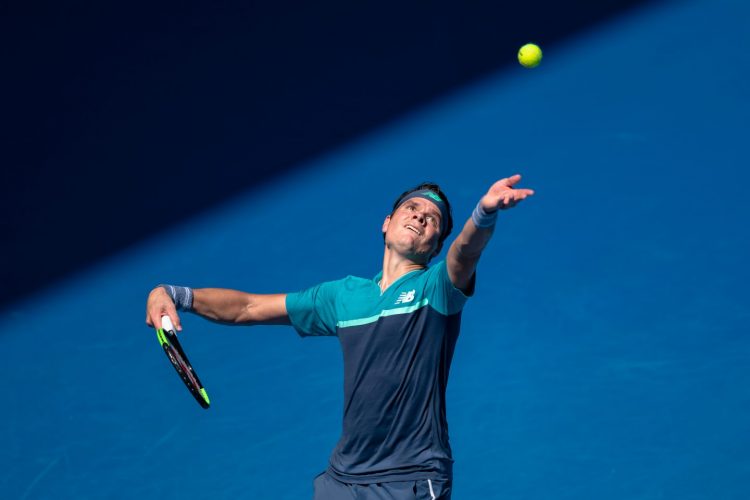 Resurgent Milos Raonic beat Stefanos Tsitsipas 7-6(5), 6-3 in a one-way semi to move into the Saturday final of the “Cincinnati” Masters.

Canadian Raonic, a 2016 Wimbledon finalist, has  been on fire this week at the no-fans event being staged in New York inside a protective player “bubble.”

The win in 98 minutes puts the 29-year-old winner into a final against Novak Djokovic or Spain’s Roberto Bautista Agut.

The winner has had a history of niggling injuries which have robbed him of any consistency; in 2019, he withdrew from 10 events.

Raonic will be aiming for a first Masters 1000 finals victory after losing his first three, the last at Indian Wells in 2016.

The winner who once ranked third in the world fired a dozen aces against Greek fourth seed Tsitsipas for his second straight win in the series.

Tsitsipas says he let his early chance go begging. “It was very close in the first set, Iwas up in the tiebreaker. But I had a set point but I framed a backhand.”

He said that his US open preparation for the major which begins on Monday here is in top form.

“I feel challenged, getting rest before the start is the last thing on my mind.

“I wasn’t able to play for so long. I’m enjoying being on the court. I can get better and do better, I’m motivated in my everyday routines.