Dominic Thiem unleashed a quarter-final upset of an irritated and tetchy Rafael Nadal, with the Austrian fifth seed blowing past the Spaniard 7-6(3), 7-6(4), 4-6, 7-6(6)  on Wednesday at the Australian Open.

Nadal went down in the first two sets after serving for the first; he won the third and but could not recover against the Austrian fifth seed whom he has defeated in the last two Roland Garros finals.

Thiem’s win in four hours, 10 minutes was his second defeat of a No. 1 at a Grand Slam since May when he stopped Novak Djokovic in Paris. 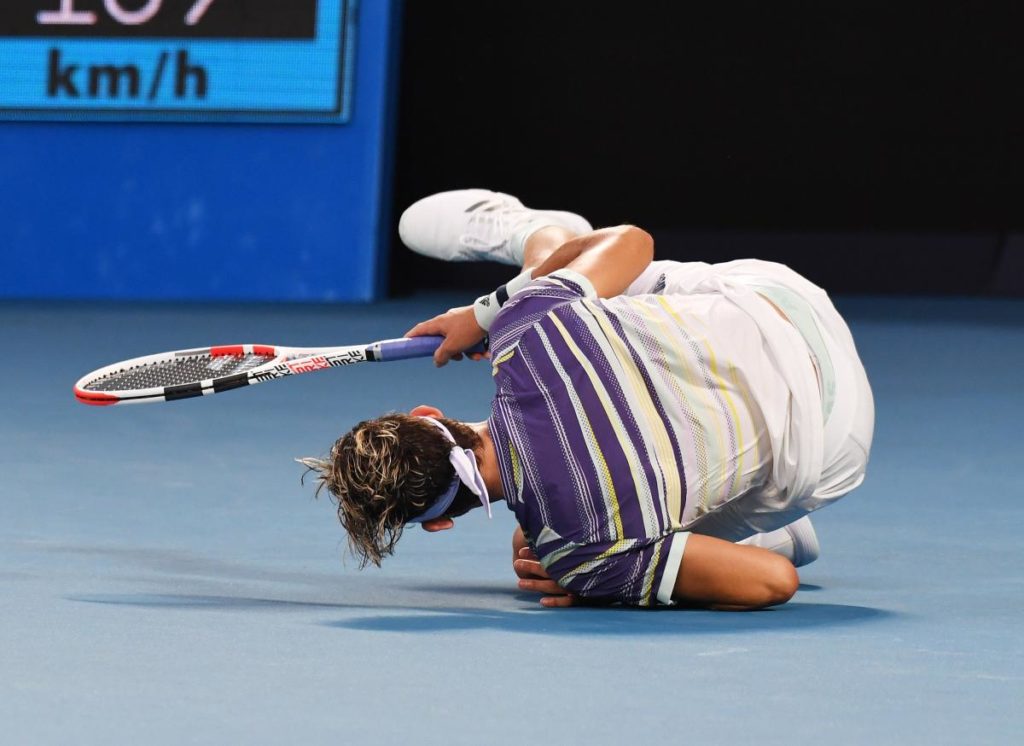 “I was down a break in both of the first two sets, but I played good tiebreaks, ” Thiem said. “The match was on a very good level on both sides. We were both on great form.”

Thiem added: “I got lucky with the net cords in the tight situations. early in the fourth set, I just wanted to stay in the match (he served for it leading 5-4).

“I couldn’t end it but I turned it around again in the last tiebreaker, there were a few demons in the head – everyone has them.

“My body feels good now, but let’s see how I feel tomorrow. I can’t wait to be back on Friday “

Thiem and Nadal were meeting for the sixth time in a Grand Slam, with the world No. 1 Spaniard winning the first five.

Thiem will play in Friday’s semis against Alexander Zverev, who broke new ground at with his comeback over three-time Grand Slam winner Stan Wawrinka, posting a 1-6, 6-3, 6-4, 6-2 win to book a first career semi-final spot at a major. 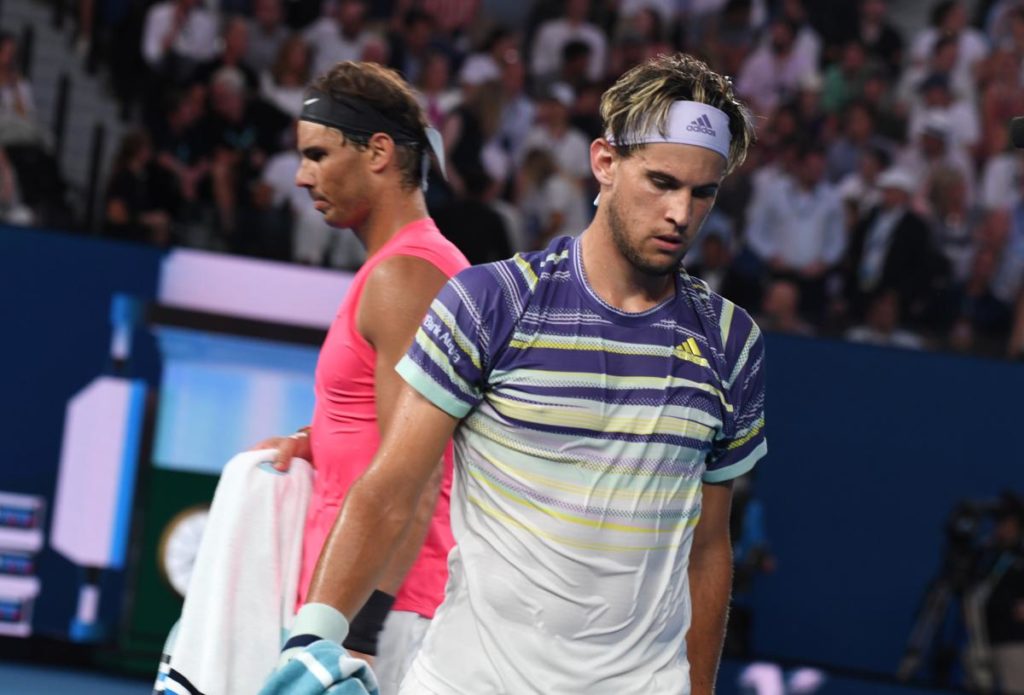 2014 Melbourne winner Wawrinka showed the best of his bludgeoning, heavyweight tennis in the opening set but was slowly overhauled as the seventh-ranked Zverev, whose previous best was a pair of Roland Garros quarter-finals.

Thiem saved a set point in the 67-minute opening set before winning four straight tiebreaker points on his way to the evening ;lead.

In the second, a Thiem double-fault gave Nadal a 3-2 lead; but the Spaniard lost it two games later on a double of his own, 4-4.

Nadal saved a Thiem set-winner with a down-the-line winer to eventually bring on a second decider. 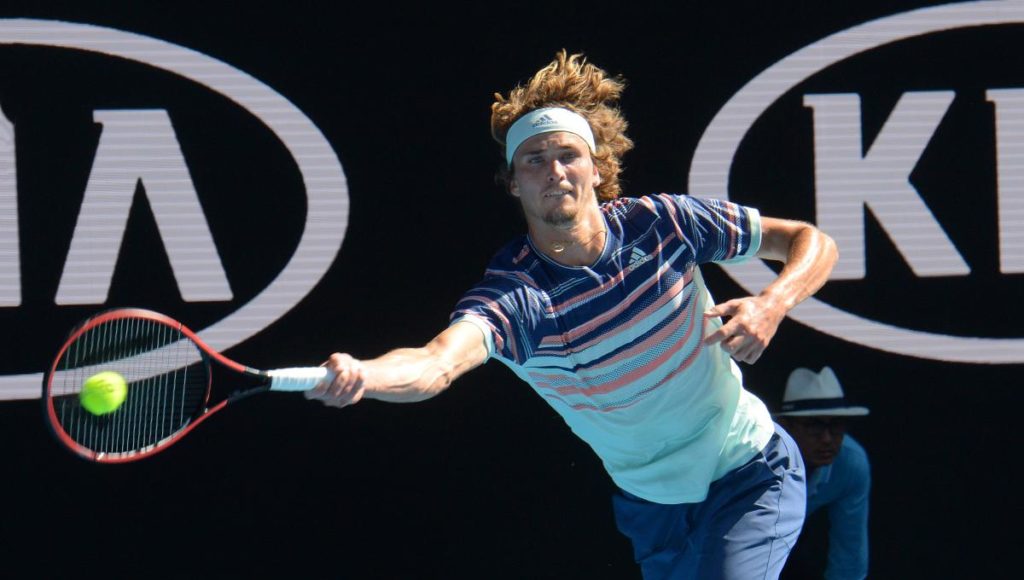 Thiem took a 4-0 lead but was pegged back to 4-all; a cross-court winner provided two set point, with one enough to do the job for the two-set lead.

The third stayed on serve, but one backhand error from Thiem opened the door for Nadal, who earned two set points. Thiem hit the net with the second as Nadal got back into the fray as the three-hour mark ticked over.

Thiem made a breakthrough for a 2-1 lead in the fourth set, holding to increase the margin to 3-1.

The Austrian nailed a 4-2 lead with his 12th ace as he moved into position for the upset.

Thiem slammed more than 60 winners as he moved to 5-3 command; the Austrian was overtaken by nerves, hitting the net with a forehand to face a pair of break points as he served for the win.

Thiem sent over an ace on the next point but drove a forehand wide as Nadal made it 5-all after his opponent’s four unforced errors. 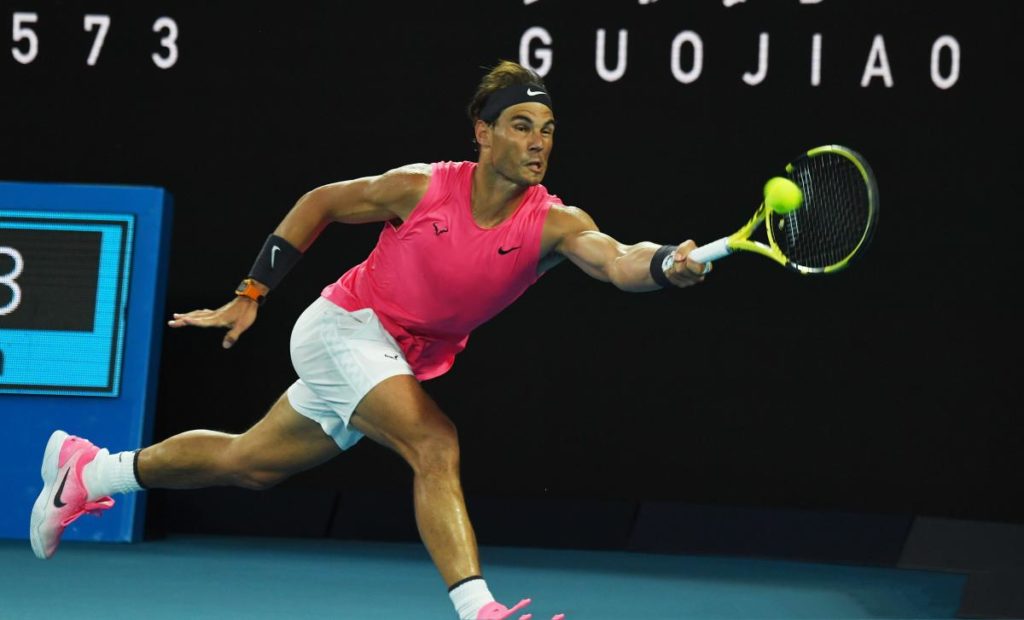 Zverev lost his first set of the tournament as Wawrinka prevailed in the opener but the 22-year-old quickly got into rhythm and took control..

“After the first set, I was getting ready to try and explain how I lost in straight set,” Zverev, who pledged to donate his entire cheque of around AUD 4 millon ($2.8 million) to bushfire relief, said.

“But my energy picked up after that.

“Stan came out firing and I had to get used to his ball, which was coming much quicker than in a night match.

“I seeded a set to get acclimated, but it turned out well.”

Zverev has turned a 0-3 start of the season at the ATP Cup on its head with his solid form in Melbourne.

“I worked very hard on my serve, it was horrible,” the player coached by his father said, “This is a Grand Slam ,where you are supposed to play your best tennis,

“I’ve been struggling with everything – even getting up in the morning,” he joked. 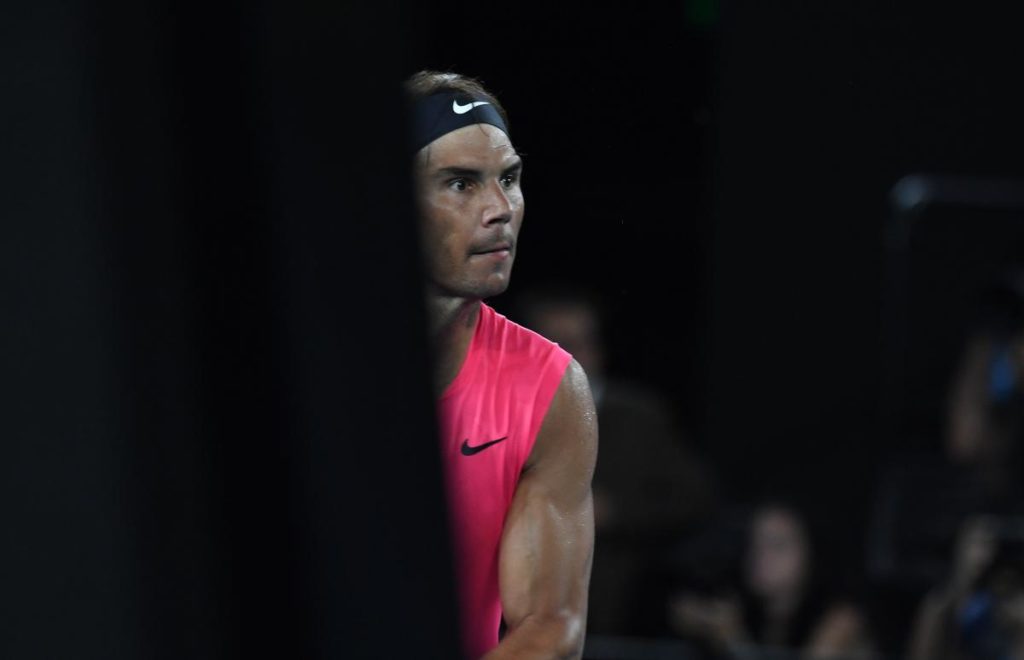 Zverev becomes the seventh German to reach the semi-finals at a Grand Slam – and the first since Tommy Haas at 2009 Wimbledon.

Wawrinka, 34, had been tested in earlier rounds with five-set wins over Andreas Seppi and fourth seed Daniil Medvedev.

“The fact that I wasn’t moving my best after a set didn’t help me, especially against a player so solid like him,” the Swiss said. 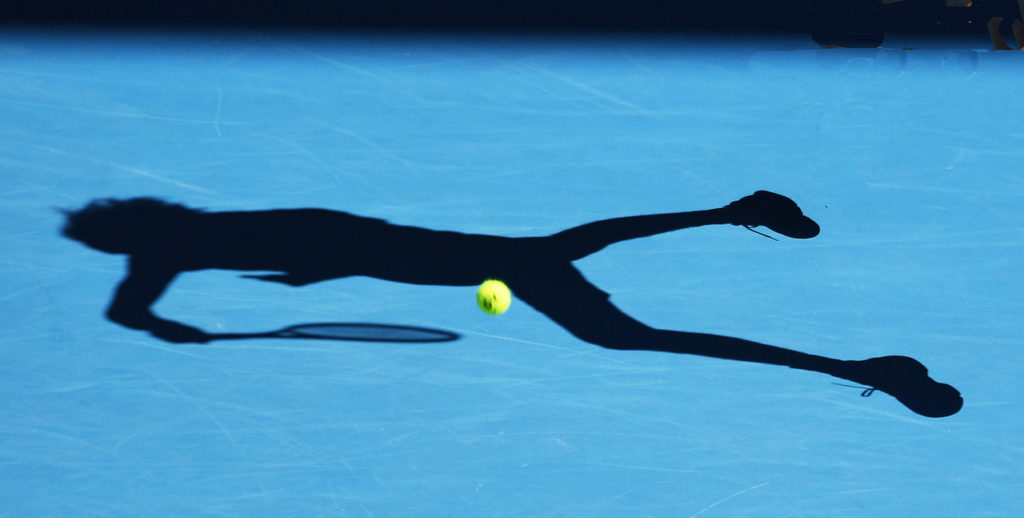 “When he serves like that, you always feel under pressure in the rally.

“In general I’m happy with the tournament. I had a really difficult first week. I had to fight a lot to still be here.

“The tournament was great. I’m happy to make quarter again, happy to see the level I have, the way I’m playing.

“It’s positive for the rest of the year.”

Sofia Kenin? To many casual tennis fans, the name is a new one. Who? Where from? How did she get … 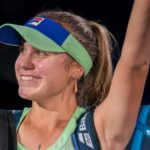