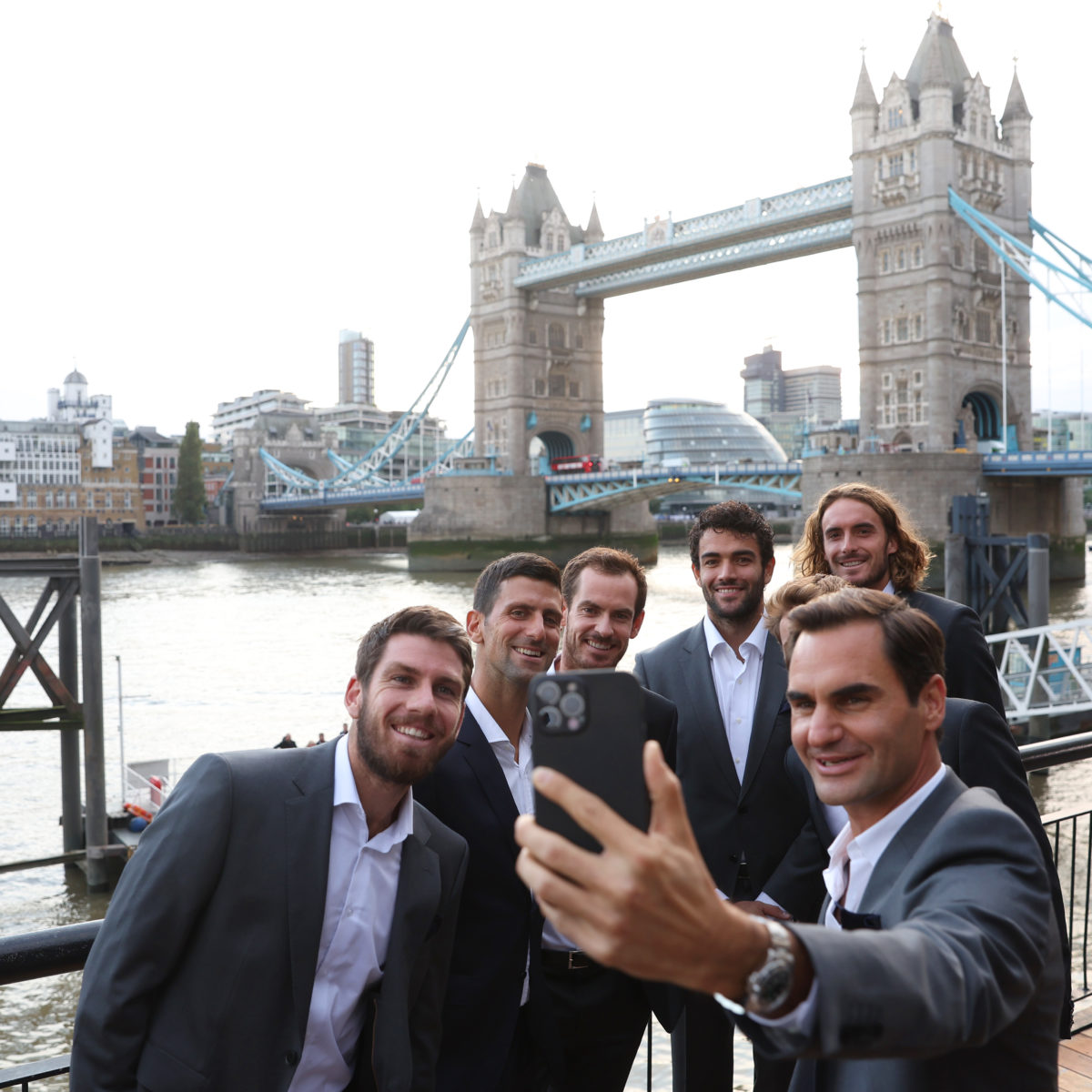 Matteo Berrettini handed Team Europe a 4-2 lead on Saturday in the Laver Cup in London, backed up by wise counsel from the bench straight from Roger Federer.

The Swiss icon who played his last match and retired here early on Saturday morning, was in full support mode after just a few hours of sleep following his tearful farewell to tennis in front of 17,500 fans in the O2 arena.

Berrettini could not get over the fact that he was receiving coaching from Federer, the legend himself.

“I’m not lying when I say that I’m here because of him,” the Roman who played the 2021 Wimbledon final said.

“But I was really pumped to step in and give my best. I’m really happy obviously for the win, but I feel like this weekend we’re kind of celebrating something that is bigger than Laver Cup, than tennis – it’s just him.”

Berrettini said the emotions from the retirement ceremony were still lingering in the air of the Europe v World team event.

“When when you’re on the court, you’re not thinking, ‘oh, my God, Roger is coaching me.’

“You’re just focusing on the next point, next game; sometimes you want help from the biggest players in everybody that is there on the bench.

“You just take any advice.

“One of the reasons why I couldn’t sleep was Roger was crying on my shoulder (overnight Saturday).