Bencic, Gauff all the go in Adelaide 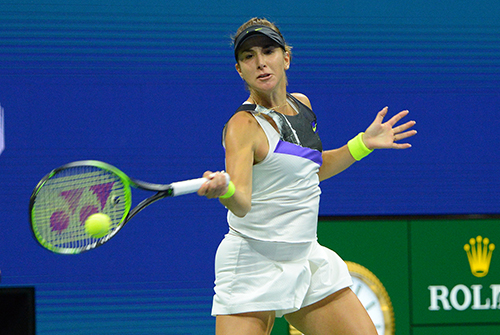 Teenaged qualifier Gauff made up for her second-round exit earlier this month by earning a 5-7, 6-3, 6-4 comeback over Croat sixth seed Petra Martic after two hours.

“I think I’ve just been taking it one match at a time, to be honest,” Gauff. aged 16, said. “I go into every tournament thinking that I can win.

“I try not to think far ahead in the match because you have to get through that before you can get to the finals.”

Gauff moved on to a quarter-final against compatriot Shelby Rogers, who knocked out Brit Johanna Konta in the previous round.

The 12th-ranked Bencic, who once reached fourth in the world, broke No. 86 Doi six times

“Misaki’s a very tricky opponent,” the winner said. “I had a good game plan, and I was trying to play really aggressive, stepping up with my game, not having fear, and definitely trying to build up my confidence here.”