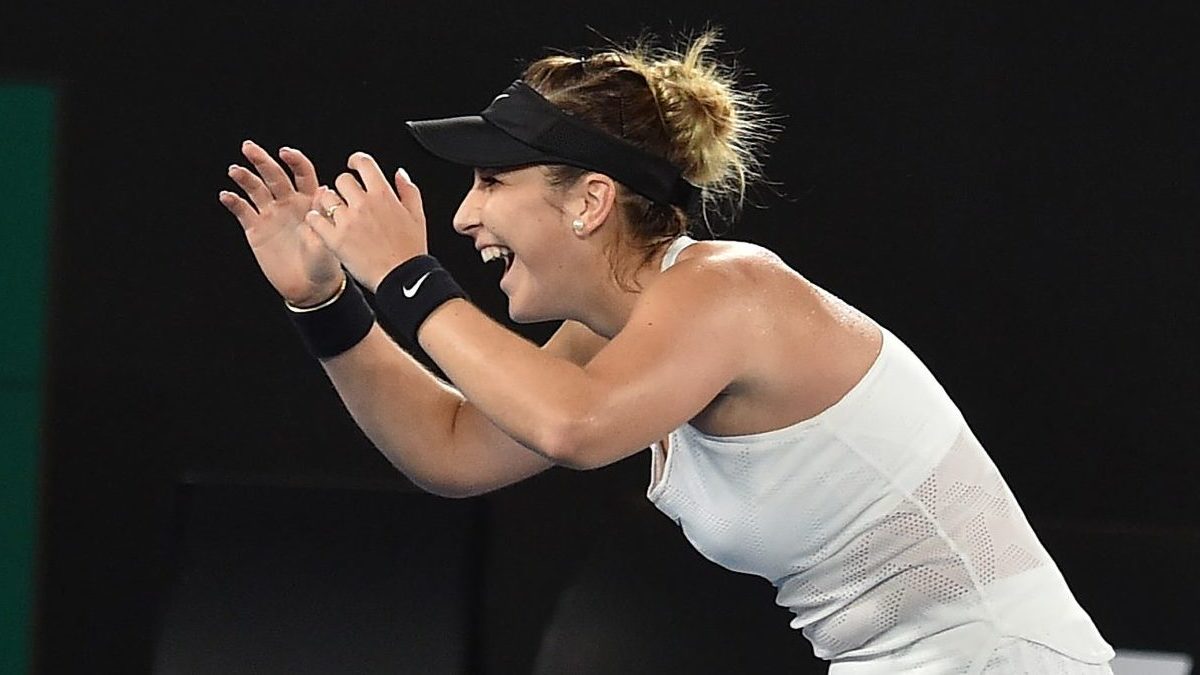 Belinda Bencic is preparing to take a flying leap – her first parachute jump – after beating Petra Kvitova 6-3, 1-6, 6-2 on Saturday to win the Dubai Championships.

The 21-year-old Swiss who is coached by her father, said that the upcoming adventure will have an interesting twist.

“We agreed that the next title I won, we would go skydiving – it may be funny, because my dad is afraid of heights.”

Bencic’s success in just under one and three-quarter hours over double Wimbledon winner Kvitova kept the Czech from reaching the WTA No. 2 ranking.

That would have given her a decent shot at overhauling Japan’s Naomi Osaka, winner of the last two Grand Slams and current tenant of the top ranking spot.

Bencic, who won the Hopman Cup with Roger Federer to start her 2019 season, swept the opening set, lost the second as Kvitova did the same and took a grip on the match in the third with breaks in the third and seventh games.

It took only one more game before the Swiss who once reached seventh in the world but slid due to several seasons of back and wrist injuries, wrapped up victory winning on her second match point. “This is amazing, I can’t believe it,” Bencic said.

“It’s an honour to be on the court with Petra, a great champion.”

Bencic won her last title as a teenager at the Toronto Masters in 2015; she owns three overall; she will make a jump to 23rd from 45th.

Victory over Kvitova was her fourth straight comeback this week at the Aviation Club; all involved late comeback, the first three from 5-3 down in the third set..

“There was not much I could do, Petra plays so fast, that I had to do the same,” Bencic said. “I just kept trying to return balls and put the pressure on her.

“Physically I feel great, though I need to take some rest,” said the winner whose last four matches all went to three sets.

Kvitova said she missed out on her opportunities.

“It was an up-and-down match today. She came strong (in the first). I came strong in the second. The third was really a bad game which I played (two double-faults to lose serve for 1-2)

“I was still believing I could turn it around, but I missed some easy shots. It was really tough to not be that ready as I wish”

The Czech added that it’s not all gloom and doom:

“I think I played better in Melbourne, I definitely I served much there than here.

“During the whole tournament I was fighting with my serve. She had confidence after winning from the match points down yesterday.

“Everything was just on her side.I think still I have my chances, too. Didn’t turn it around.”