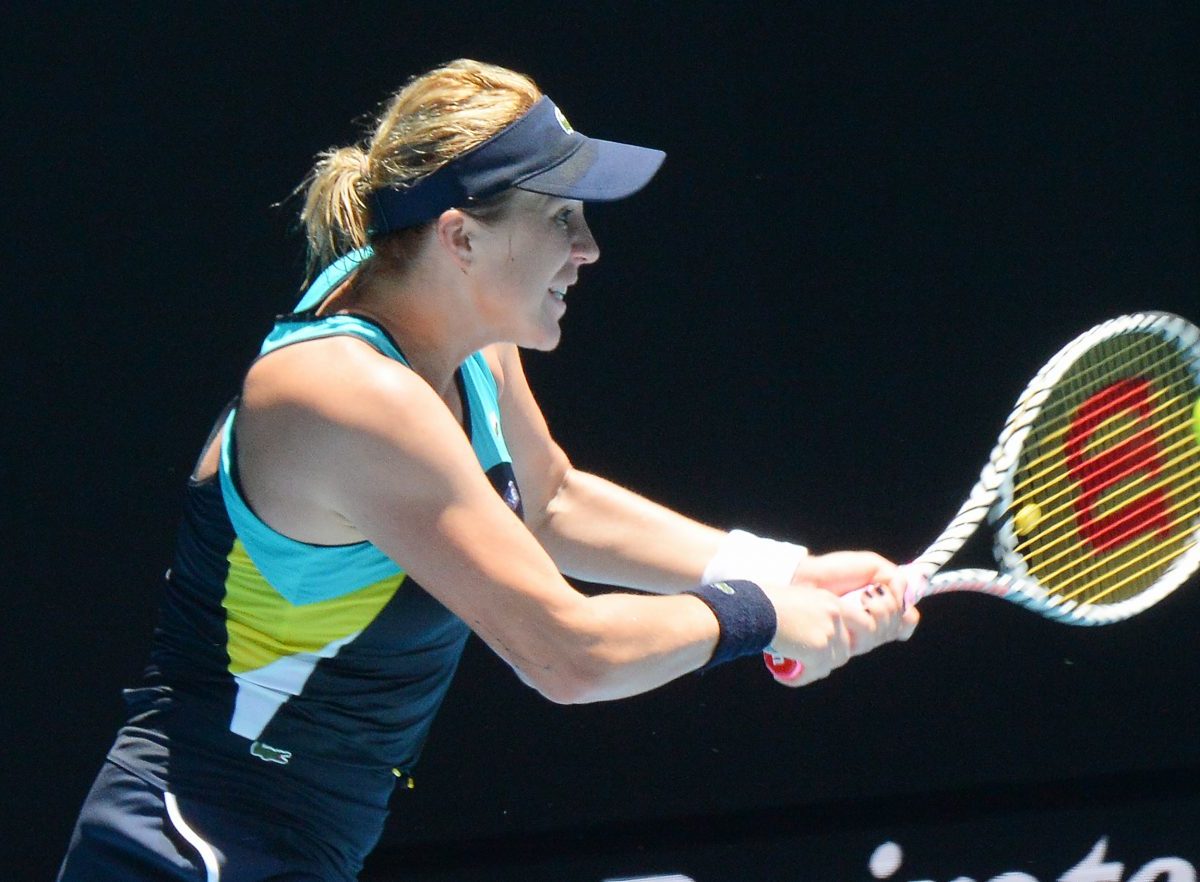 Belinda Bencic got away to the dream start – winning the first 19 points – but the Dubai Championships holder was unable to was wrap up a quick win, instead going out 1-6, 6-1, 6-1 to Anastasia Pavlyuchenkova.

The Tuesday debacle for the world No. 4 on the Aviation Club hardcourts was the second surprise for a former tournament champion on the day.

The American earned her second career defeat of a Top 10 opponent after beating Ash Barty in Brisbane last month.

Pavlyuchenkova, ranked 31st, had lost to Bencic in the Moscow final last autumn and stood 1-4 against the Swiss.

But after her dismal start here, the Russian suddenly hit her stride.

“It’s tennis, sometimes it happens, you go out there and you just don’t feel anything. It’s frustrating because I’ve been practising so hard;but I just kept on fighting, still trying to hit every ball, trying to be there

“It doesn’t matter what the score is, just play. Slowly I started to turn it around, I started to find my game.”

Pavlyuchenkova advanced in 92 minutes. “I honestly wasn’t focusing on the score. Sometimes you can play amazing tennis and still lose 6-1. In the third set, it was a good level from both of us.”

Svitolina, who lost to Barty in the title match at the ATP Finals last season, came to the emirate from Hua Hin, where she played the Thai quarter-final.

She is puzzled about what might be going wrong with her game after the loss in front of boyfriend Gael Monfils,  champion on Sunday at the ATP event in Rotterdam.

“It was not a bad start, but then everything just went downhill,” Svitolina said.

“I wish I could regroup better. In the end, I didn’t feel so good the ball. Just everything was all over the place today.

“At this level it’s tough to pick just one thing: everybody is putting the ball over the net, and you have to play long rallies, you have to build the points.

“Before I was more composed with my game – now it’s little bit of a struggle. Maybe mentally or something.”

Sofia Kenin admitted that she suffered a letdown during a 6-7(2), 6-3, 6-3 opening loss in Dubai on Tuesday to on-form Kazakh Elena Rybakina.

The Australian Open winner admitted she was far from her best as she became the third prominent upset victim on the day at the Aviation Club, joining holder Belinda Bencic and two-time champion Elina Svitolina on the sidelines..

“In Australia I felt like I was on a roll, I had a lot of matches. Here I’m just starting first match,” the WTA No. 7 said. .

“There’s a bit more pressure coming from my side. But I’ve just got to try to manage it for the next tournaments.

I just didn’t feel my game really well. Of course she played well. I just made too many unforced errors, I didn’t take my chances. I felt really off the whole match.”

Kenin lost in two hours to a 19th-ranked opponent who flew here after playing the weekend St Petersburg final against Kiki Bertens.

Rybakina stood 192nd a year ago and started her 2020 with the Hobart title.

The 1.85-m tall winner said she went to the court with few expectations after her dash from northern Russia.

“I didn’t expect that I would win. I tried to do my best. I wasn’t nervous at all because I knew it’s going to be tough.

“I didn’t think about that she just won the Australian Open, I know that now everyone could beat everyone.”

Kenin went up a first-set break, lost it but won the opener in a tiebreak.

That was all for the Floridian as her inspired opponent took charge to reach the second round in a shade over two hours.

Kenin is ready to charge ahead despite defeat.

“I’ve just got to prepare for doubles for tomorrow. Hopefully we can get the win.

“Next is Doha for me, I will try to do my best. There’s a lot more tournaments coming up, obviously more important ones and bigger ones.