Behind the scenes at the Australian Open 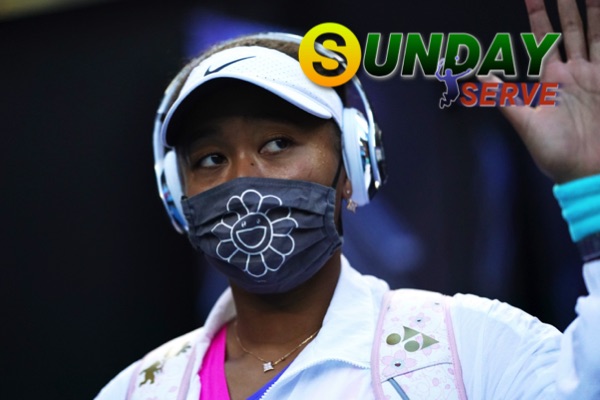 Our Sunday Serve weekly review of world tennis this weeks come from deep in the bowels of Melbourne Park, as players prepare for their matches, or return … both victorious, or in defeat.

But we will start with the unusual – and delightful – images of Victoria Azarenka taking her young son Leo to the post match press conference.

Leo looks on as mum answers questions from the world press, delighting those in attendance with an array of great facial expressions.

But it’s not all playtime behind the scenes in Melbourne, as our next series of images shows … although Daniil Medvedev had other ideas, juggling his rackers, to the delight of the stringers.

Players prepare for their matches in a variety of ways, as we can see here, with Ash Barty showing off her soccer skills.

Fiance Garry Kissick enjoys the pre-match build-up as Barty goes through her paces.

Andy Murray goes through stretching exercised prior to entering the court. For Andy, it wasn’t to be in 2022.

And neither, sadly, was it to be a repeat slam performance from young Brit Emma Raducanu, but she kept on smiling.

Medvedev, meanwhile, preferred the ball routine, before he headed out to play.

The obligatory ‘one for the ladies’ shot as Berrettini warms up ‘back stage’ before facing Alcaraz.

And the Italian chats with support staff during a warm down session in the gym after winning his match at Melbourne Park on Friday.

Then Berrettini is greeted by girlfriend Ajla Tomljanovic after his win over Carlos Alcaraz on Rod Laver Arena on Friday.

Below, Aussie firebrand Nick Kyrgios is caught discussing fan reaction after a match.

Nick and girlfriend Costeen Hatzi at Melbourne Park on Friday and then signals to photographers as he ushered away after the match.

Alize Cornet is greeted after her win on Thursday.

And Stefanos Tsitsipas has sunscreen applied to his face before his match on Thursday.

Bulgarian Grigor Dimotrov shares a positive thought as he prepares for his match on Thursday.

But it’s farewell to Aussie great Stam Stosur, after she retired from singles events on Thursday, here pictured backstage with her mum, Diane.

Amanda Anisimova was caught in an image shoot-out before her match, which she won, on Friday.

Ash Barty was full of confidence as she prepared for her Friday match. No hiding from the cameras for the world no. 1.

For the defeated, it is often a long walk, as Naomi Osaka leaves a press conferenced after her loss on Friday.

Earlier Osaka and Anisimova met at the net after the American had defeated the defending champion.

The long walk on to court can be equally challenging, waiting in the tunnel to be introduced, as we find Aslan Karatsev here, before his match on Friday.

Rafa Nadal in deep concentration on Friday, as below, he emerges with an arm full of rackets.

And finally … the fans, the ball boys and girls. Let’s not forget them….

Fans enjoy Garden Square in the late afternoon during the Nick Kyrgios match on Thursday.

And how could we not post this great picture of the future of tennis.

Sunset above Melbourne Park, with the city skyline providing a dranatic backdrop to the 2022 Australian Open.

Fans watch the Thanasi Kokkinakis play against Yannick Hanfmann on Court three on Day One of the event. And below, Hanfmann celebrates victory.

As the sun sets over Rod Laver Arena to end our pictorial review of week one at the Australian Open.