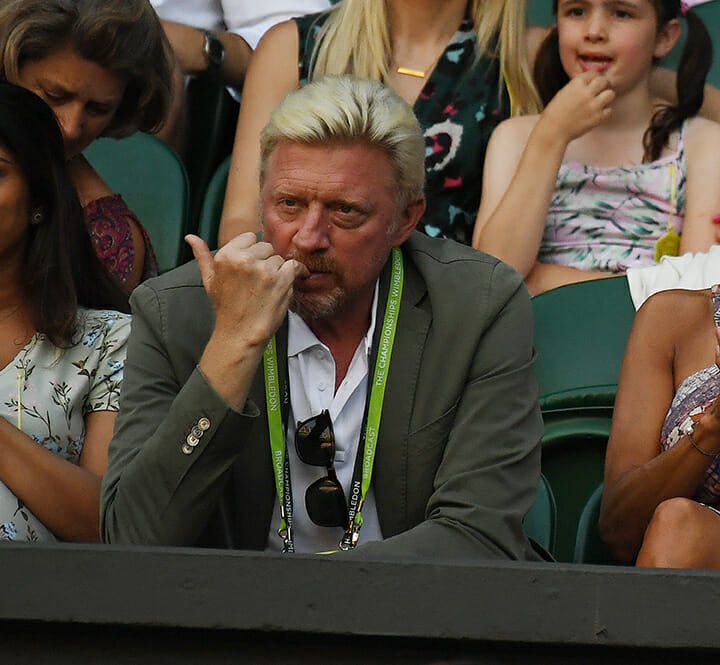 Boris Becker has not ruled out a return to coaching.

Becker, who coached Novak Djokovic, winning six Grand Slam titles, told Eurosport he would like another crack at coaching.

“I wouldn’t rule out the possibility of becoming a coach again,” the 52-year-old said.

“In the current situation, it’s not possible because I’m responsible for the men’s Team Germany.

“But nothing is eternal. If there are players who interest me, who allow me to coach so and want to be open with me, then that’s something I could definitely consider.

“The problem is that it is very time-consuming. As a coach of Novak Djokovic, I spent 25 to 30 weeks with him. I have a family and I have other professional projects that I need to manage. But I don’t want to rule it out completely.”

Becker also told the Eurosport podcast he had a conversation with Djokovic, after the Serb had lost the No.1 ranking to Andy Murray in 2013, to ensure they were the right fit.

“My promise to him was that I had to tell him open and honestly the truth,” Becker said.

“I told him ‘the reason why you might not be so good anymore is because you felt too good as number one, you didn’t improve. The other players like (Rafael) Nadal and (Roger) Federer have adjusted their game. I don’t like your positioning on the court, I don’t like your serve at all.’

“We had a long conversation. He had already won many Grand Slam titles and was an absolute superstar, but he wasn’t satisfied with himself and he sought for more.”