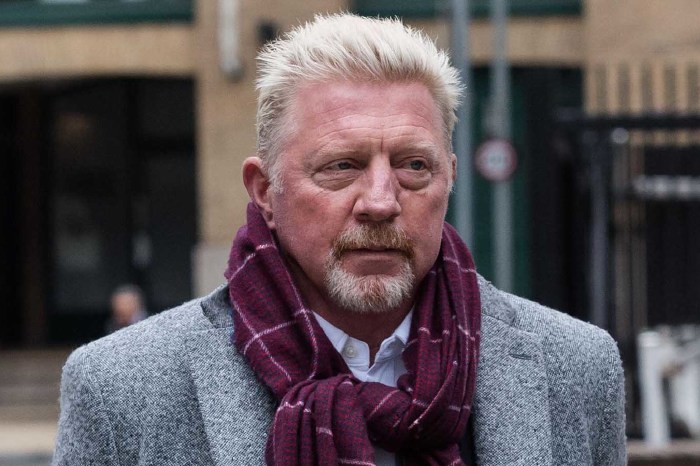 Boris Becker’s move to a “softer” British prison for foreigners could indicate the fallen tennis hero is being prepared for deportation at the end of his sentence.

The six-time Grand Slam champion was sentenced on April 29 to a two-and-a-half-year sentence for hiding up to £2.5 million in assets from bankruptcy creditors.

Becker has spent the last three weeks in South London’s notorious Wandsworth prison, considered among the roughest and worst in the country.

But British tabloids report that the 54-year-old who has lived in London for a decade will – as is customary in such cases – spend only half of his sentence behind bars after being moved to the less-strict Huntercombe prison near Henley-on-Thames in Oxfordshire.

The facility was originally built as an internment camp during World War II, but was converted to a jail and now holds 400 foreigners.

Records indicate that almost all were deported when their time was up.

Becker looks like the perfect candidate for deportation to his native Germany since he never applied for UK citizenship during his time in the country.

It is said to contain a library and some form of a gym for use by prisoners.