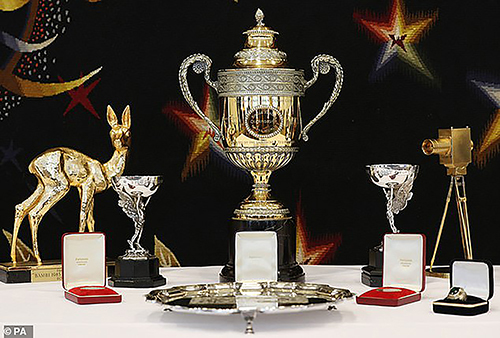 52 year old London resident and six-time Grand Slam winner Boris Becker today pleaded not guilty to 28 counts of failing to declare properties, including his first Wimbledon trophy from 1985 he won as a 17 year old, having previously been declared bankrupt in London in June 2017.

Becker is accused of not complying with obligations to disclose information.

The “missing” trophies were intended to be auctioned to help pay off liabilities including £3.3 million to London based private bankers Arbuthnot Latham.

The new indictment took fifteen minutes of the forty-five minute hearing to read in Southwark Crown court. Other missing silverware included his 1989 Wimbledon trophy and his Australian Open trophies from 1991 and 1996.

He only spoke to confirm his name, to enter his pleas, and confirmed  that he understood t a warrant would be issued for his arrest if he absconded on bail.

He was further advised that his trial would be listed to take place in September 2021.

At an earlier hearing in London in January 2018, then aged 50, the German television broadcaster and father of four children, appealed for help in tracking down five missing Grand Slam trophies.

His London-based bankruptcy trustees said in a statement issued at the  time that Becker had helped collect some of the trophies and other memorabilia that he amassed during his career which earned him US$25 million in prize money alone.

But his trustees added: “A number of the trophies of Mr Becker’s career are unaccounted for as Mr Becker is unable to recollect where they are located.”