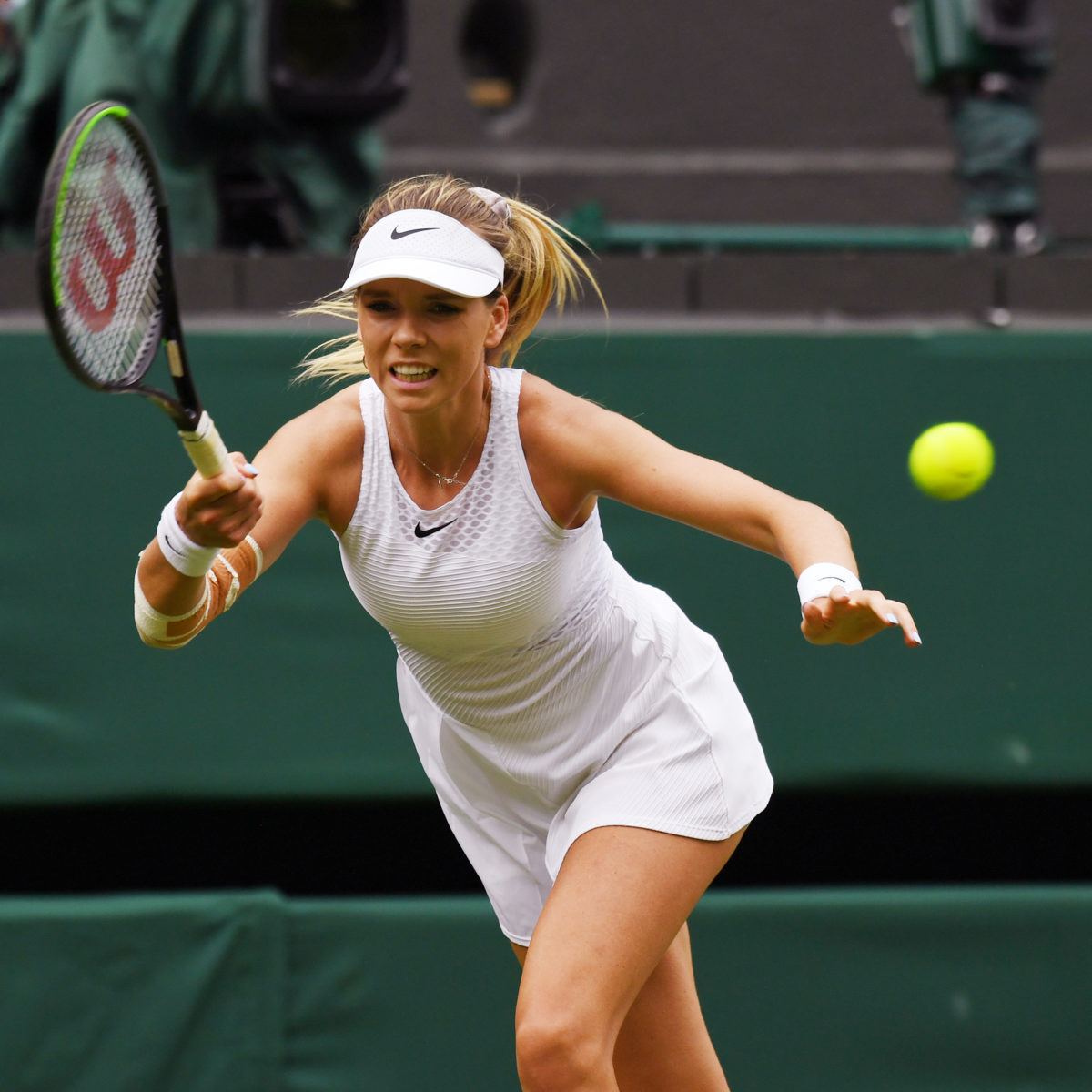 British outsider Katie Boulter rose to the occasion for the biggest win of her career on Tuesday as the No. 127 stunned Wimbledon runner-up Karolina Pliskova 1-6, 6-4, 6-4 at Eastbourne.

The local player took down the two-time winner of the pre-Wimbledon warmup on the English South coast in just over two hours.

Boulter, who will play Wimbledon on a wild card entry, joined fellow underdog Marta Kostyuk in staging a second-round surprise at Devonshire Park as she knocked out the fourth seed.

A pair of qualifiers played out of their league, with soon-to-retire Belgian Kirsten Flipkens upsetting 13th seed Elise Mertens 6-2, 2-6, 6-1.

Boulter fought hard against Pliskova, whose season only started in March at Indian Wells due to injury.

The Brit was unable to convert on her first 13 break points before finally starting to click.

“I’m super proud of myself today,” the winner said. “I went out not feeling so great on court.

“But I worked hard and battled; it means so much to me coming through like that,” the 25-year-old said.

“In the second set I was able to start turning it around after missing a lot of opportunities in the first set.

“I stayed with her when I could and tried to close out all of my games. I got goosebumps from the crowd support.”