Battling Alcaraz made to fight for Masters victory 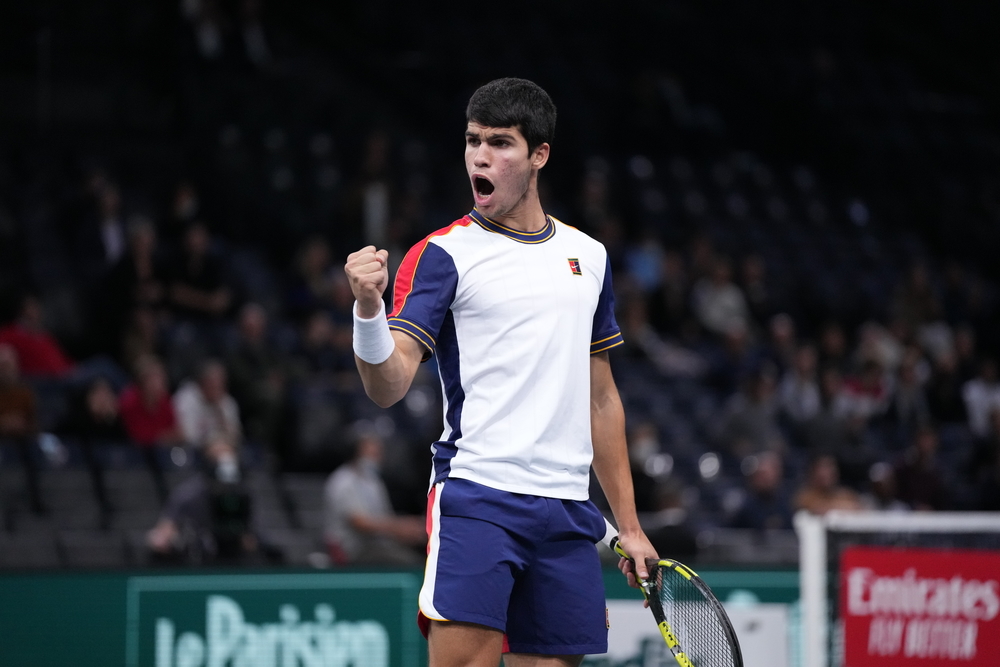 Carlos Alcaraz was made to fight for victory on his debut at Paris Masters, beating Pierre-Hugues Herbert 6-7(4), 7-6(2), 7-5 in a match that had fans on the edge of their seats for the entire three hours.

It took a while for the normally dominating Alcaraz to find his rhythm as he lost the first set in a tiebreaker to there Frenchman after 57 minutes.

Herbert went 2-0 up in the tiebreak in the second set but Alcaraz fought back, winning an astonishing 11 of the next 12 points.

Alcaraz saved to break points in the third before breaking serve in the sixth game to go 4-2 and take the match.

“He’s a phenomenon because he’s winning with maturity, which is extraordinary for his age,” Herbert said after the match.

“He has results that only the best are able to have at his age, so he’s an excellent tennis player… He impressed me indeed with his maturity for his age.”

Alcaraz will play young Italian Jannik Sinner next in what experts predict will be another classic.