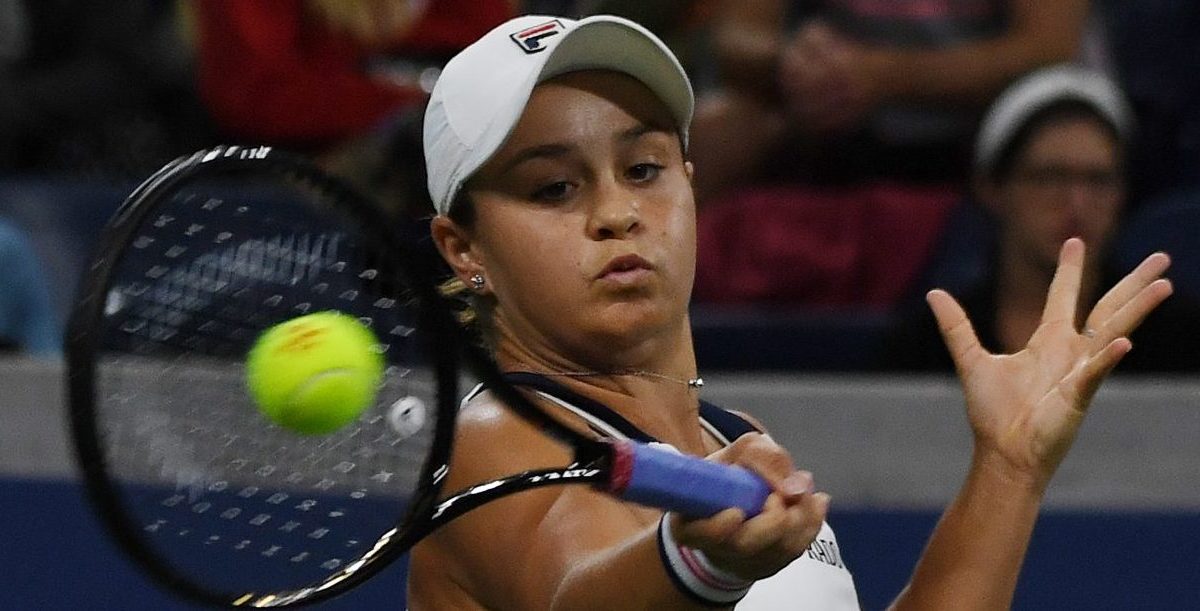 Top seed Ash Barty cranked out a 6-2, 7-6 (2) victory on a rain-delay Day 3 at the US Open, with the Australian advancing over American Lauren Davis on Wednesday.

The Australian was tested for more than two hours by Davis. “I think I played a pretty good match, pretty clean match on my serve,” she said. “I was creating opportunities in the second set. I just couldn’t take advantage of them on Lauren’s serve.

“The beauty of this sport: now that I’m still alive in the tournament, I get an opportunity to do that in my next round.”

There were mixed results for the Williams sisters, with the veteran pair of former champions splitting the difference in the second round.

Serena came through a test against American Katie McNally, aged 17 and ranked 121, who gave the 37-year-old a taste of the tennis future under the closed roof of the Ashe stadium.

Even the mid-match delivery by a perplexed ball kid of a cup of coffee ordered to to revive flagging spirits could not help Venus Williams to victory.

The American won who her pair of Open titles back-to-back almost two decades ago, was eliminated 6-4, 6-4 by fifth seed Elina Svitolina.

So great was the age difference between Serena and McNally  that Williams had already won her first Open title in 1999 and reached her second final in New York (2001) by the time her opponent was born in November  2001.

The fearless youngster won the first set on a break-back of the crowd favourite and saved four set points trailing 2-5 in the second before Williams managed to
level at a set each.

She then rolled out to 4-0 in the third as experience pulled her through. to the win to stand 19-0 in second-round matches here.

“She really came out and played well,” Serena said. “She had absolutely nothing to lose and played like it – she had no fear.

“It’s refreshing she can play serve and volley, I don’t see much of that now.

“I could not have played much worse at points in this match. I had so many forehand errors,” the 23-time grand Slam winner said.

“But I knew I could play better – I just had to let Serena come through.”

She added: “I survived tonight, but I’m not at all pleased with how I played.”

Venus, 39, had been bidding to reach the third round here for the sixth straight season.

But Svitolina had other plans under the Armstrong roof, coming back form a second-set deficit to secure victory.

As usual, Williams kept most of her opinions on the performance to herself.

“There were a lot of positives for me today,” the 39-year-old said. “I served well and I played well. She played well.

“There’s a lot for me to build on from there. I’m excited to get to my next matches and sad it had to end early here.”

Svitolina, with most of the crowd cheering her opponent, kept her attention limited.

“I try just to focus on myself. That’s what I’m trying to do all the time that I’m playing in front of big crowd who is against me.  And so far it works.

“It’s a challenge, I would say. You’re playing not only against opponent but you’re also against people (fans). You have to accept. You have to really turn it upside down.”

Third seed Karolina Pliskova reached the third round over Miriam Bolkvadze, a qualifier from Georgia 6-1, 6-4.

“I guess she was a little bit nervous , my nerves were a little less than the first day.

“it always helps when you get the first match done. Then doesn’t matter what is in the next round (today).  I thought everything was just somehow better.”