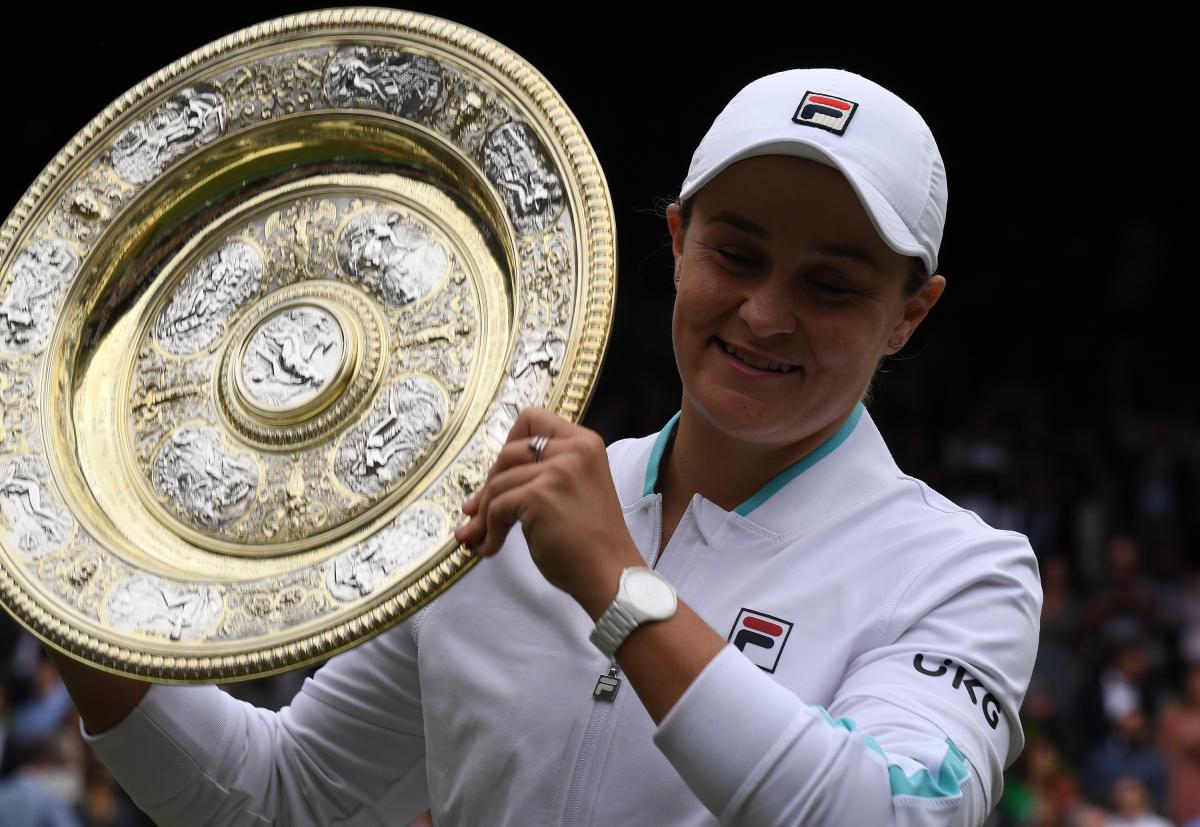 Ash Barty won her second Grand Slam title on Saturday as she held off Karolina Plislova 6-3, 6-7(4), 6-3 in the Wimbledon final, the first here for an Australian woman in more than four decades.

Victory for the world No.1 came 50 years after her tennis idol Evonne Goolagong claimed the first of her two Wimbledon titles in 1971, following on nine years later by beating Chris Evert in the 1980 final.

2019 Roland Garros champion Barty made the now-traditional climb into the stands to hug her team after victory in a shade under two hours.

She took victory after failing to serve out a straight set win, but persevered in the third, setting up match point with her seventh ace before her Czech opponent drove a return into the net.

“This is incredible, I loved testing myself against her,” Barty said. “Thanks to everyone in the stadium – you have made my dream so special.

“In the third set, I just kept fighting, Karolina is an incredible competitor, she brought out the best in me.

“This match was exceptional from the start.

“I hope I made Evonne proud, winning was an incredible achievement for all of my team.”.

Pliskova, who lost the US Open final five years ago to Angelique Kerber, was a bundle of tension from the start, losing the first 14 points in 10 minutes, with her opponent taking a 4-0 grip in the set after a quarter of an hour.

With five breaks of serve in the first seven games, the level of play was marginal, with Barty dropping serve while trying to serve out the set leading 5-2.

The top seed managed to eventually take it after 46 minutes.

The two exchanged breaks early in the second set, with the 29-year-old Czech levelling at 3-all after losing her serve in the fifth game.

The Australian began the game with a double-fault and drove a forehand long to allow her opponent two break-back points.

Pliskova took advantage as the set went into a tiebreaker.

In the decider, the Czech began to find her powerful strokes, setting up four set points and squaring the contest at a set each on her third chance as Barty produced a sixth double-fault.

The first third set of a women’s final since 2012 started with Barty struggling to maintain a 40-0 lead before finally holding before breaking Pliskova for a 2-0 margin.

The Australian extended to 5-2 and successfully managed to serve it out on her second chance 45 minutes after her first,

Pliskova, fourth  Czech woman to reach the Wimbledon singles final, had 27 winners to 30 for Barty, with the Australian on 29 unforced errors to 32 for the Czech.

It was the first Wimbledon final since 1977 where both participants were making their debuts in the title match.