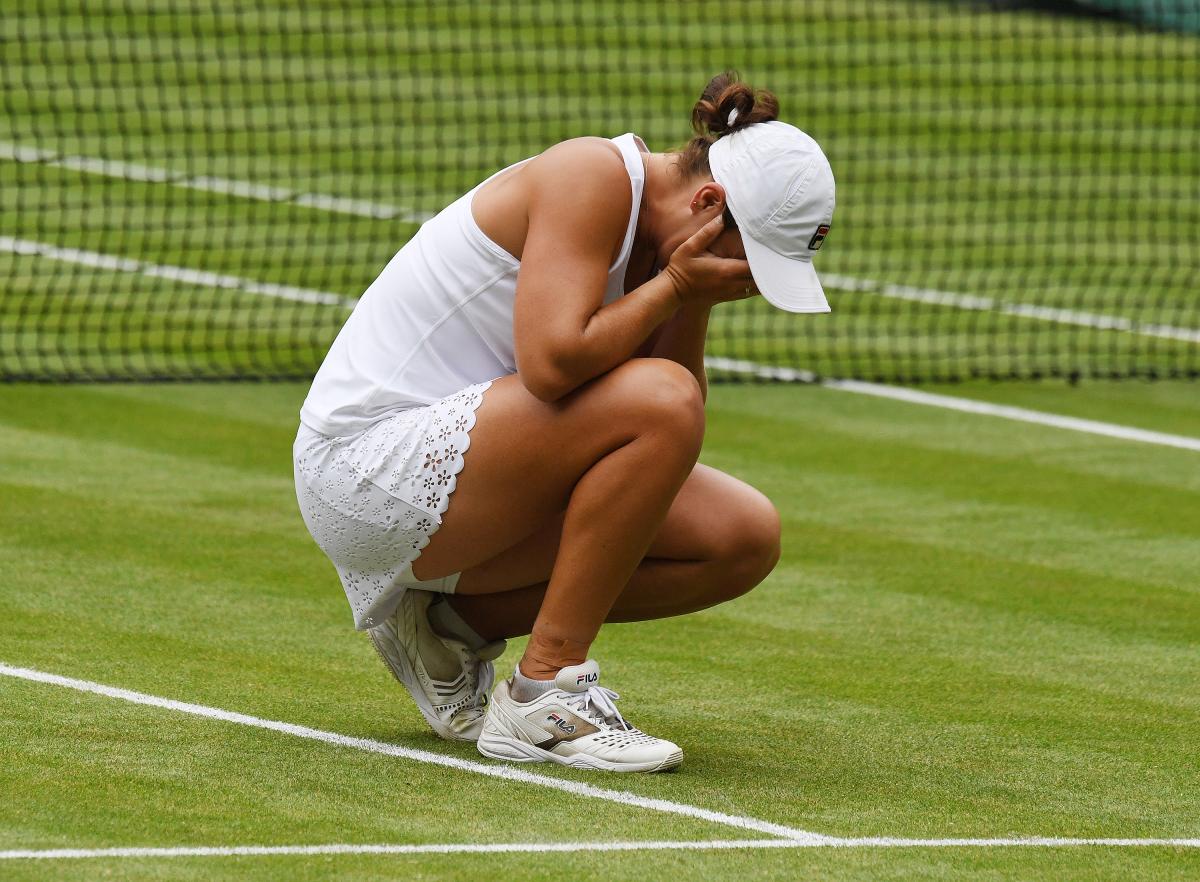 Ash Barty admitted she couldn’t remember match point as she came from a second set defeat to beat former No. 1 Karolina Pliskova at Wimbledon today.

It was a childhood dream fulfilled for the Queenslander who became the first Australian woman since Evonne Goolagong in 1980 to lift the title here, beating Pliskova 6-3, 6-7(4), 6-3 in just under two hours.

“I can’t even remember match point,” the delighted champion said after winning her second major following Roland Garros in 2019.

“It took me a long time to verbalise my desire to win this trophy, to dare to mention that I wanted to live my dream… but this is better than I ever could have imagined.”

The battle featured a few momentum shifts, with top seed Barty, who came onto the grass with no match preparation after a hip injury which forced her to quit Roland Garros, dominating until a set and 3-1 when Pliskova’s early nerves evaporated and her big-hitting game came to the fore.

The Czech levelled at a set apiece after her fightback but came up short in the deciding set as a one-break margin was enough to see Barty through.

The Australian set up a match point with her seventh ace and won as her opponent’s return hit the net.

Barty added: “I didn’t sleep a lot last night, but when I came to the court, I felt at home right away.

“This year has been challenging for everyone. My team will be away from home for eight or nine months, so I can’t thank them enough.”

As she reflected somewhat tearfully on her accomplishment, Barty added: “I hope I made Evonne proud. This has been an incredible achievement for all of us.”

Pliskova was knocked back in a second career Grand Slam final after losing to Angelique Kerber in New York, 2016.

The powerful Czech struck 27 winners to 30 for Barty and was broken six times.

She also had a few tears afterwards, but quickly composed herself.

“We played an incredible match today, it was not easy to close out the second set.

“I was fighting hard to make it as hard as possible for Ash. But congrats to her and her team.

“No matter which trophy I have, this has been an incredible two weeks.

Pliskova, who once stood atop the WTA rankings, fell out of the Top the week before the Wimbledon start but will return as seventh on Monday.

She was the fourth Czech woman to reach the Wimbledon singles final.