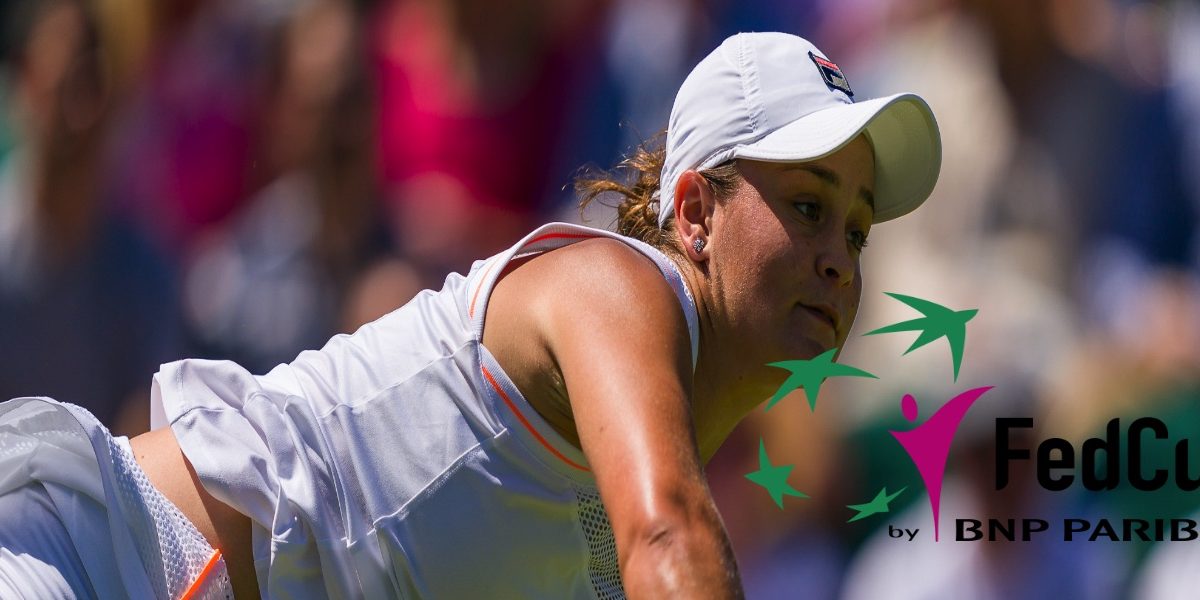 World No. 1 Ash Barty has declared herself fit and raring to go after jetting in to Perth from China today to prepare for the Federation Cup final against France at the weekend.

Barty said she was really excited to be in Perth and to play for Australia.

“I’m fresh – as fresh as I can be for the last week of the season – and there are no issues,” she said, stood alongside teammate Sam Stosur.

“It’s been an incredible year. We set goals, achieved them and set more.

“But now it’s all about play for your country this weekend, and that is really special.”

Barty topped off an incredible tear in Shenzen on Sunday, crowned the WTA Finals champion, and adding $4 million to her bank balance.

But now she will focus on winning the Fed Cup for Australia – something they have not achieved since 1974.

“It’s really special,” Barty said. “We are all excited but focussed and we are extremely hungry for success.”

Stosur said the Australian team would be training hard all week and training as if they are going to play.

“Nobody has been given the nod yet as to who is playing which match, but we will cheering on from the sideline.

“I’ve played Fed for 16 years and loved every minute of it, but to play in a final, it’s been a long time come and we want to make the most it.

“Since we won in Brisbane it’s been in the forefront to target this weekend.”

Barty said the team knows what to expect from France and “we have a game plan’.

Skipper Alicia Molik said she hoped the final would generate another generation of fans and players.

“This is what we’ve worked hard for the last couple of years – so it’s pretty exciting.

“The interest in Ash’s success has lifted the interest in this event. We have a rich history in Fed Cup and want to continue that.”

Molik said she was impressed with Barty’s approach to the game this year and her attitude in China last week.

“She could have been thinking about a break but no, she is ready for the Fed Cup final. She’s always the first player to put her hand up and I think she loves being in this team.”

As to who will play what games, Molik wasn’t letting too much out.

Ajla Tomljanopvic is on the team for the first time, something Molik acknowledged.

“It’s exciting to have her on the team for the first time and she is one of the most dangerous players on tour and a game that more than matches anyone.

“It’s going to be a really tough decision on Thursday as to who plays, but I’m rapped Ajila is in the team.”

Tomljanopvic said she was excited by the call up.

“When Alicia called me she said ‘would you be open to playing’ and it was amazing. I’d been looking forward to this moment for a long time ad I’m really excited I finally have the opportunity,” she said. 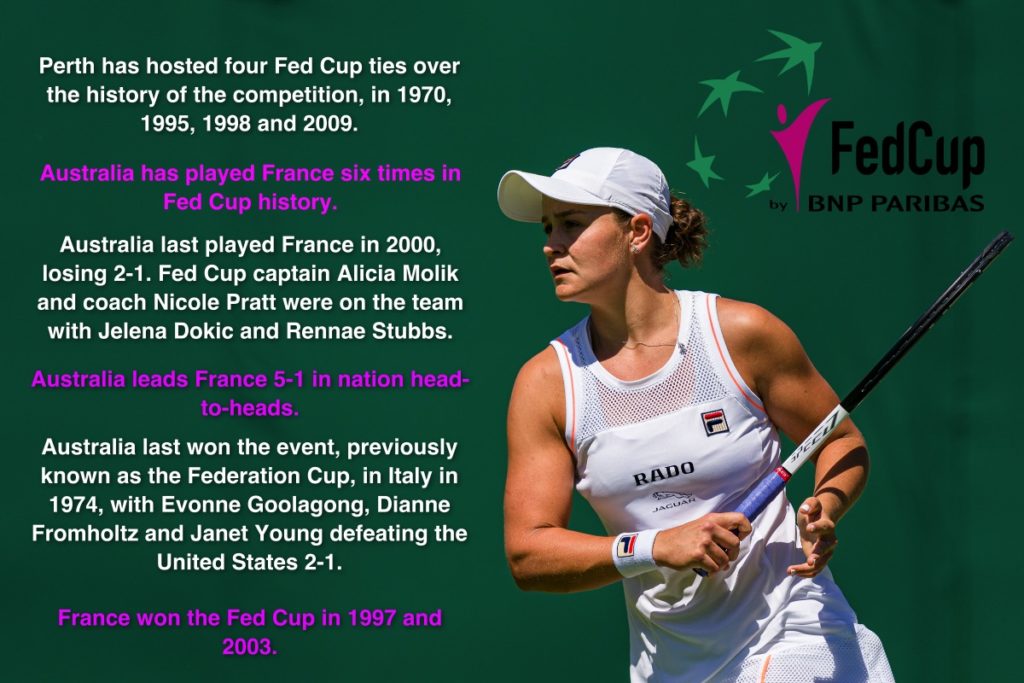