Barty pulls off another recovery to win Stuttgart 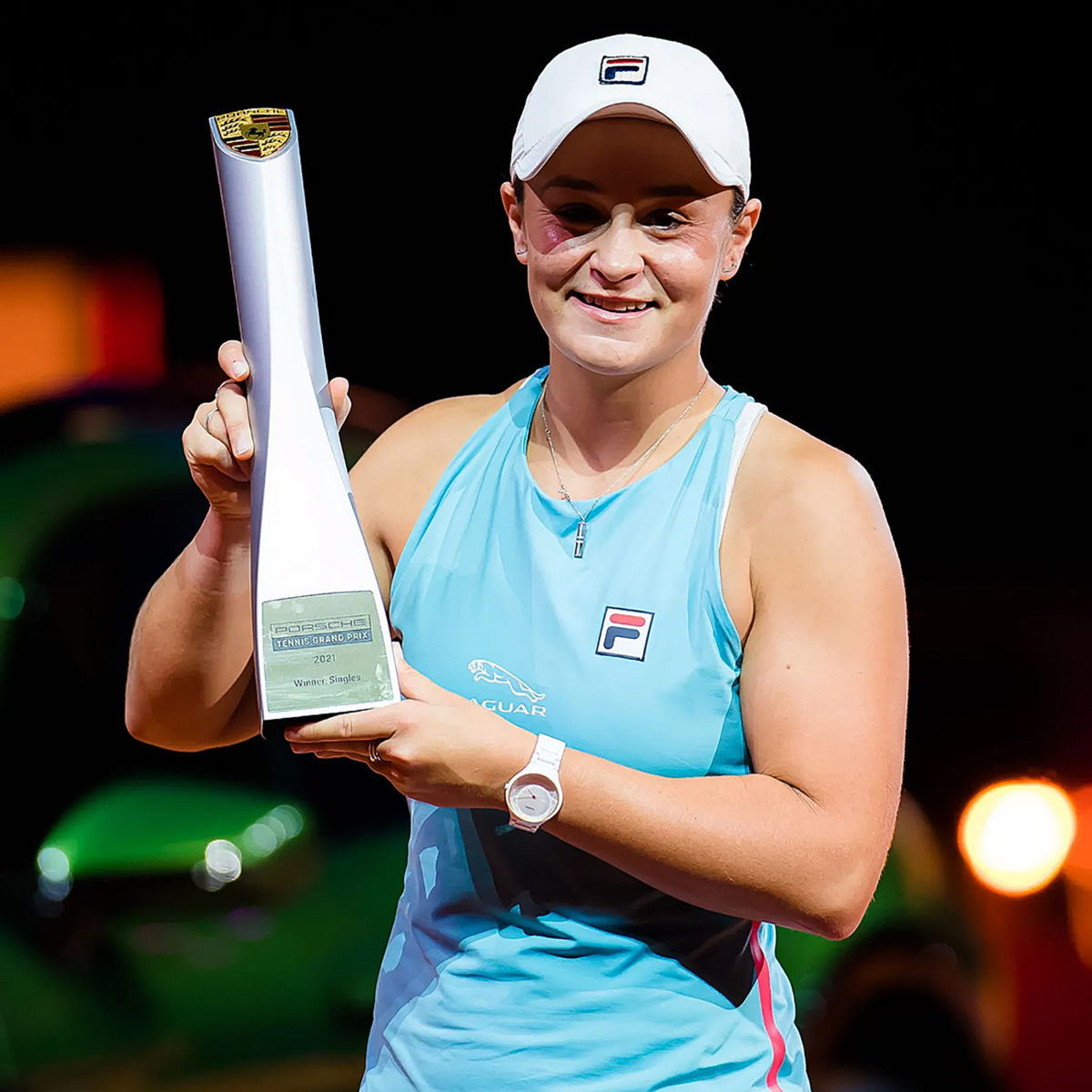 Ash Barty produced a third comeback in as many days on Sunday to lift her second career title on clay with victory at the WTA Stuttgart event.

The world No. 1 put herself into a hole yet again on the indoor clay,, but then produced her regular party trick by fighting back for victory.

The Australian defeated fifth seed  Aryna Sabalenka 3-6, 6-0, 6-3 in one and three-quarter hours to add the German title to her 2019 French Open crown and run her career total to 11 trophies.

She edged ahead 4-3 in the tightly wound series, taking victory on the second of three match points, a serve winner.

Barty broke her Belarus opponent five times while losing her own serve twice and sending over five aces in the empty tennis hall.

The Queenslander followed in the footsteps of Justine Henin (2007) as the first world No. 1 to win the title here. She now stands 20-3 on the season with her next tournament stop the Madrid Masters from next weekend.

Bart now owns three titles in 2021, including a Melbourne Australian Open tune-up and last month’s MIami Masters, where she defended her 2019 victory.