A jubilant Australia will look to win their first Fed Cup title in 45 years after Ash Barty powered them to a 3-2 victory against Belarus in Brisbane.

Barty won both her singles matches before pairing with Samantha Stosur to claim the decisive fifth doubles rubber 7-5 3-6 6-2 against Aryna Sabalenka and Victoria Azarenka today.

It took the world No.9’s Fed Cup winning streak to 14 and offered Stosur, who had moments of brilliance in the doubles victory, some joy on Pat Rafter Arena after she had lost both singles matches in the tie.

Earlier Stosur, who was preferred ahead of the higher-ranked Daria Gavrilova, was blown away when given a chance to seal the tie in a 6-1 6-1 singles loss to former world No.1 Azarenka.

Barty swept aside world No.10 Sabalenka 6-2 6-2 in another commanding performance.

Australia’s last Fed Cup finals appearance was in 1993, while Evonne Goolagong Cawley played the role of spearhead when they last tasted victory 45 years ago.

An Australian Fed Cup record crowd of 9554 across both days loved every minute as both teams threw everything at each other in the tie.

Australian captain Alicia Molik’s decision to stick with Stosur for both of Sunday’s matches was a brave one, but the 35-year-old recovered remarkably.

Blown away by Azarenka earlier in the day – Stosur only held serve once all match – the veteran reset to improve her perfect Fed Cup doubles record to 8-0 thanks to some quick hands and assured court craft under immense pressure.

The former US Open champion produced some vintage moments in back-to-back points from 15-30 down to hold and secure a quality first set.
Momentum swung when they missed a chance to break Azarenka’s serve at 3-3, with Stosur immediately broken and Sabalenka forcing a decider.

Both countries then produced the goods in a series of scintillating third-set rallies.

Australia grabbed the first break and Barty held firm for a 4-1 lead.

Stosur then held to love to get the hosts within one game and hit the winning volley on their third match point in the next game to clinch the tie.

“I could not have picked two more perfect athletes to contest this final rubber,” Molik said.

Meanwhile, Great Britain are back among Fed Cup World Group for the first time since 1993 after both Johanna Konta and Katie Boulter produced sensational comebacks in their rubbers to beat Kazakhstan 3-1.

Every match went its nailbiting distance.

Team GB who had fallen at this hurdle in 2012, 2013, 2017 and 2018 ended the 26-year wait for Fed Cup promotion when Katie Boulter fought back to seal a 3-1 win over Kazakhstan  to light up London’s Copperbox Arena and spark jubilant scenes.

The rest of her teammates raced on to the court after match point and embraced Boulter after she had turned  the rubber around to  beat Zarina Diyas 6-7 (1-7) 6-4 6-1.

The  valiant British number two was down  a set and a break – and  during the changeovers needed to  nurse her aching back with a  hot water bottle .

Earlier in the afternoon British #1 Johanna Konta had put Britain within touching distance of a return to World Group II with a stunning comeback from 4-1 down in the final set to beat Yulia Putintseva 4-6 6-2 7-5  giving the home crowd  belief that Britain could finally make it back to the Fed Cup elite in what was their fifth play-off in the last eight  years.

It seemed at first that the wait to climb out of the third tier would continue as Boulter failed to take charge of the match, despite having won the opening two games, but when she completed her comeback with a decisive ace on match point, the celebrations began

A jubilant Britain captain Anne Keothavong, who had played in two of those playoff defeats and captained the others, said “Ah, finally! I’m ecstatic for the team,” as her team paraded around London’s Copper Box Arena, firing tennis balls into an ecstatic crowd.

“It was such an incredible effort. We kept putting ourselves in this position. But I really feel that having the home advantage this time around made a big difference. 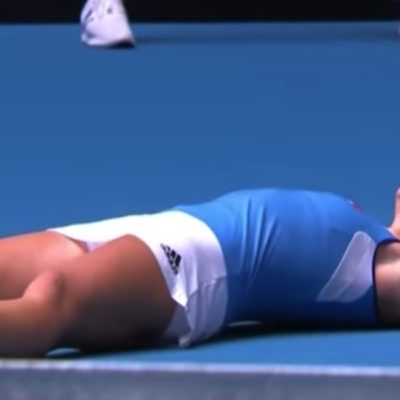 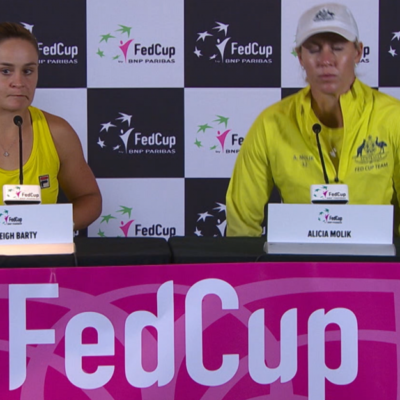