Barty made to work for Yarra Valley victory 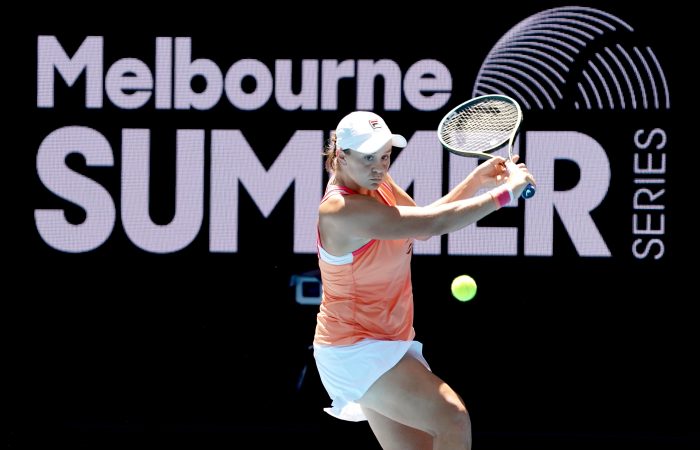 Ash Barty has more work to do if she is to be a major threat at the Australian Open after she struggled late on to beat No. 52-ranked Czech Marie Bouzkova 6-0, 4-6, 6-3 in Melbourne today.

“Coming off a night match, I’m an early riser to I didn’t get a lot of sleep last night,” Barty said.

“I felt in the middle of the match I pressed a little bit … but I was happy to get the win on my terms at the end.”

Barty had to dig deep in am match that lasted just under two hours to keep Bouzkova at bay.

“[Bouzkova] makes a lot of returns and makes you work really hard in every single service game,” she said.

“So I’m trying to get a few cheapies when I can, and trying not to give away too many cheapies myself, that was probably the key. Happy to get it on my terms in the end.”

Barty had to dig deep in am match that lasted just under two hours to keep Bouzkova at bay.

Barty will play American Shelby Rogers in the quarterfinals of the Yarra Valley Classic.