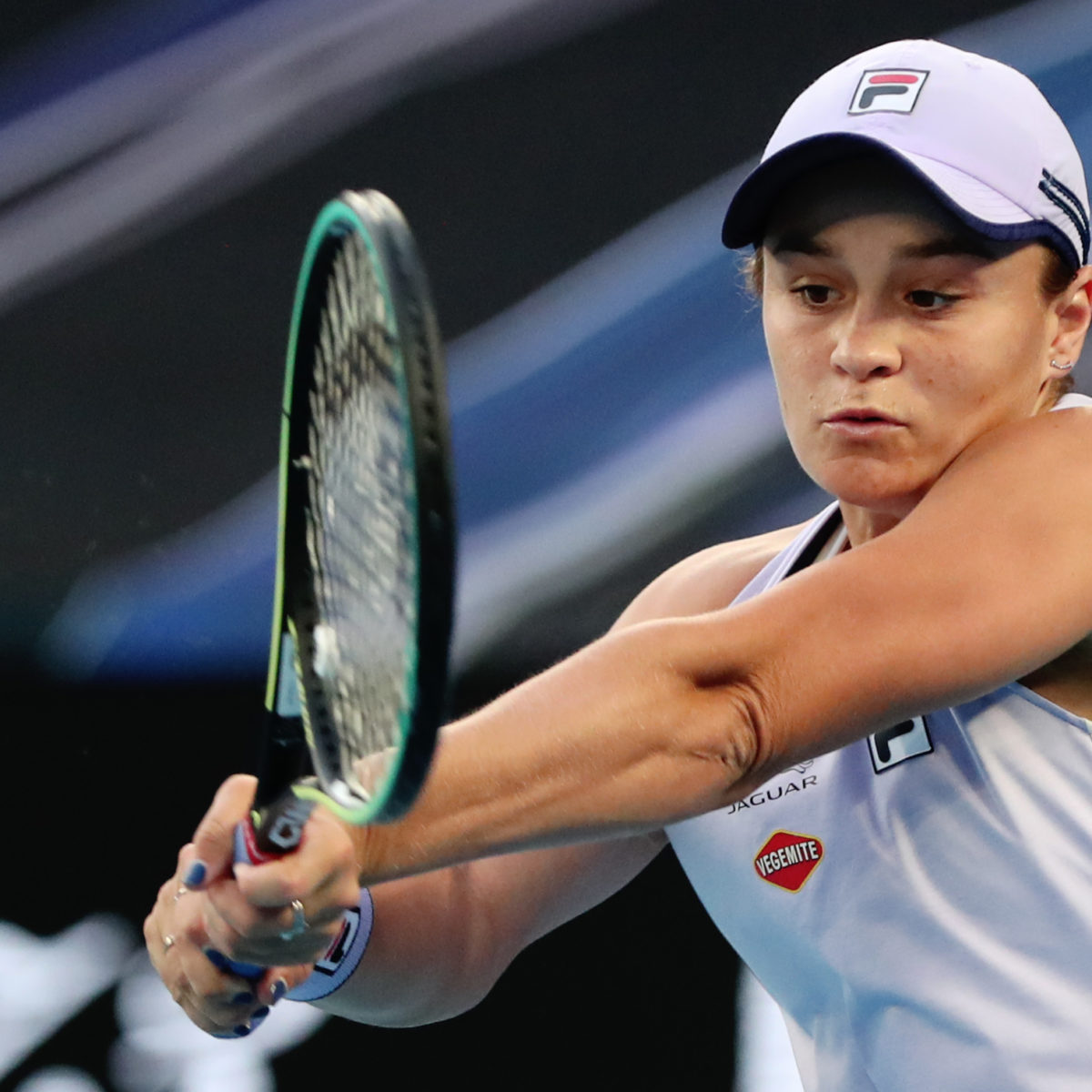 Ash Barty overcame a last-gasp niggle to keep  an unblemished record at the Australian Open on Monday as the top seed defeated Shelby Rogers 6-3, 6-4  to reach the quarter-finals.

The world No. 1 had minor trouble closing out the win, double-faulting on a match point in the ninth game of the second set while leasing 5-2 and missing another chance as she was broken

Rogers held for 34-5 as her fightback continued; but Barty put an end to the drama a game later to take the victory after less than 70 minutes

The Aussie winner has not dropped a set so far as she heads to the business end of the fortnight being played until at least Thursday without crowds due to several positive Melbourne COVID-19 cases from last week.

The 57th-ranked Rogers was the only American woman of three in the fourth round to lose.

Barty repeated a win over Rogers during the Open run-up week as she won the Yarra Valley Classic also played at Melbourne Park.

Barty has reached the fourth round at every Grand Slam she has contested since the 2018 US Open.