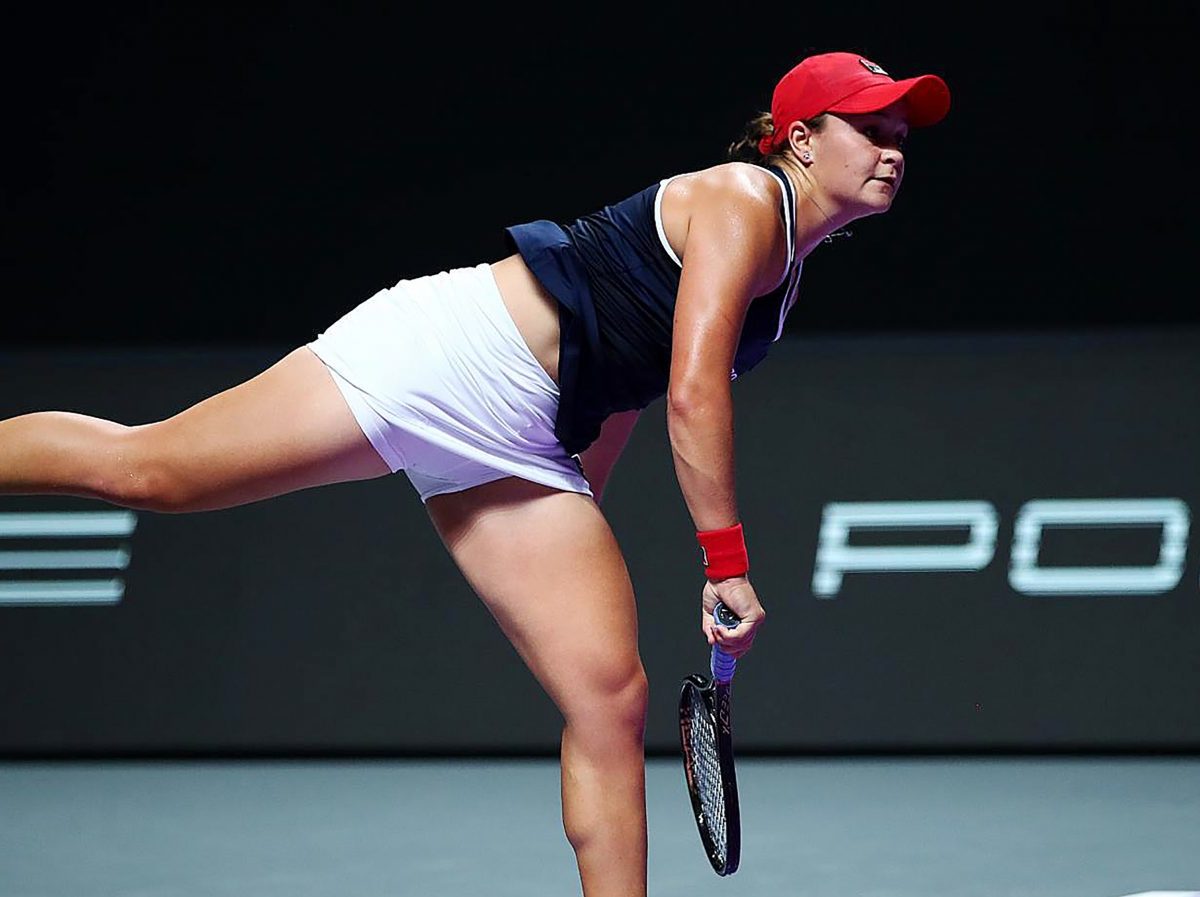 Facebook0Tweet0LinkedIn0Pin0
Ash Barty will collect the largest payout in tennis history after defeating defending champion Elina Svitolina 6-4, 6-3 on Sunday to win the WTA Finals.
The Shenzhen success which took 88 minutes to complete will hand the  Australian a record prize packet in excess of USD 4.2 million. She is the fifth player to win the season wrapup on her debut.

“It’s been the most incredible year for me but I think first and foremost congratulations to Elina and your team,” Barty said.

“You’ve been a tough competitor, I’m sure we will have more battles in the future.
“It’s an incredible new era in women tennis, it’s been amazing to play here.

“A goal of mine this year was to break into the Top 10 and almost turn myself into a Top 10 player with consistency across the board.

“But it kind of ballooned out pretty quickly from there.”

Svitolina had won her last nine finals dating to Zhuhai, 2016.
Barty has a further commitment this week as Australian face France in the Fed Cup final in Perth, where the Queenslander will be expected to feature heavily despite her recent workload.
The all-rounder has won titles this season on  hard, grass, clay and indoor
The victory was the first for Barty over Svitolina in six matches. The Ukrainian was on a 10-match win streak at the event after winning it in Singapore a year ago.
Svitolina ended her first season without at least one title since 2011.
“It hurts to have the opportunity to be so close to get so much. But in the end it’s not about the money, it’s about the title actually,” she said..
Barty, who started the year ranked 15th, ends it on the top of the WTA rankings after  breakthrough season which also included a first Grand Slam quarter-final at the Australian Open and the Roland Garros title.
The 23-year-old reached No. 1 for the first time in her career just before Wimbledon, the result of winning Birmingham.

She is the first Aussie to hold the year-end top ranking since Evonne Goolagong Cawley (1974, 1976)

Barty has already expressed her amazement at being grouped in the same sentence as her tennis idol.
“We’ve had some pretty special moments this year and I’d love to reach some of the other accolades as well that Evonne had. She’s an incredible human being,” the new champion told AAP.
“It’s amazing that we share a connection in our heritage and culture and now we’re kind of growing in our connections in tennis as well, it’s really amazing to be able to share that with her.”
Barty won the opening set on her third set point after producing an evenly balanced 19 winners and 18 unforced errors but gave away a break to Svitolina to trail 1-2 in the second.
The Ukrainian handed it straight back as the Australian levelled for 2-all before punching the accelerator to take the victory.
https://www.youtube.com/watch?v=TSxufdXiwdY
“It was an amazing end of the year for her,” Svitolina said of Barty.

Winning the first set was already a breakthrough for Barty, who came to the court standing 0-5 against Svitolina, having won just two previous sets.
She ends the WTA season with four titles and 55 wins (including 12 over Top 10 opponents).
Share:
Facebook0Tweet0LinkedIn0Pin0