Barty World No.1 & Veterans Day at the ATP 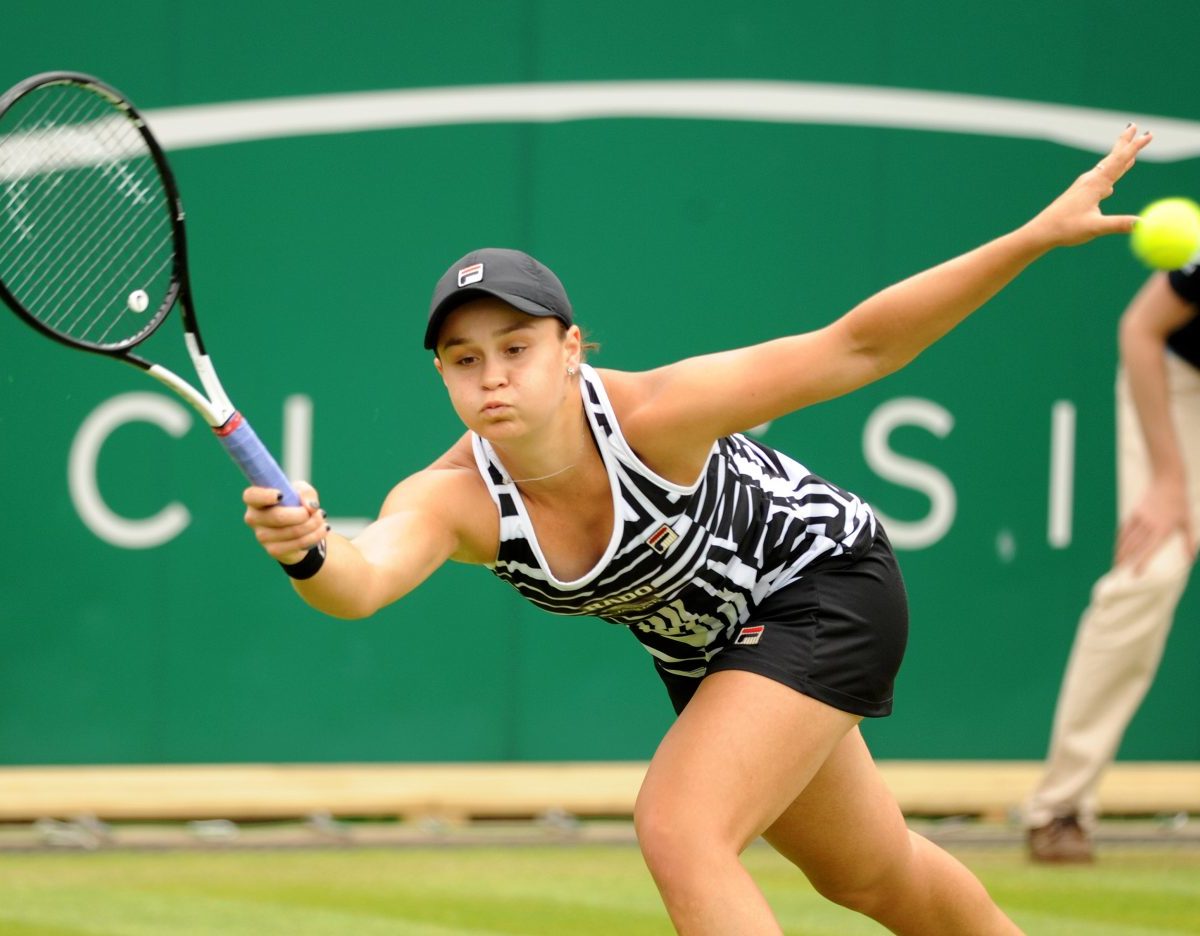 Facebook0Tweet0LinkedIn0Pin0
Ash Barty rose to the World No. 1 ranking on Sunday thanks to a comprehensive  6-3, 7-5 defeat of German Julia Goerges to win the Birmingham grass title.
French Open champion Barty didn’t miss a beat after her Roland Garros triumph on clay, turning to her grass game and becoming the first Aussie woman to top the WTA table since her idol Evonne Goolagong Cawley in 1976.
She takes over as the 27th chart-topper from Japan’s Naomi Osaka, who held the No. 1 spot for 21 weeks after winning the Australian Open.

“My team and I have put in so much work and I’m very proud of what we have achieved. It’s an honor to be in this position, which has been held by the legends of our sport who I respect and admire greatly.”

Barty heads into Wimbledon as top seed and a target for the field when play begins at the All England Club next Monday.

She has now won her last dozen matches, including Paris.

Barty owns six WTA titles in a career which she interrupted to play pro cricket and avoid tennis burnout.

Three years ago, Barty stood No.623 following a two-year break from tennis to take to the cricket pitch.
Tennis Australia chief Craig Tiley called it  a “remarkable historical accomplishment”.
“It’s a really hard thing to do and to achieve, that is just fantastic,” he told the Channel Nine TV. “I know her, she’s humble about it. She just wants to get back on the tennis court and have a good hit.”
Sydney’s Daily Telegraph crowned her the “new queen” of tennis, with her down-to-earth approach a refreshing change for Australian tennis fans more used to the histrionics of Nick Kyrgios and Bernard Tomic.
Veterans Day
Roger Federer wrote another page in his tennis history on Sunday, making it a Perfect Ten in Halle with a 7-6(2), 6-1 thrashing of Belgian David Goffin.
The grass-court victory took the iconic Swiss into trophy double figures at a single event as he claimed the 102nd honor of his career and 19th overall on grass.

His three from  2019 which also include Dubai and Miami, lead the ATP. “This is amazing,” Federer said. “For some reason I never thought I was gonna make it anymore (to the title).

“Because the second round and quarter-finals were so tough never really thought how it would feel if I won.

“Winning 10 in one place is a very special moment.”

The 37-year-old goes into Wimbledon hot in pursuit of an eighth title at that venue; he joins Rafael Nadal as the only other player with 10 or more honours at the same event.

The victory over Goffin in one hour, 23 minutes ran Federer’s record over the former Top 10 player to 8-1, which also includes a win here in 2016.

Federer ground out the opening set in 52 minutes, running awqy with the tiebreaker to st the one on a hot summery afternoon.

A break to start the second set gave the Swiss even more momentum, with Goffin fading as he lost his final two service games of the contest, setting up a Federer match point with a double-fault.

With ten titles in the bag here, Federer can now look ahead to perhaps managing  the same at his home event in Basel, where he owns nine trophies.

Goffin, ranked 33, was playing his first final since November, 2017, at the London year-end event.

Both players, with a combined age of 71,  had come through long matches to reach the final, Lopez having spent five hours on court on Saturday in singles and doubles.

Lopez previously won Queens title in 2017   said “I thought the best moment of my career was when I held this trophy in 2017 but it’s not. It’s right now.”

Andy Murray and Feliciano Lopez had successful conclusions to their weeks work and late night finishes at the Fever-Tree Championships  Queen’s Club, both ending it with victories

Playing competitive tennis for the first time since undergoing a potentially career ending hip operation less than six months ago the next chapter in the Andy Murray story produced a happy ending.

Murray said afterwards “I felt relaxed at the beginning of the week, but felt more nervous as it went on. I think my competitive instincts started kicking in. My hip has felt great, pain-free. I’ll try to keep progressing, but am just happy to be back on the court.”

His playing partner Lopez added  “This happens maybe only once in a lifetime. I can’t believe it. I’m so happy for Andy to play with me and we’re so happy he’s back on the tennis court.”