Barty back to her best in Yarra Valley win 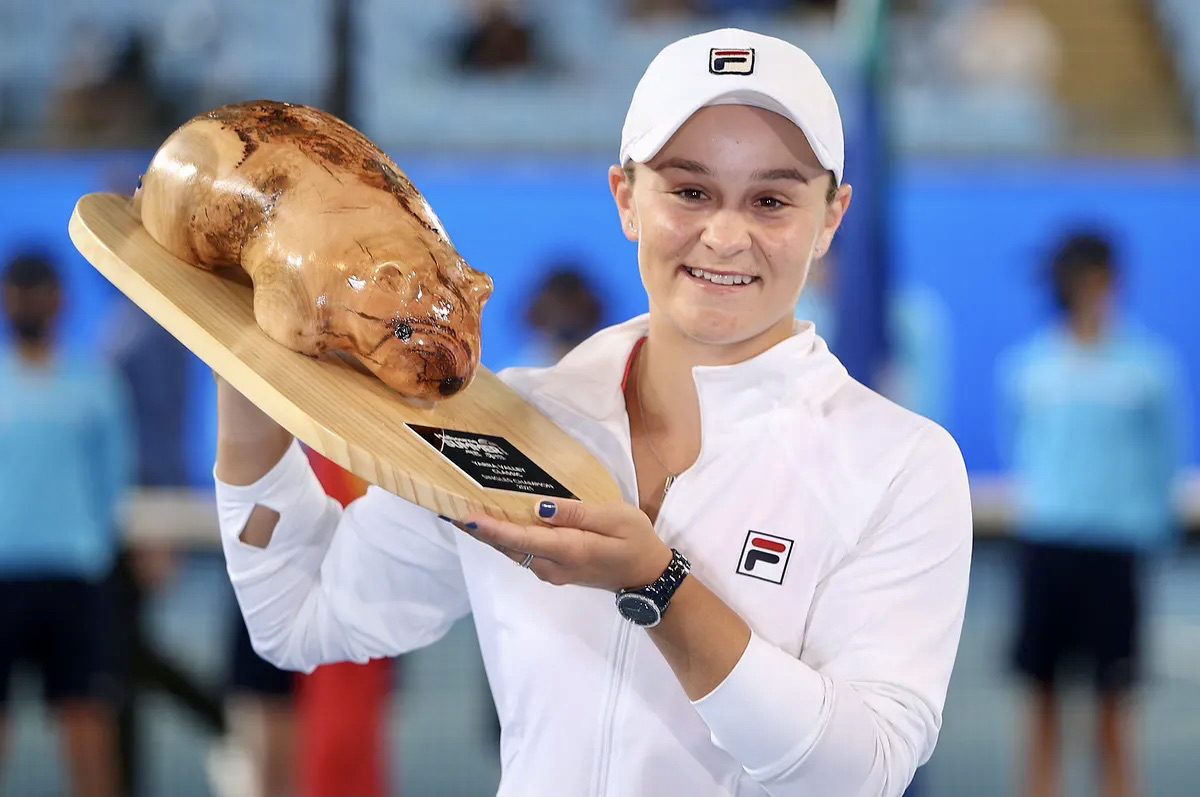 World No.1 Ash Barty is ready for the Australian Open after a dominating performer against the in-form Garbine Muguruza to win the final of the Yarra Valley Classic warm-up event.

Barty was aggressive throughout, winning 7-6 (7/3), 6-4 in just under two hours against last year’s Australian Open runner-up.

“I couldn’t wait to get on the court quick enough,” Barty, who hit 28 winners, said.

Muguruza had dropped just 10 games in her four earlier matches, an d was in tremendous form, but Barty was too good.

“We’re very grateful to have fans after almost a year without crowds,” Muguruza said.

Organisers closed the roof on the Margaret Court Arena for the match as rain fell in the city.

The winners’ trophy, described as a “wombat on a chopping board” by followers on Twitter, was aptly designed by local indigenous artist Ron Murray.