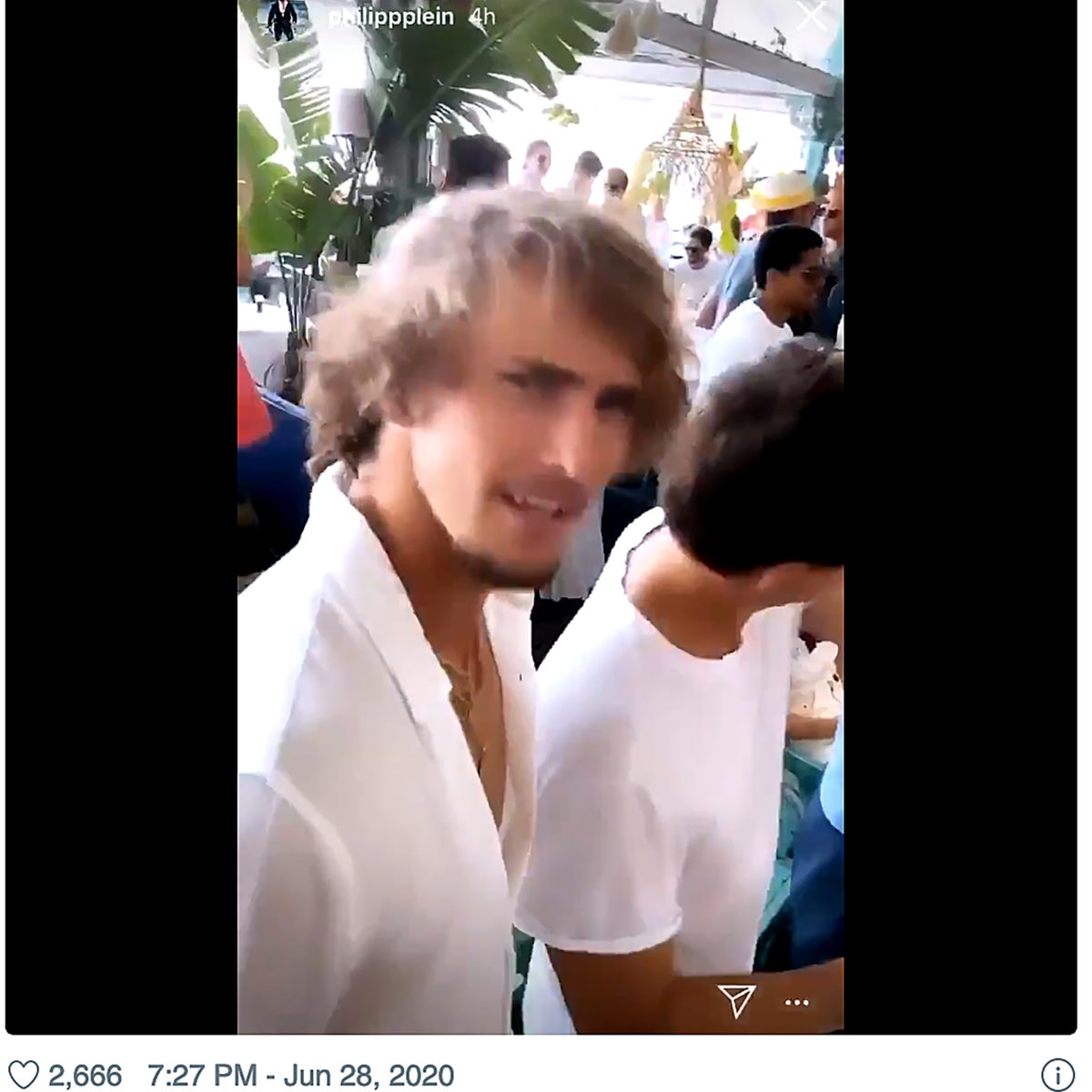 A top German tennis official said on Monday that party boy Alexander Zverev could well deserve a suspension by the ATP due to his lockdown-busting social life.

The No. 7 was pictured in a social media video getting down on the dancefloor of a noted french Riviera beach club at the weekend, a post which has since been deleted.

Without even a nod to social distancing in the COVID-19 era, Zverev has drawn fire after he had said he would quarantine for 14 days after playing in this month’s virus-hit Adria Cup run by Novak Djokovic.

Rittner called herself “slightly shocked” at the Zverev vid. “Are these really current pictures?” she queried. “If so, then it really stretches credibility. I see no feeling for his responsibility as a role model.”

Rittner’s verbal serve was the second of the day against Zverev after Nick Kyrgios expressed sharper dismay at the 23-year-old’s “selfish” lack of care amidst the virus pandemic which has shut down tennis since early March.

Added the 47-year-old Rittner: “I’m not a Kyrgios fan, but he’s probably right there”.

Zverev is still set to play in the two-part Berlin exhibition on grass and inside an airport hangar from July 13-19, an event promising a few lucky spectators the chance to buy tickets.

Rittner is hoping that strict social distancing and precautions will open the door for the planned Tour tennis resumption in August.

“We have to show how this works, the whole tennis world will be looking at us,” said Rittner: “Everyone has to be aware of their responsibility as a role model.”