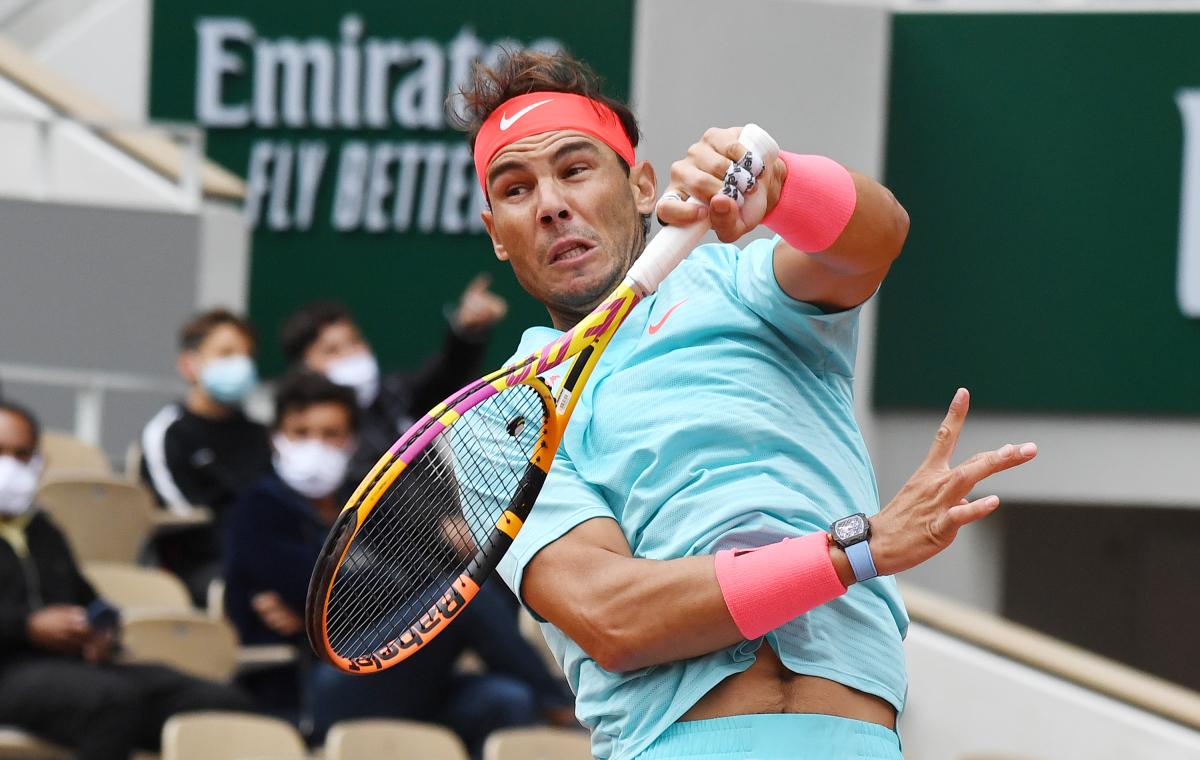 The second seed’s 6-1, 6-0, 6-3 defeat of the journeyman put Nadal well into rhythm for an assault on a possible 13th trophy here.

But the 34-year-old said he had some help due to slightly warmer (19-20 Celsius) temperatures and less moisture in the autumn Paris air.

“Today was not so cold, that was the main thing,” he said after complaining mightily last weekend about heavy new balls which pick up moisture in the damp weather typical of this time of year.

“Conditions were not that bad. But the balls are still too heavy, though they feel less heavy when it’s not quite so cold.”

But the Spaniard warned: “I read that predictions for the next days are not very good.”

Nadal’s victory in an hour and three-quarters was his 23rd in a row here; he last lost in the 2016 third round to countryman Marcel Granollers.

McDonald, ranked 236, had little to offer as he comes back from a hamstring injury.

Two-time finalist Dominic Thiem, who made his Grand Slam title breakthrough barely two weeks ago with a US Open trophy, matched Nadal with a win as the Austrian defeated qualifier Jack Sock 6-1, 6-3, 7-6(6).

Third seed Thiem lost the last two finals here to Nadal and is considered a serious title contender at this pandemic Paris edition.

He said that getting through matches as efficiently as possible is key in the first week of a major.

“It’s very important in the early rounds to save energy, play as few sets as possible.

“I think I’m still riding the happy wave from the US Open title.also. My tiredness is hiding, I hope I can push myself as far as possible.

“Being in the finals of a grand Slam and winningfone are totally different, actually crossing the finish line is huge

Thiem had little trouble with Sock, but had to save three set points in the third-set tiebreaker to prevail. The winner now stands 26-11 against qualifiers at the ATP level.

Sock once cracked the ranking Top 10 but now stands 310 due to several seasons of injury. Thiem will be playing in the Roland Garros third round for a fifth straight year.

Former champion Stan Wawrinka dropped his first set of the tournament but was all but untroubled in a 6-3, 6-2, 3-6, 6-1 defeat of German Dominik Koepfer.

The Swiss who won the title here five years ago was unrattled by a sonic boom which was heard all over Paris – including on the Roland Garros courts – with the 35-year-old content with a second solid showing this week.

“It’s a Grand Slam, it can be a long two weeks. It’s match after match. You need to stay into it.

“I’m playing really well so far, so I’m looking forward to the next match.”