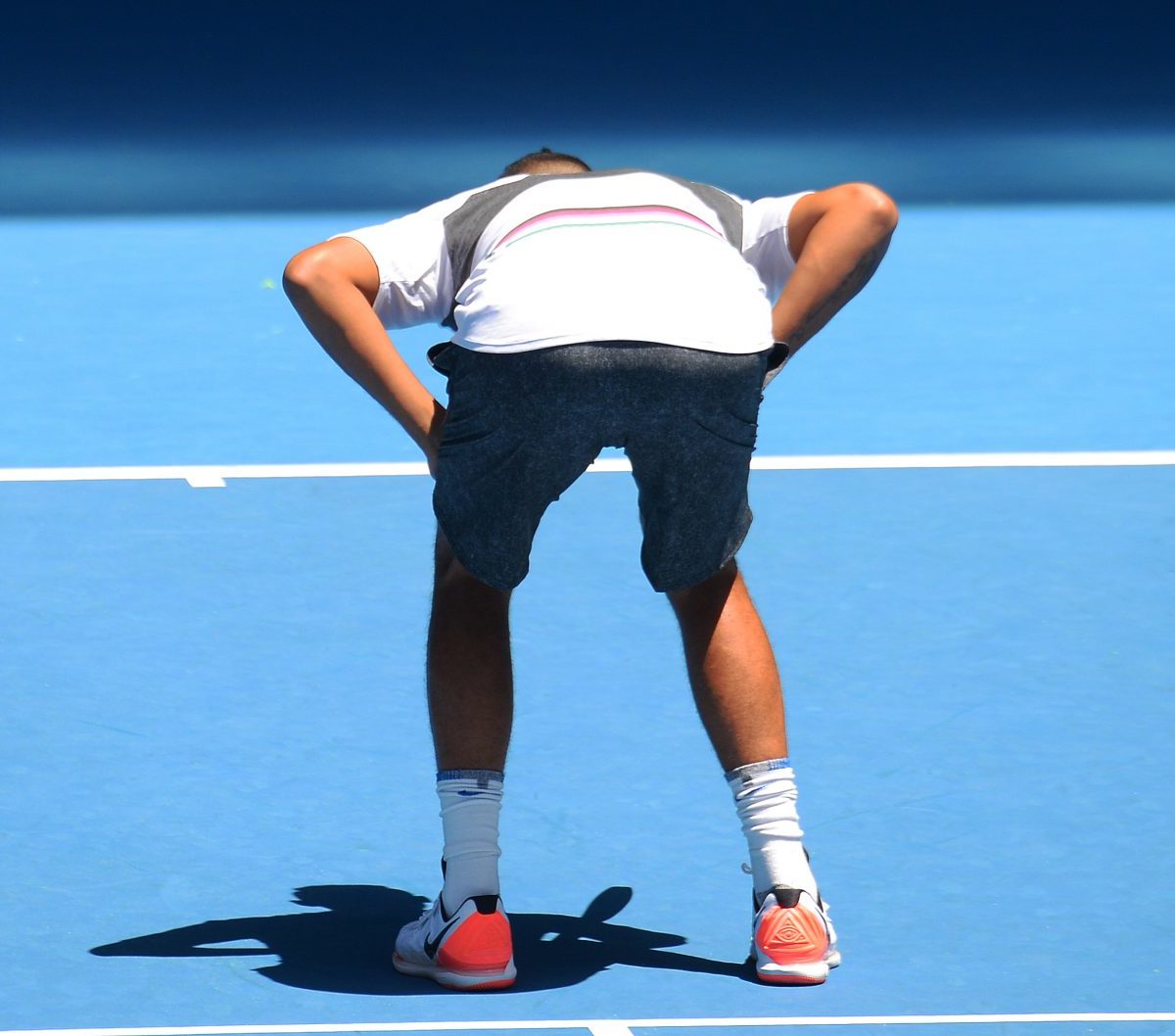 A day after launching verbal rockets at opponents including Novak Djokovic and Rafael Nadal, Nick Kyrgios went into spectacular meltdown, storming off court during a match at the Rome Masters on Thursday.

The resulting racquet-throwing, chair-tossing, full-on swearing tantrum got the No. 36 disqualified for packing his bag and storming off the court.

The explosion from the unpredictable Aussie handed Norwegian qualifier Casper Ruud 6-3, 6-7 (5), 2-1 victory into the third round on his Rome debut.

Kyrgios went ballistic against a line call on a serve in the the second game of the third set from No. 72, Ruud who played an unexpected final in Houston last month.

The ball was called good, prompting an immediate eruption from Kyrgios, who was instantly docked a game for unsportsmanlike conduct to trail 1-2.

That sanction from the chair really set him off, with Kyrgios walking to the sidelines, slamming his racquet, kicking a courtside object and heaving a portable sideline chair onto the centre of the court.

“I’m done, I’m f….g done,” he screamed, apparently speaking to the crowd on a smaller side court at the Foro Italico.

As the one of the tournament supervisors came onto court, Kyrgios was already on his way to the locker room and presumably a flight out of Rome to end his third appearance here in the worst possible way.

On Wednesday, audio from a US podcast with the bad boy of the sport was released, with Kyrgios not holding back in his criticism of Djokovic and Nadal but heaping praise in the style of a fan on Roger Federer,

Kyrgios let loose when asked his opinion of No. 1 Djokovic, calling him “cringeworthy.”

“I just feel like he has a sick obsession with wanting to be liked. He just wants to be like Roger (Federer),” the Australian said.

“For me personally – I don’t care right now, I’ve come this far – I feel like he just wants to be liked so much that I just can’t stand him.

“This whole celebration thing (blowing kisses to the crowd) that he does after matches, it’s like so cringeworthy. It’s very cringeworthy.”

Kyrgios added: “He’s an unbelievable player, he’s a champion of the sport; one of the greatest we’ll ever see.

“(But) we’re talking about a guy who pulled out of the Australian Open one year because it was too hot. No matter how many Grand Slams he wins, he will never be the greatest for me.

“Simply because, I’ve played him twice and like, I’m sorry, but if you can’t beat me, you’re not the greatest of all time.

The Aussie also had harsh words for Nadal and his former coach and uncle Toni.

Their last major contact came in the March event Acapulco, when Kyrgios beat the Spaniard in the second round, angering Nadal by once using an underhand serve.

“Every time I’ve beaten him … when he wins, it’s fine. He won’t say anything bad, he’ll credit the opponent, ‘He was a great player’.

“But as soon as I beat him, it’s just like, ‘He has no respect for me, my fans and no respect to the game’.

“And I’m like, ‘What are you talking about? I literally played this way when I beat you the other previous times and nothing changed … When you beat me in Rome here a couple of years ago, nothing changed; I was the same person’.

“It’s not a good look for you, I feel. And then Uncle Toni (Nadal) came out saying, ‘He lacks education’. I’m like, ‘Bra, I did 12 years at school, you idiot. I’m very educated. I understand that you’re upset I beat your family again’.”

In addition to the prize money of £29,366, he forfeited the 45 ranking points gained during the tournament and was told to cover the costs of his hospitality.

Writing on Instagram, he said: “Very eventful day to say to the least. Emotions got the better of me and I just wanted to say that the atmosphere was crazy out there today, just super unfortunate that it had to end in a default.

Before Kyrgios was fined, Roger Federer was asked after winning his second match of a rain make-up day as to his judgement on the Kyrgios situation.

“I don’t think he should be suspended personally. He walked off the court. “I don’t know, what did he do? He hurt a chair? I mean, that’s not enough [to warrant a suspension] for me.

“I don’t know if he’s on probation or not from his Shanghai thing or not. If that’s the case, then obviously you can maybe look into it. If that’s run its course, I don’t think he should be suspended.

“A zero pointer, fine, all this stuff is already tough enough. He knows it’s a mistake what happened.”