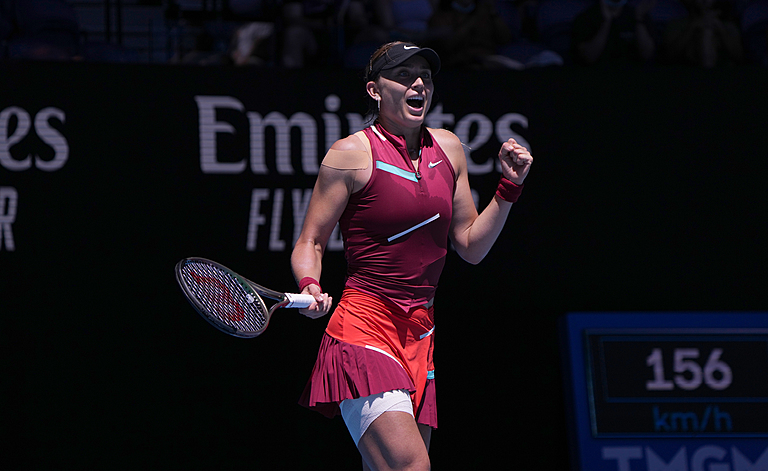 In-form Paula Badosa was made to fight for her third round victory over Ukrainian teenager Marta Kostyuk on Friday, eventually winning through 6-2, 5-7, 6-4.

In an arm wrestle that lasted two hours and 19 minutes, Badosa was a comfortable first set winner, before Kostyuk found her range and accuracy to take the second.

But when it mattered the Ukrainian lost her way, converting only five of 15 break points as Badosa stayed the course to take the match.

“Marta’s an insane player and I think she was playing top five level today,” the No. 8 seed said of Kostyuk.

“She’ll soon for sure be one of the best players in the world. I gave it all today, I had to because she was playing so good.”

She will next face American Madison Keys or China’s Wang Qiang for a place in the quarter-finals.