Kyrgios fined US$113,000 after Cincy meltdown, suspension may follow 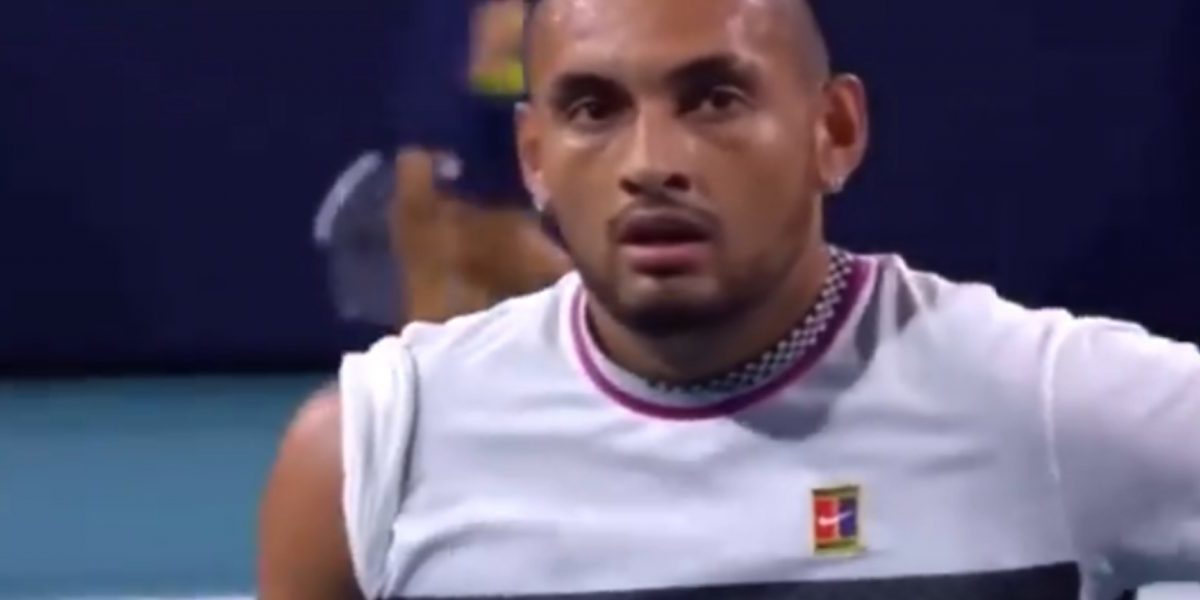 As a result of his latest meltdown, Nick Kyrgios was fined $113,000 for his racquet-smashing outburst on court at the Cincinnati Masters, the ATP has announced.

Kyrgios lost to Karen Khachanov in the second round match in which he insulted umpire Fergus Murphy, spit in the direction of the official at the end of the contest and went off court to smash two racquets out of sight of the chair.

The ATP also said that the Australian might also be liable for more fines and a suspension pending further investigation of his meltdown.

The various Kyrgios infractions included four fines of $20,000 each for unsportsmanlike conduct plus another $20,000 for verbal abuse. Also  included: $3,000 for leaving the court.

Nick Kyrgios brought his bad boy act to a fresh audience on Wednesday in Cincinnati with the unpredictable Aussie smashing a pair of racquets off court in order to avoid a sanction in a 6-7 (3/7), 7-6 (7/4) 6-2 loss at the Cincinnati Masters.

Kyrgios got into a running stoush with chair umpire Fergus Murphy, and eventually made a controversy-filled exit to Russian Karen Khachanov, semi-finalist last weekend in Toronto.

The real drama erupted after Kyrgios lost the second set after winning the first in a comeback.

Near the end of the 90-second pause, the Canberra player announced he was going to the toilet, but Murphy telling him there was not time.

Kyrgios paid no heed, collecting two racquets and walking 20 meters to a door leading off court. TV pictures showed him calmly smashing the racquets in “private” before collecting them and bringing them back to the court.

They were late handed to children on the sidelines as souvenirs after Kyrgios went down to defeat.

Since being quitting a match in Rome after tossing a chair onto the court, Kyrgios has been on relative best behavior – save an incident last week in Canada when he demanded that all-white towels be used on the court during his a match, as opposed to white one with a pattern.

Kyrgios began the third set on fire, nailing three aces in one game. But his will was broken as Khachanov broke for 5-2. The Russian who observed his opponent’s meltdown with full impartiality, earned two match points off a Kyrgios double-fault

After saving the first, the Aussie doubled again on the second to lose.

As Khachanov took advantage and claimed the victory Kyrgios made his way towards the umpire and unleashed.

“You’re a f***ing tool bro,” Kyrgios said before appearing to spit in the direction of the umpire.

The ugly scenes drew the ire of the commentators who proclaimed the showing was “disgusting”.

He refused to shake Murphy’s hand and tossed his shoes into the appreciative crowd before leaving the court – and likely Cincinnati.

“The worst f***ing ref ever, the worst ref in the game,” Kyrgios shouted at the top of his lungs.

“The worst, hands down. Every time I play he’s doing some stupid sh*t, every time.”