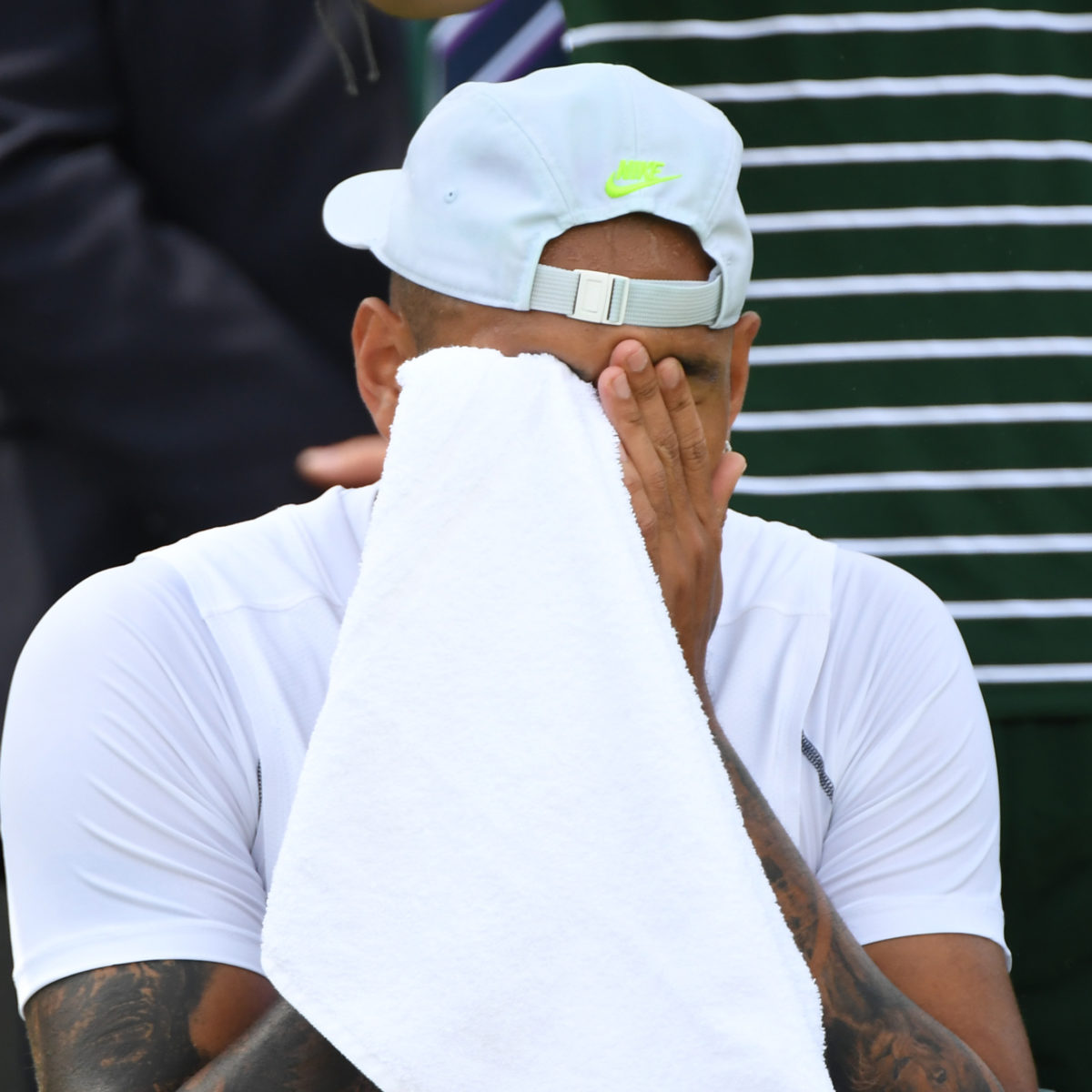 Nick Kyrgios could be barred from Wimbledon’s main courts after his latest poor behaviour that included spitting and calling a line judge a ‘snitch.

The Aussie bad boy also enraged officials by smashing a ball out of the stadium in a fit of rage, accused Wimbledon of employing old line officials who were too old for the job and then took his dinner – and ate it – at his post-match press conference.

Kyrgios’ behaviour has seen officials meet to determine what punishment they can hand out, but are believed to be considering a hefty fine on top of the move to the outside courts.

His behaviour caused a stir on social media with many calling it disrespectful.

“Nick Kyrgios saying he doesn’t want people to disrespect him whilst spitting at people, calling line judges ‘old man’ and then sitting through a press conference eating,” one fan tweeted.

In his defence Kyrgios said he spat towards a spectator who was disrespecting him and hurling “unnecessary” abuse at him.

Kyrgios has been drawn to take on Serbia’s Filip Krajinovic on court two today.