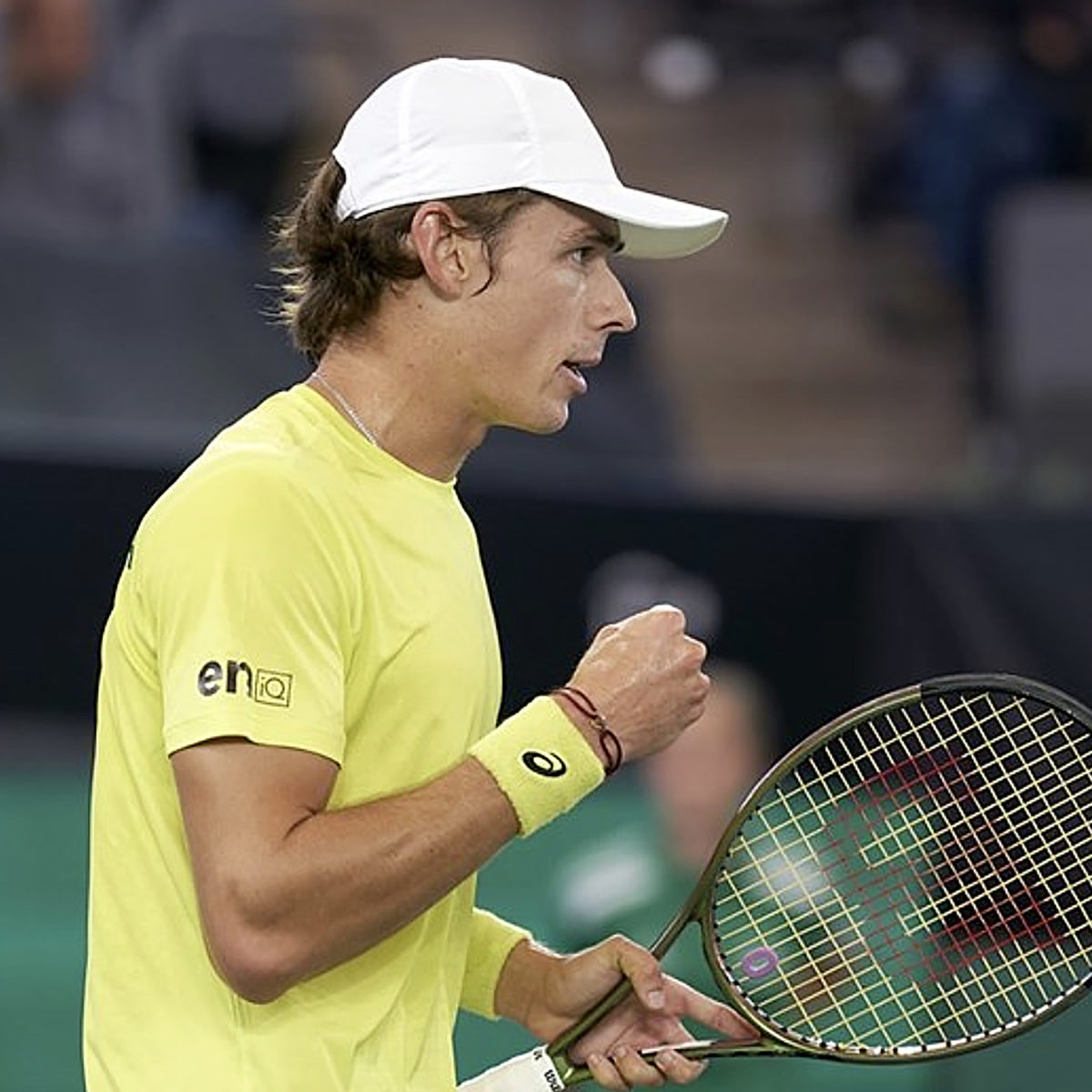 Australia laid on a 3-0 opening sweep of Belgium on Tuesday to make a fast start at the Davis Cup playoffs in Hamburg.

The charge was led by Alex de Minaur, who lasted until the third round of the US Open.

The week in the northern German port city will yield two nations for the eight-nation finals set for Malaga from November 22-27.

Australia moved to 4-3 overall against Belgium in their series.

De Minaur defeated David Goffin 6-3, 6-3 in 66 minutes at the Rothenbaum Club and was joined as a winner by teammate Jason Kubler, who started the tie 6-4, 1-6, 6-3 against Zizou Bergs.

The side is making do without Nick Kyrgios, who opted out of returning to Europe from New York after complaining about being on the road since June.

De Minaur used his singles win as therapy for his hard-to-digest New York loss to Pablo Carreno Busta in a third round heartbreak.

“If this was any other event, it would probably have taken me a little bit longer to forget about what happened in New York, but that is the beauty of a team environment,” the No. 22 said.

“As soon as I landed here it was just a case of getting to work and preparing. It worked, I forgot all about New York and just focused on this match.

“I managed to play some great tennis and I am very happy with that.”

Kybler, who has undergone six knee surgeries, made a successful start in the worldwide team competition.

“Hopefully I have many more Davis Cup ties to play but that was a very special way to start my Davis Cup career,” he said.