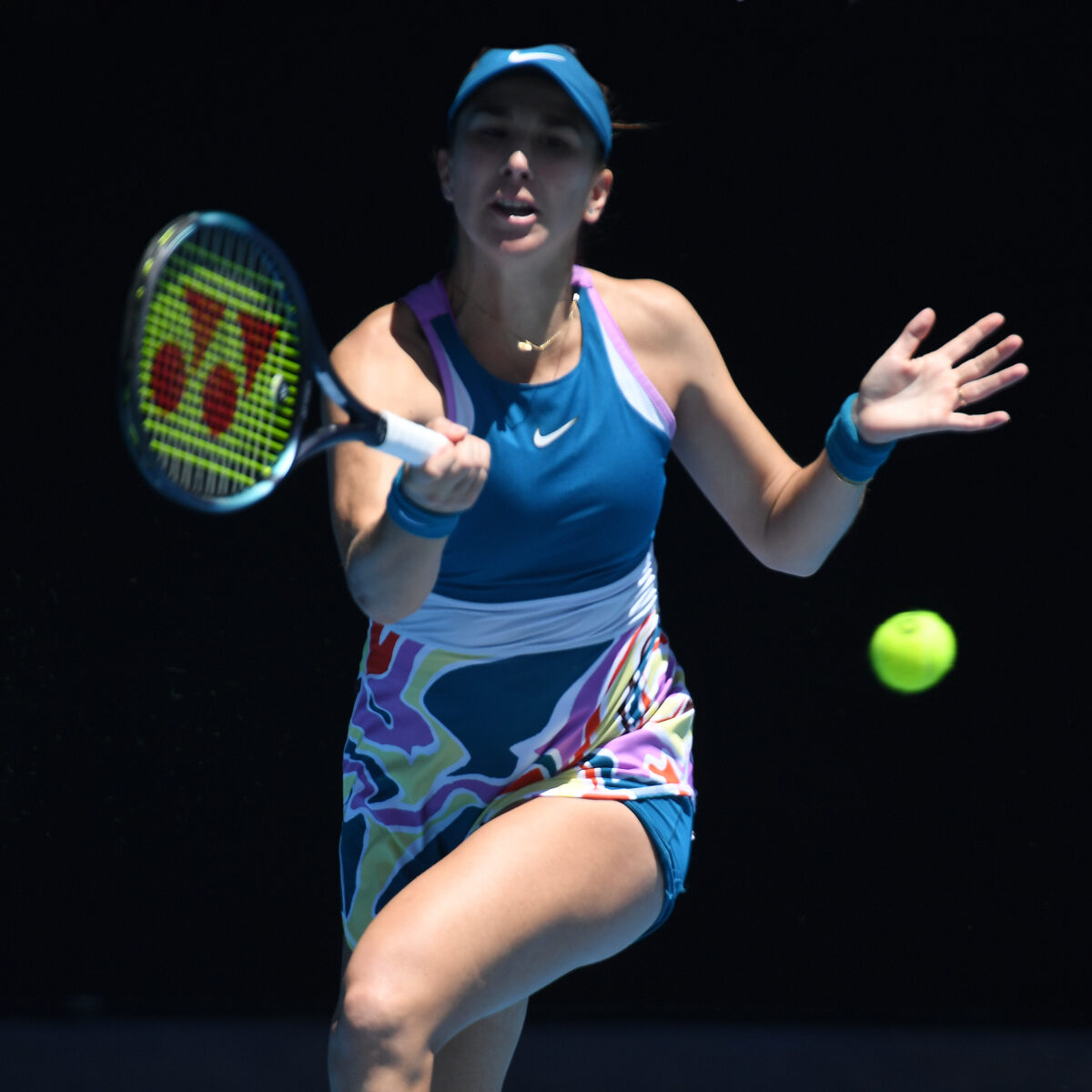 On-form Swiss Belinda Bencic won her ninth match of the season less than a month into 2023 as she booked an Australian Open fourth-round place for the second time in her career on Saturday.

The 12th seed who played the mixed teams United Cup and then won the Adelaide title before coming to Melbourne, defeated Italy’s Camila Giorgi 6-2, 7-5.

She reached the fourth round here in 2016 as a teenaged prospect but has never since advanced out of the third round.

Bencic put on a masterclass on the Laver showcourt against an opponent she had not faced since 2019; she finished with 18 winners while Giorgi had 32 unforced errors.

She will bid for an unprecedented quarter-final here in the next round against  fifth seed Aryna Sabalenka, who hammered Belgium’s Elise Mertens 6-2, 6-3.

Sabalenka credited her “calmness on the court” for three straightforward victories this week.

“I was just ready for everything. Whatever is going to happen on court, I’m ready for that. I think this is the key.”

The Adelaide titleholder from a fortnight ago added: “Belinda is a great fighter, a great player, moving well, hitting the ball quite clean.

“She’s in good shape, as well; I’m really looking forward to this battle.”

Bencic is profitting from her new coach Dmitry Tursunov, whom she hired last October after he split with Emma Raducanu.

“I stayed mentally there on court today,” the winner said. “I’m happy I got a second chance to serve it out – overall it was a great match.”

The seed served for victory up 5-4 in the second set but was broken; she got the job done on her second opportunity two games later an hour and 40 minutes.

Bencic said she tried to relax as she went for victory on her make-up chance.

“It can get tense, sometimes it’s better to keep doing what has worked. I’m changing somethings in my game, getting out of my comfort zone

“I’m trying to be more disciplined on court. I’m really happy with the start of the season.”

Bencic is riding a wave and looking ahead to further success next week:

“I feel very good with my tennis so far. This is the way to go, just stay strong during these kind of matches.

Karolina Pliskova returned to the second week in Melbourne for the first time since her 2019 semi-final thanks to a 6-4, 6-2 defeat of Varvara Gracheva.

The Czech winner – finalist at the US Open seven years ago – needed just over an hour and a quarter to advance to the fourth round.

Pliskova has had a poor run of luck in Australia since her semi, halting twice in the third round while not competing here a year ago.

“The last couple of years were tough, especially missing it last year,” the No. 31 said. “Conditions here can be quite good for me.

“I’ve been playing quite well early in this year. I’m just happy to be back on the center court with a two-sets victory.”

Croat Donna Vekic duplicated her fourth round showing from two years ago as she defeated Nuria Parrizas Diaz of Spain 6-2, 6-2.