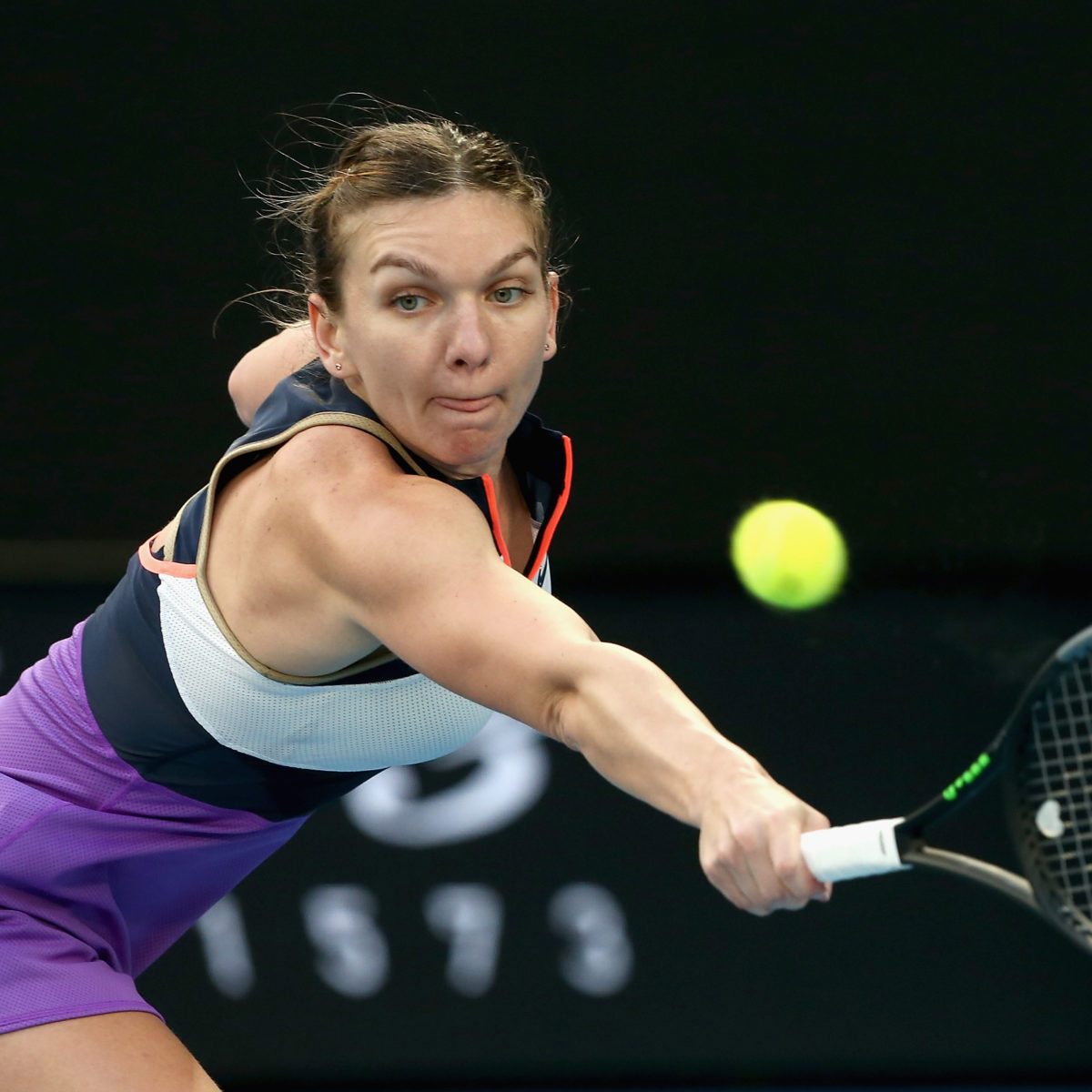 Simona Halep squeezed in a win before an emergency midnight COVID shutdown kicked in, with the second seed defeating Veronika Kudermetova 6-1, 6-3 on Friday at the Australian Open.

The victory on Rod Laver took less than 90 minutes with the clock ticking towards the start of a five-day lockdown around the State.

Halep was at ease after an heroic comeback in her previous match from 2-5 down in the deciding set against Australian Ajla Tomljanovic.

“I played much better than in the previous one,” the Romanian world No. 2 said. “I knew how she was gonna play.

“I practised once with her a few months ago, so I knew that it’s gonna be tough.

“But I’m really happy with the performance tonight. I’m very focused on what I have to do to in the next round.”

Kudermetova played her first career final last month in Abu Dhabi; she finished with 38 unforced errors  to just a dozen for Halep.

Serena Williams motored to a 7-6(5), 6-2 win over Anastasia Potapova as the American kept up her quest for a long-sought record 24th Grand Slam singles trophy.

The 39-year-old seeded 10th had to fight through a patchy opening set against the No. 101; but Williams tightened her game in the second to run out the winner in 99 minutes.

Wiilliams now enters a first-time meeting with Aryna Sabalenka, the seventh seed who reached the fourth round 6-3, 6-1 over American Ann Li.

Williams said she won without knowledge of the looming five-day Melbourne lockdown after 13 positive virus cases appeared in an airport quarantine hotel.

“It’s going to be a rough few days for everyone. But we’ll hopefully get through it.

“It’s not ideal. It’s been really fun to have the crowd back. But at the end of the day we have to do what’s best. I think basically we just go to the tennis, to the hotel. I’m not sure.”

Naomi Osaka and Garbine Muguruza set up a fourth-round battle between former No. 1 players, losing seven games bewtween them in straight-set routs.

Muguruza has used momentum from last week’s final at a local run-up event to her advantage on the Grand Slam stage.

“I’m very happy also again with my performance today,” the Spaniard said. “It was a very tough battle.

“I felt more prepared this time after many matches and after playing well. I took control early of the match and kept on going.

“I’m happy to be in the second week of a Grand Slam.”

Osaka and Muguruza, with five Grand Slam titles in total, have never played.

“I’ve practised with her once,” Osaka said of Muguruza. “But it was on grass, and I was younger. maybe a couple of years ago.

“I watched her win Wimbledon and the French Open when I was younger, and I’ve always wanted to have the chance to play her.”