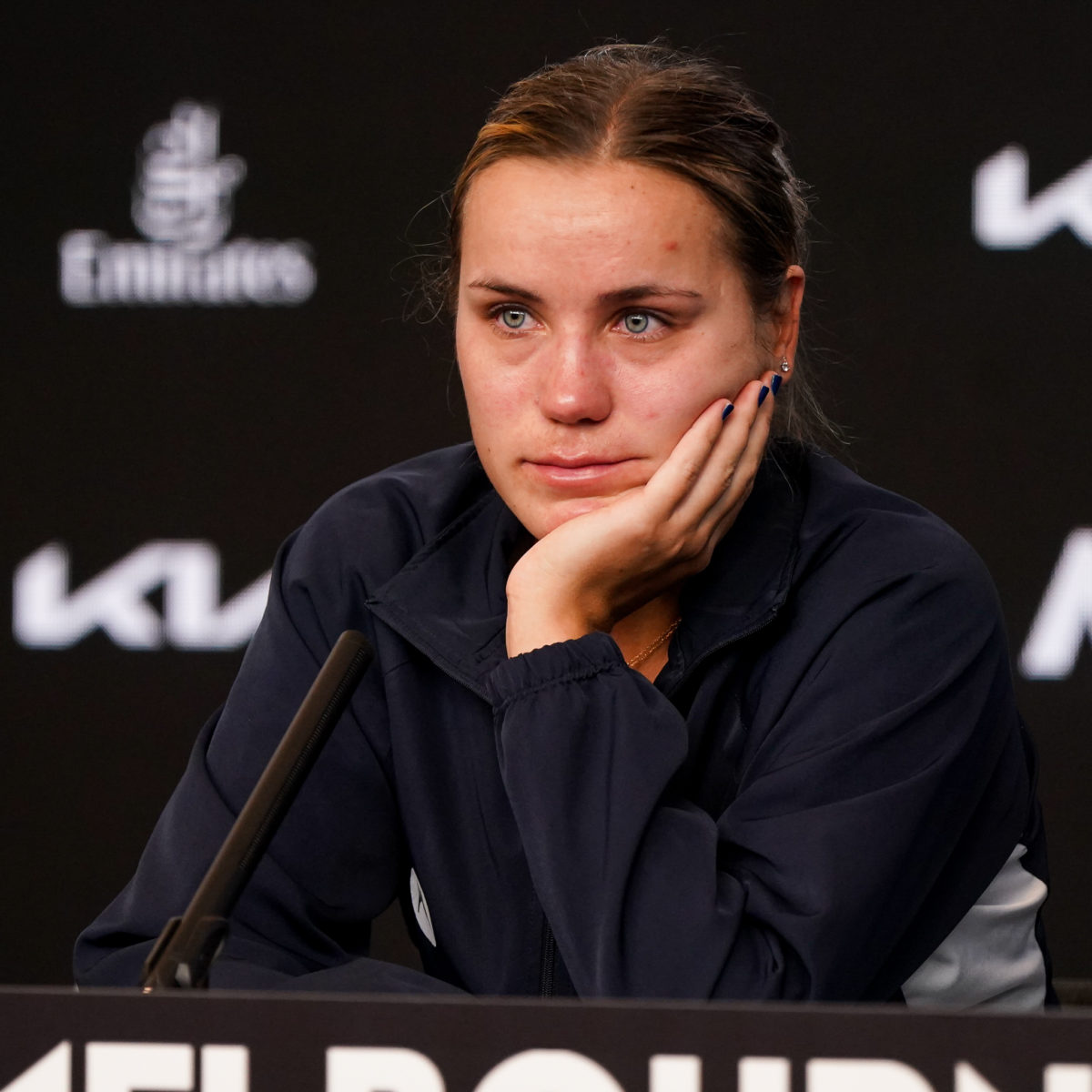 Sofia Kenin’s reign as a Grand Slam champion was cut painfully short on Thursday when the American lost 6-3, 6-2 in th Australian Open second round to Kaia Kanepi.

The 65th-ranked Estonian produced the upset of the event so far in 65 minutes, leaving a tearful Kenin to try and explain where it all went wrong for her at this Melbourne edition.

“I guess it’s the outside pressure, I felt really nervous. I haven’t felt my game for, I don’t know how long,” the fourth seed said,

Kenin was plagued by 22 unforced errors in what turned into a rout, with Kanepi piling on 10 aces for good measure.

The Baltic winner broke for 3-1 in the opener to set the tone for the rest of the upet performance.

Kanepi said the COVID-safe 14-day lockdown before the event may have actually aided her form.

“Coming here fortwo weeks, first in quarantine and then the warm up tournament also in Melbourne, I think that’s what helped me.

“I had (six) matches (finalist at the Gippsland Trophy) to get used to the conditions.

“My game plan was to play aggressive as I usually do,” said the winner who concluded with an ace.

World No. 1 Ash Barty shook off a leg problem to escape into the third round 6-1, 7-6(7) over Aussie compatriot Daria Gavrilova.

Barty never faced a break point in her 94-minute win over Fed Cup teammate “Dasha”   but had to get out of trouble all the same after a swoon while leading 5-2 in the second set; she said a leg bandage was just there for some insurance.

“It was big, but more for support so the tape itself doesn’t fall off. It’s not a very subtle tape job,” Barty said.

“I’ve played a lot of matches in the last 10 days after not playing for 12 months, which is natural. It’s more of an assistance than anything else.”

She said her second-set lapse which cost the loss of four straight games turned the set into “a bit of a prickly pear.

“I did the right things to get to 5-2 to give myself a chance to serve out the match, I just lost my way a little bit.

“In the end I was happy to be able to bring it back around in the tiebreak when I needed to.”

Gavrilova was replaced as Australian No. 1 by Barty in autumn, 2017.

Fifth seed Elina Svitolina ended the hopes of US teenager Coco Gauff, advancing to the third round 6-4, 6-3 with a volley winner to the open court.

No. 6 Karolina Pliskova defeated 2019 semi-finalist Danielle Collins 7-5, 6-2 after losing to the American last week in a Melbourne run-up event.

” I was not too disappointed that I lost; the level was even better than it was today,” the Czech said.

“I knew it would be difficult for her to repeat what she played last week. Today was more about staying positive, hanging in there.

“I knew I would have some  chances.”

“I definitely don’t consider myself as a favourite, not against her and not in these rounds,” Bencic said.

“I’m just playing with what I can. Every match starts from zero. I’ll try my best to put in the best performance I can do and be happy with myself and give it all on the court.”

Mayar Sherif, who this week became the first Egyptian woman to win a main draw match at a Grand Slam, was defeated 3-6, 7-6(2), 6-3 by Slovene Kaja Juvan.