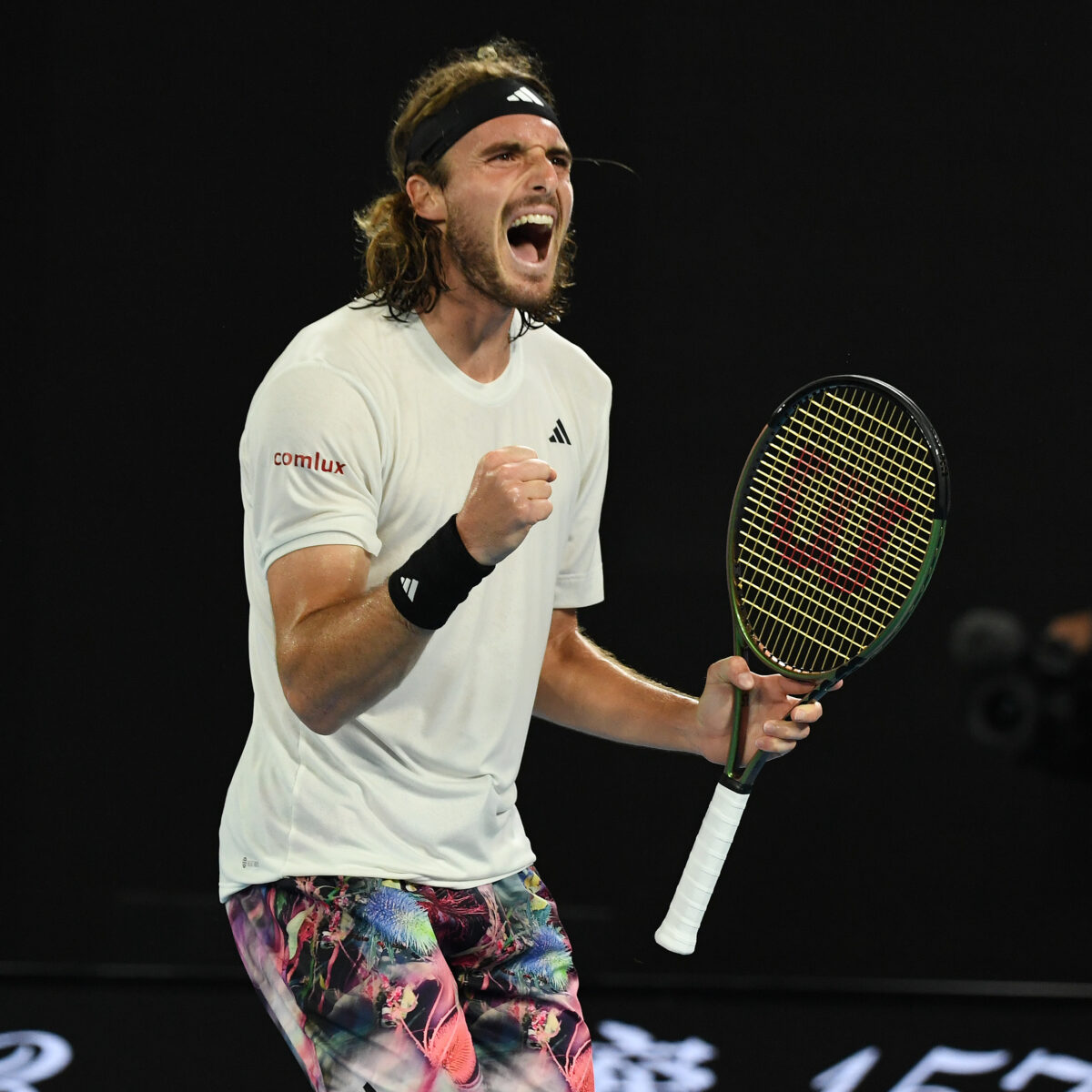 Stefanos Tsitsipas polished his Grand Slam quarter-final record to a perfect 6-0 on Tuesday as he crushed Czech Jiri Lehecka 6-3, 7-6(2), 6-4 at the Australian Open.

The Greek third seed will take on Karen Khachanov after his 7-6 (5), 6-3, 3-0 retirement win over injured American Sebastian Korda.

Tsitsipas relied on a strong serve and a reservoir of experience in the big moments to earn victory.

The seed has reached the final four here in four of the previous five editions. The 2021 finalist at Roland Garros owns 10 career titles.

Tsitsipas finished off the night on his first match point as his opponent hit the net with a backhand.

“This felt different from any of my other matches,” Tsitsipas said. “The important thing is I found a solution.

“This was one of my most difficult three-setters. He’s a great player with a great future. I had to deal with heavy groundstrokes coming over the net.

“I put my heart out there and gave it my best.”

Khachanov showed his final four appearance at the US Open in September was no fluke as he repeated the feat at Melbourne Park.

The wrist injury retirement of Korda came as a surprise, and was not the way the winner had wanted to finish.

“The the first semi-finals at the US Open gave me extra boost and extra confidence,to show where I really am,” he said.

‘It showed what I can do when I’m at my best and how can I be more consistent with that form.

“Those things together, they pushed me to where I am right now.”

Khachanov said playing with injury as Korda did is all part of the sport.

“It was a tough competitive battle until a certain moment, but at the end of the day you don’t know how serious he’s injured, right?

“It’s extra pressure to the (injured) guy, especially if he has some issues physically, with the health.

“I was quite focused, I knew what I have to do, how I have to push. I did it really well.”

Korda said a wrist injury he sustained this month in Adelaide returned at the most inopportune time.

“I think it got worse during the match. I hit one forehand return (early second set), and after that, it was almost tough to hold the racquet at times.

“On some forehands I couldn’t even hold the racquet. Volleying was almost impossible for me. So it was a little tough.”