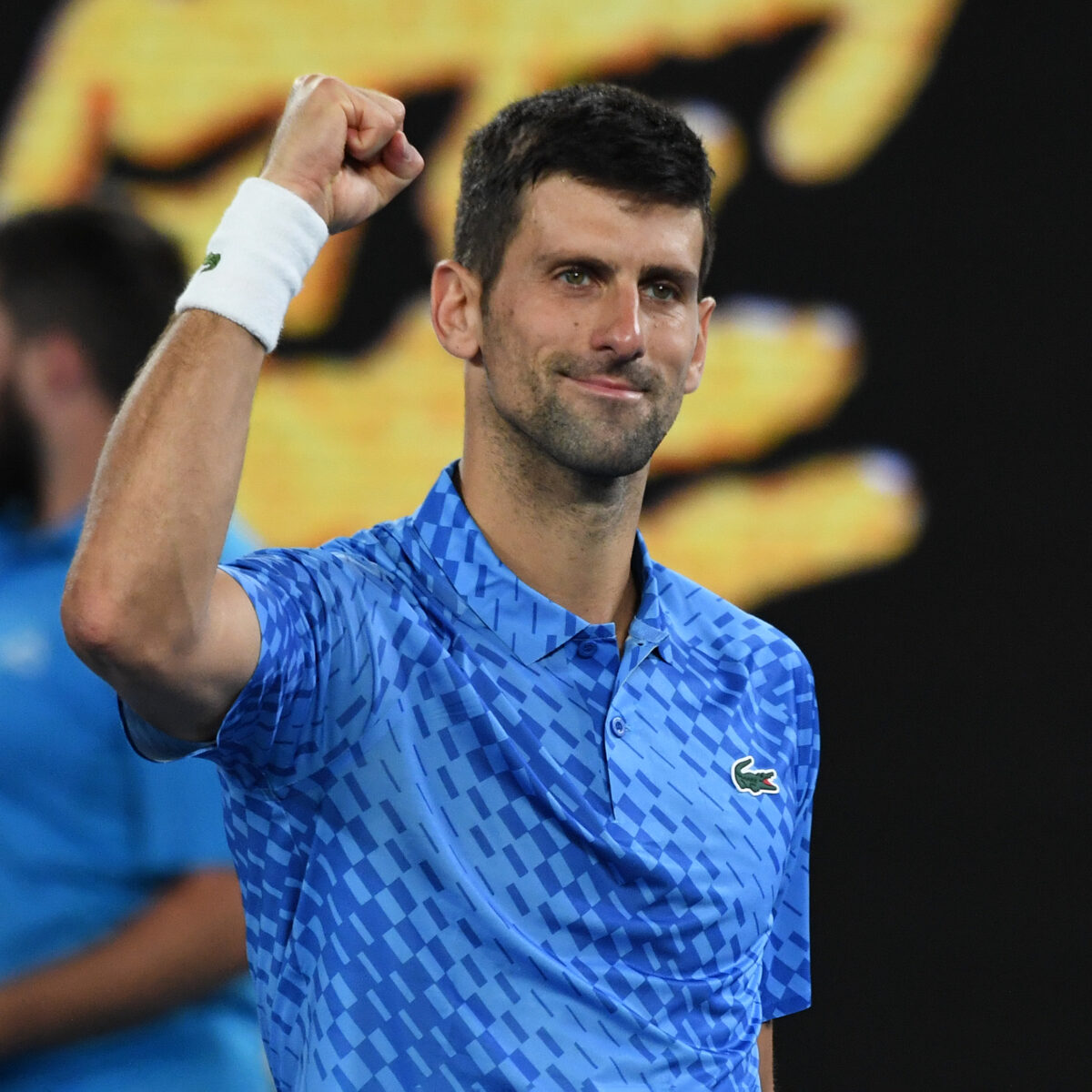 Novak Djokovic paid no heed of his ongoing hamstring injury as he nine-time champion inflicted a 6-2, 6-1, 6-2 embarrassment on Alex de Minaur to reach the quarter-finals of the Australian Open on Monday.

The Serb calmly went about his  business on the Laver showcourt as he methodically crushed  the Australian national No.2, ending local interest in the Grand Slam just past the halfway mark.

De Minaur saved a match point with a third ace on his way out the door, holding serve in the penultimate game before Djokovic shut him down for good after two hours and a bit.

Djokovic will face off for the semi-finals against Andrey Rublev, who struggled to overcome Dane Holder Rune in a five setter which ended in a super-tiebreaker.

De Minaur failed to live up to hype as the last home hope going up against the Serb who has been working full-time on playing through his injury.

The De Minaur match was only the third for Djokovic here against an Aussie, having defeated Lleyton Hewitt in 2008 and 2012.

He has now notched eight straight victories against Australians.since losing to Nick Kyrgios six years ago.

Djokovic improved to 28-1 when facing home country players at Slams; he last lost to Andy Murray at Wimbledon a decade ago.

“I cannot say I’m sorry it was not a longer match,” the winner said..”I really wanted to win in straight sets.

“The first four of five games were tight, then I felt loose and hit more freely. I was able to be more aggressive.

“He seemed a bit more nervous than i was so I was able to capitalise on these chances.

“I had to keep focus all the way through. But this was my best match of the year so far.,”

Djokovic insisted that he felt nothing from his hamstring problem, adding that he has been taking antiinflammatories under advice from his medical team.

“Things can change really quickly and I don’t want to take anything for granted.”

Rublev and his outspoken Danish opponent each saved two match points before a let cord ball off the Rublev racquet rolled over the top and into the Rune court on a third match point.

Rune served for victory in the fifth set without success.

The stroke of luck capped a fighting finish for Rublev, who came from 5-2 down in the fifth set and 5-0 down in the super-tiebreaker.

“A roller-coaster is easier than this,” the winner said. “I was never able to win matches like this before.

“this is the first time ever. To be in the quarter-finals again here (also 2021) is something I’ll remember all my life.

The aggressive, assertive Rune, an acquired tennis taste for many, could not believe how he let the match get away in the closing  stages from a position of strength.

The 19-year-old felt the pain of defeat: “This one hurts a lot. It was super close.

“I had my chances, he played well. The match points, nothing really to do.

“The luck was on his side. I think I did a lot. I fought until the end. It was tough luck.”

Shelton becomes the fourth man in the last 20 years to reach the quarter-finals on an Australian Open debut.

Shelton will square off against another countryman Tommy Paul, a 6-2, 4-6, 6-2, 7-5 winner over Spaniard Roberto Bautista Agut.

There are three American men in the quarter-finals here for the first time since 2000.