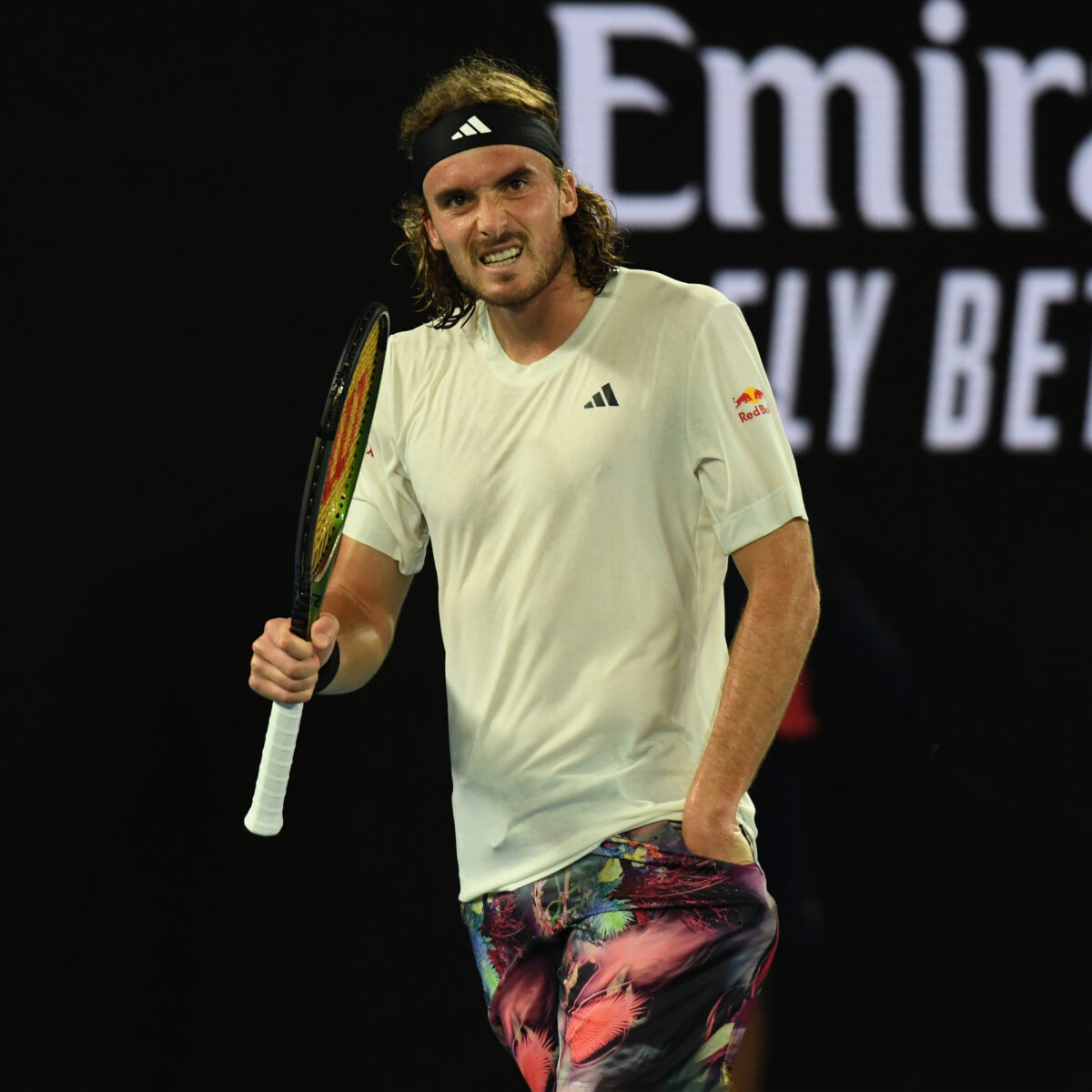 Greek third seed Stefanos Tsitsipas struggled into his fourth quarter-final at the Australian Open on Sunday as he battled to hold off hard-charging Jannik Sinner 6-4, 6-4, 3-6, 4-6, 6-3.

The epic which ended with midnight approaching lasted for just over four hours, with Tsitsipas relieved to get the win on his first match point with a return winner.

Sinner was bidding for a second straight comeback from two sets to love down after clocking the first of his career 48 hours earlier over Marton Fucsovics.

Tsitsipas said he had an incredibly hard slog to go through.

“It was such a long match – I felt I played for a century out here. But what a great night.

“It was superb – a ripper as you say here. I had an unbelievable opponent on the other side of the court.

“He played incredible tennis in the third and fourth sets. I stayed really calm, I can feel my face burning from all the effort I put in today.”

Sinner trailed a break in each of the first two sets, winning both back but dropping serve again to end up with a two-sets-to-love deficit after an hour and a half of play.

The Italian broke through to claim the third set on a fourth set point and kept up his comeback momentum through to level at two sets each.

Tsitsipas was able to squeeze through the final set, ending with 48 winners to the 54 of his opponent.  .

Sinner’s weakness against Top 5 players was again in evidence, with the Italian suffering his seventh loss to the elite at a Grand Slam without a victory to show.

Canadian interest was ended by rising Czech Jiri Lehecka, who beat sixth seed Felix Auger-Aliassime in a 4-6, 6-3, 7-6(2), 7-6(3) fightback lasting for three and a quarter hours.

The 21-year-old winner withstood 20 aces from FAA and broke the Canadian only once on his way to the win.

“It’s been tough, a tough week for me, to be honest. I gave everything I had,” the Canadian said.

“I had some good moments. The first set was good. I was serving well today.

“But too many parts of my game were not at the level they need to be in order to win against players like him and the other players in the draw.”

Korda, who has installed a new coaching team which includes former Wimbledon quarter-finalist Radek Stepanek, credited staying calm under pressure for his success.

“I wasn’t feeling too much energy in the fourth and fifth sets, but the crowd pushed me through,” said the player who knocked out former No. 1 Daniil Medvedev in the third round.

“I tried to stay as calm as I could, I stayed down and kept going through. The outcome was great.

“There were plenty of times I could have completely lost it, but I hung in and tried to be as positive as possible – that was my only goal in the final set.”

Karen Khachanov completed his career matched set of Grand Slam quarter-finals with a 6-0, 6-0, 7-6(4) defeat of Yoshihito Nishikoa, adding to his previous last-eight spots at Roland Garros (2019), Wimbledon (2021) and the

Khachanov, who won 14 games in a row before his Japanese opponent was able to trouble the scorer, is one of only 10 players to have reached all four Grand Slam quarters.

“I was not thinking about it, but that is some kind of compliments, what I achieve so far.

“I’m just happy to do it. Hopefully I can continue even further on even bigger things.”