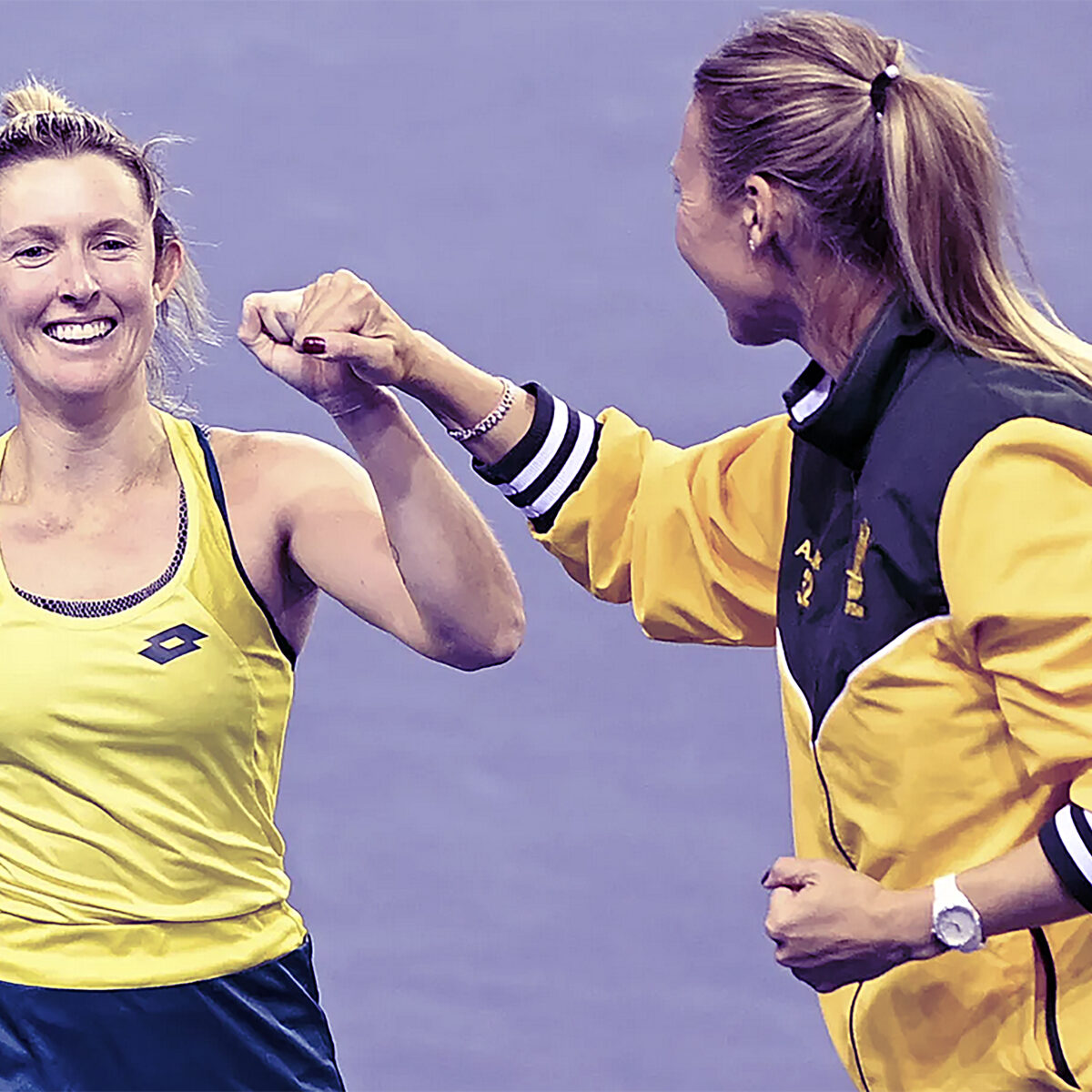 Perennial tournament finalist Australia will be yearning for a first title at the BJK Cup since 1974 after booking the trophy match 2-1 over Britain on Saturday,

One of the globe’s top tennis nations goes into Sunday’s showdown in Glasgow having competed in a total of 19 finals at the female equivalent of the Davis Cup, a competition which started life as the Fed Cup.

Australia took the lead as Storm Sanders beat Heather Watson 6-4 7-6(3) before the Brits stuck with a home win through Harriet Dart who beat Wimbledon and US Open quarter-finalist Ajla Tomljanovic 7-6(3) 6-2.

The tie came down to the doubles, with former US Open winner Sam Stosur — holder of four Grand Slam doubles trophies – combining with Sanders to clinch the tie with a  win over Olivia Nicholls and Alicia Barnett 7-6(1) 6-7(5), 10-6 in a rubber which went down to the wire.

Australia have played in two finals from the last three editions, coming up short in 2019 against France in Perth. .

They await the winner from 2021 finalist Switzerland and the Czech Republic, 2018 holders.

“We’ve got the team to get through tomorrow,” Aussie captain Alicia Molik said.

“We’re still making up for the final we lost a couple of years ago.

“We know what that feels like. But we’re optimistic, we’re a team, we’ve got great support, so it’s ours for the taking.”

Britain was fresh from a 3-0 hammering of Spain but was unable to get over the top against the side from the Southern hemisphere.

The doubles rubber took more than two hours with each side broken twice.