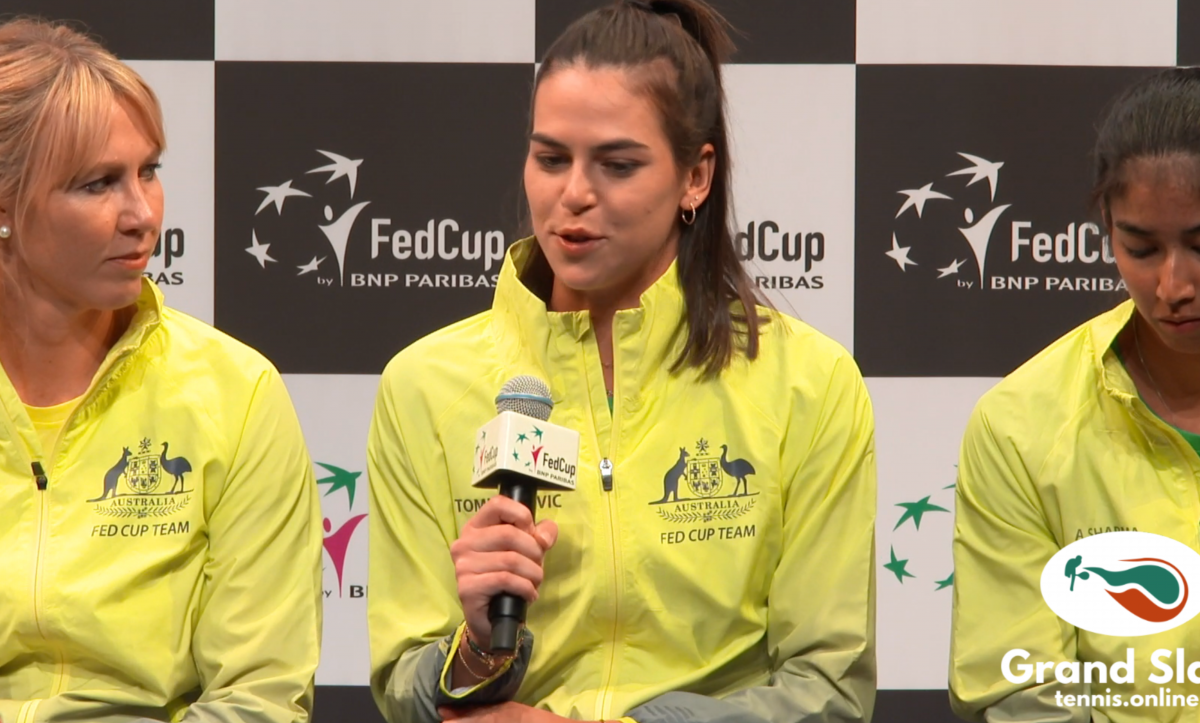 World No.1 Ash Barty and debutant Ajla Tomljanovic will lead Australia into the 2019 Fed Cup final tomorrow bolstered by Grand Slam champion Sam Stosur who will partner Barty in the doubles when they face France in Perth.

Debutant Tomljanovic, who was born in Croatia, has been chosen ahead of Stosur just weeks after becoming eligible to represent Australia.

She will play the opening match of the 2019 Final when she takes on French No.1 Kristina Mladenovic on Saturday morning and Barty will follow, playing the second match of the tie against No.45 Caroline Garcia.

Sunday will see the reverse singles with Barty up against Mladenovic and Tomljanovic taking on Garcia.

Barty will then be joined by teammate Stosur when the pair meet Shenzen doubles champion Mladenovic and Garcia in the doubles rubber.

French captain Julien Benneteau revealed his selections with World No.40 Kristina Mladenovic just one of 11 players to beat Barty in singles this year.

And like Mladenovic, another member of the French team, Alize Cornet, also has fond memories of Perth, having led France to a Hopman Cup title in 2014, while Mladenovic did it in 2017.

The Aussies are aiming to win their eighth Fed Cup title after last winning the coveted trophy in 1974.

Despite not getting the opening singles match, Stosur’s Fed Cup career was recognised when she became the latest recipient of the Fed Cup Award of Excellence.

For Barty, this weekend caps off a remarkable year. Wins in Miami, Roland Garros, Birmingham and last week at the WTA Tour finals in China, has seen her pocket about $16.5 million in prize money.

Live scoring of the tie will be available at fedcup.com and matches will be covered live on Tennis Australia twitter twitter.com/tennisaustralia.