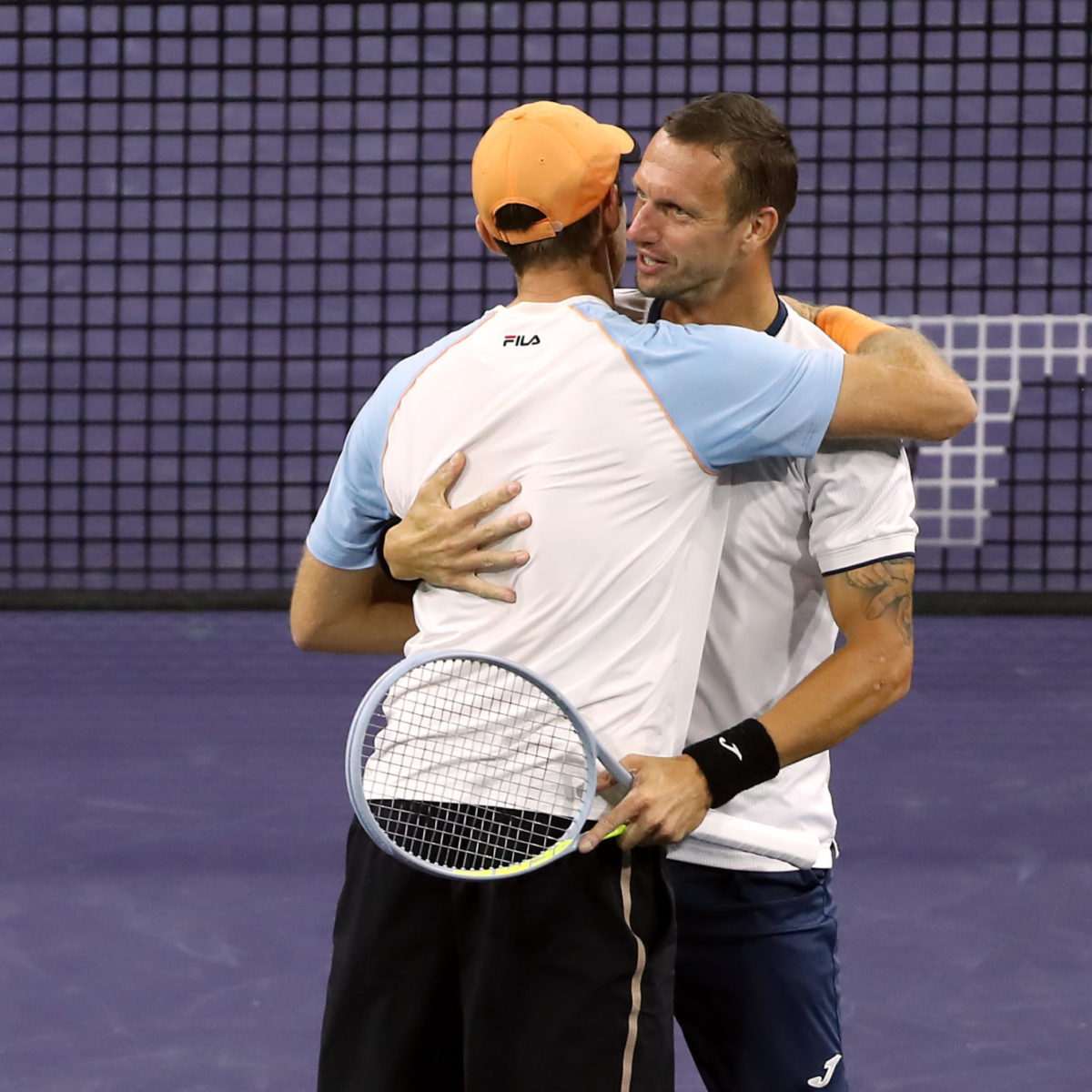 John Peers and Filip Polasek won the Men’s Doubles championship at Indian Wells with a 6-3, 7-6(5) win over Russians Andrey Rublev and Aslan Karatsev on Saturday.

The Australian/Slovakian duo are full-time doubles players, and that was the edge against the Russians.

Court craft was there winning strategy, tactics an d formations key to any winning doubles team.

They took control of the middle of the court and quickly won the first set.

The second was little harder, as Rublev stepped up and when Polasek suffered an ankle roll as he looked to change directions at the net, a lengthy medical timeout could hav played to the Russians’ advantage.

But in a see-saw ending, which eventually went to a tiebreak, as both Karatsev and Rublev both pushed for an opening, Peers and Polasek held on for a memorable win.