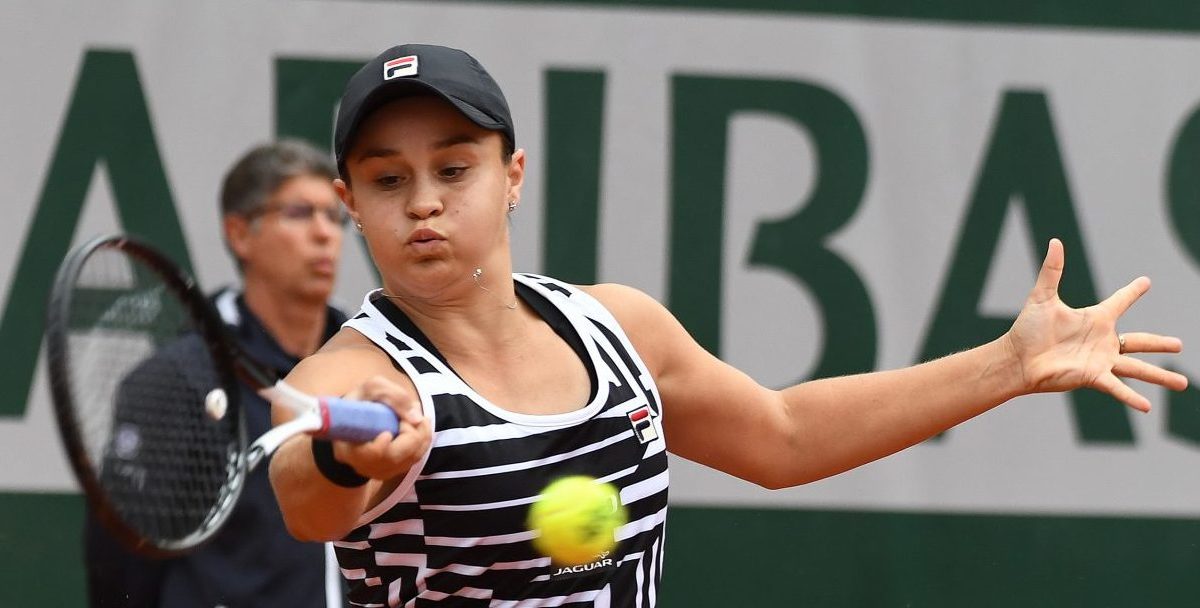 Ashleigh Barty can put her success in Paris this past week down to two men – her long-time coach Craig Tyzzer and a performance coach at an Australian Rules Football club.

Ben Crowe was recommended by the AFL club Richmond Tigers – and has been credited with lifting the Queenslander to a winning position, where a Grand Slam win is now a case of ‘when’ and not ‘if’.

The quiet young Aussie has reached the last 16 of the last three majors and is now preparing for a quarterfinal – a genuine French Open contender.

With Serena Williams and Naomi Osaka gone, so e will say only Simone Halep is between her and a grand slam final.

Barty is sure to rise inn the ranking after her performances this past week and coach Tyzzer puts much of her success down to Crowe.

“I’d been in discussions with Ben for a while … we’d had a few talks but I felt Ash wasn’t sort of ready for it yet,” he told Australian Associated Press.

“But that (Wimbledon third-round loss) was the tipping point for her.

“It’s the correlation of her emotional stuff and her tennis stuff, letting her go out and not feel pressure, worry or feel anything.

“Just to go out and enjoy it; it’s made a big difference.”

Remember, this is the girl who not that long ago was so disillusioned with tennis she quit to play cricket.

The return to tennis has seen an amazing rise in fortunes. 2019 has seen her take a run at the Miami Open and she was unbeaten in Australia’s Fed Cup campaign.

And the Melbourne Slam was pretty good as well, let’s not forget her home tournament.

Tyzzer explained that Barty had some issues, she struggled to have trust in herself and in what she could achieve.

“He (Crowe) keeps it really simple; it’s more about trusting yourself and enabling what you have to work.”

And Barty has come to realise this spring that her style can work on the clay surface.

Her slice backhand has time and again proven to be her match winner.

Her style has lit up the Australian tennis scene – and Barty could well become the first Australian to win the French Open singles title since Margaret Court in 1973.

Pressure? Sure, but as Tyzzer explained: “A lot of that external stuff doesn’t bother her now. She deals with it.”