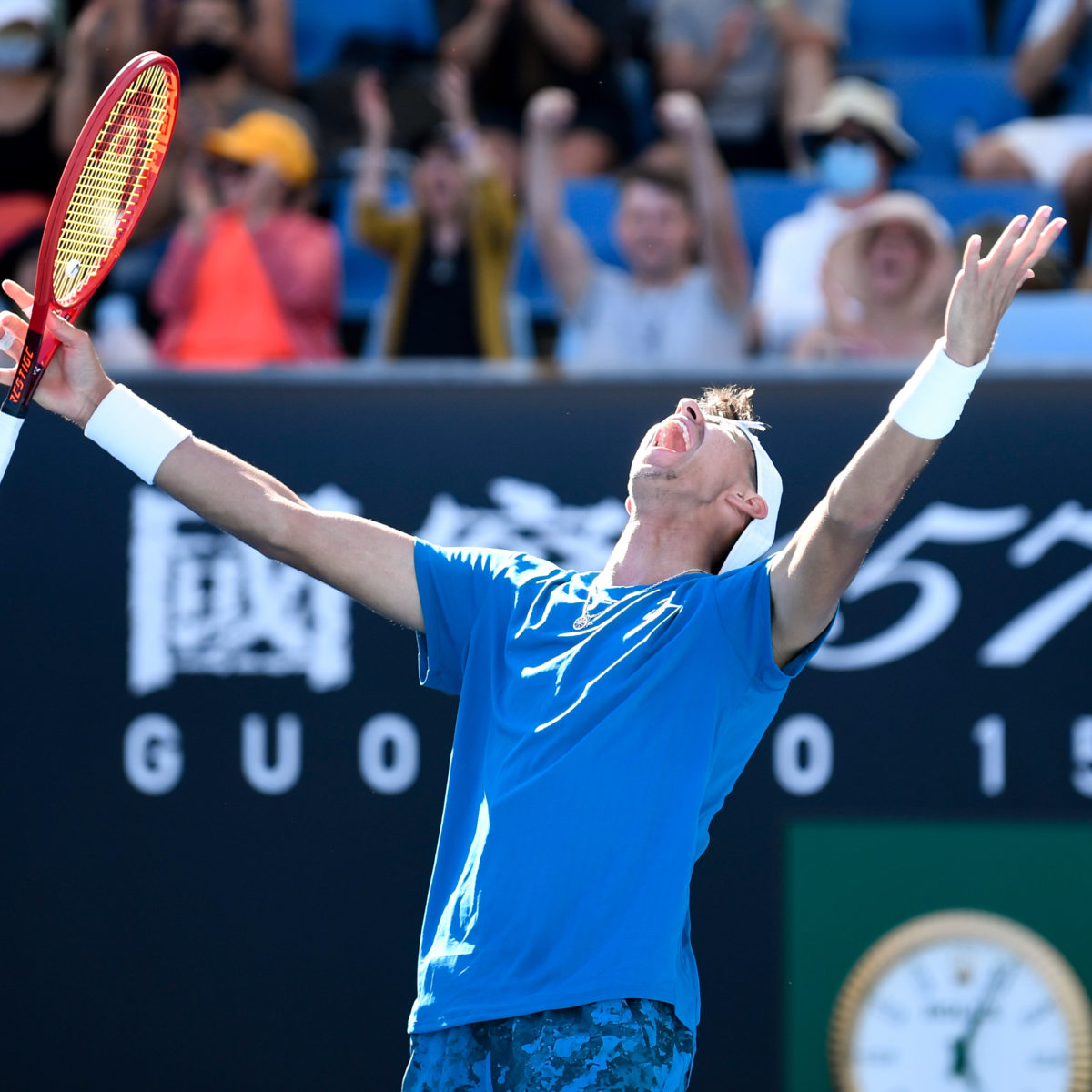 The 21-year-old winner spelled the end for Lopez, who first played here in 2002 but has failed to pass the third round since 2014.

Lopez, 39, can go back to his spring day job as TD of the Madrid Masters, due to be played in six weeks.

Popyrin won the Singapore title last month a week after the Australian Open wrapped up.

The No. 86 told the ATP website: “It was a very difficult match,Feli is a very tough player. He has an unbelievable serve.

“I was putting all of my focus on the break points. There was no rhythm in the match, so (there were) not many rallies.

“I’m happy with the way I stayed mentally. There were a couple of shaky moments but I hung in to win.”

The rest of the year is bad,” added Popyrin. “The work and the focus continue. I just hope I can continue the form I am in now through to the end of the year.”

Popyrin next places fellow young gun Reilly Opelka in the second round.

Lopez managed 10 aces but was broken three times in just under 90 minutes.