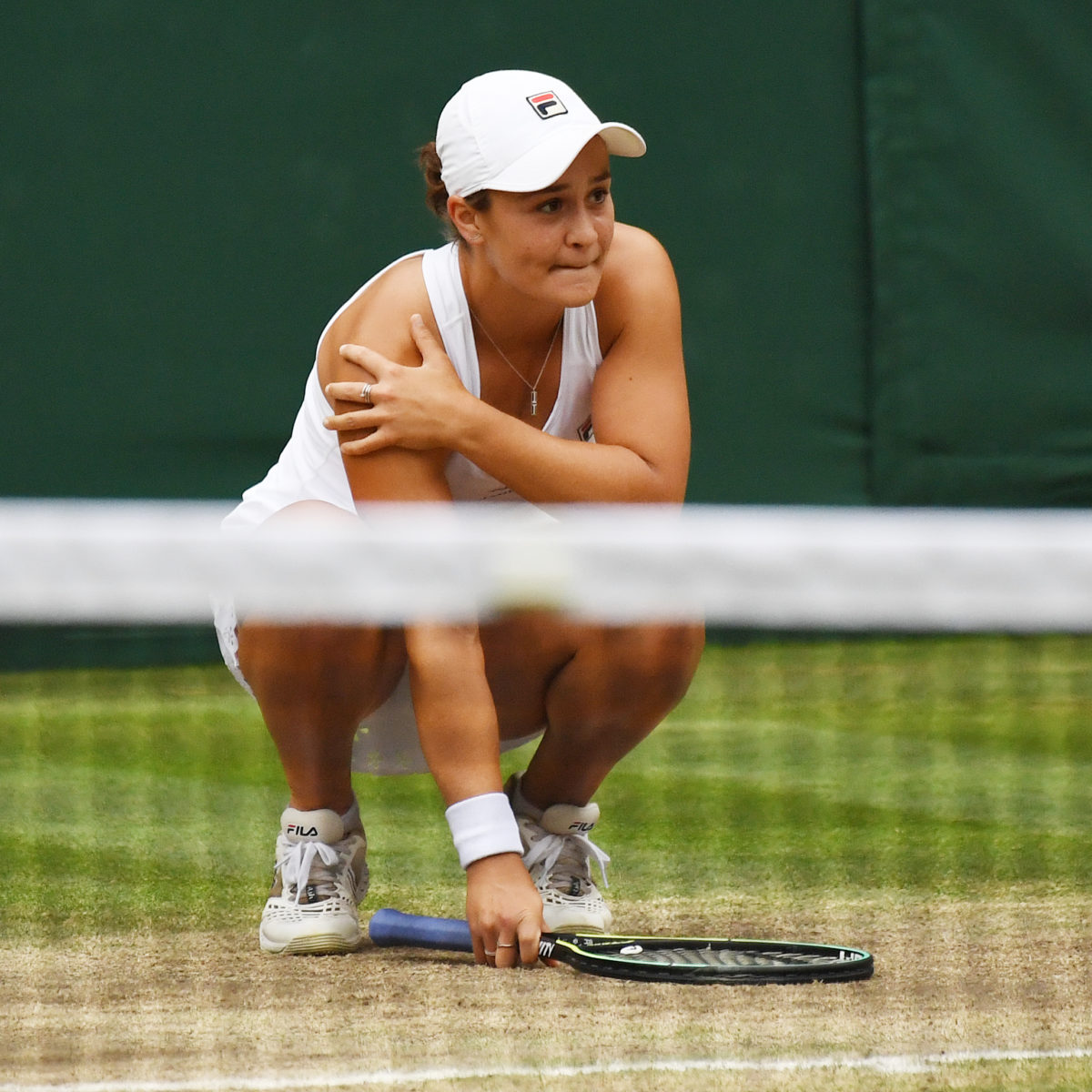 Morrison was joined by Aussie Olympic champion Cathy Freeman, who won the 400m gold medal at the Sydney Olympics in 2000.

“Massive pride in our girl!” Freeman wrote on Twitter. “Congratulations @ashbarty! We are all so very proud of you.”

And Morrison joined Freeman in congratulating Barty on her achievement, saying on Twitter: “Magnificent. Inspirational. Congratulations @ashbarty! A great Australian champion. Australia is bursting with pride. A generational achievement.”

“So happy for you @ashbarty, your dream comes true and what a fight,” the 11-time grand slam winner Laver wrote on Twitter. “Congratulations on your Wimbledon victory, I hope you and your team celebrate well along with your many fans around the world and back in Australia.

“What a wonderful follow up to Evonne’s win on the 50th anniversary.”

King said: “What a great match. It didn’t start out wonderful at all. I thought ‘oh no we were going to have one of the shortest matches ever’.

“Wouldn’t you know it, it ended up being one of the best finals we’ve had. The first time in nine years we had a three-setter.

Australia’s 1987 Wimbledon champion Pat Cash joined in … “What a special moment. This is the moment that makes it all worthwhile, it really is,” he told the BBC.