Andy Murray laid the groundwork, but Dan Evans was unable to complete the job on Wednesday as Britain stood locked 1-1 against the Netherlands in an opening match at the Davis Cup Finals in Madrid.

Murray was tested by a big-serving opponent but came through, while Evans served for victory leading a set and 5-4 against Robin Haase before eventually falling in a final-set tiebreaker. 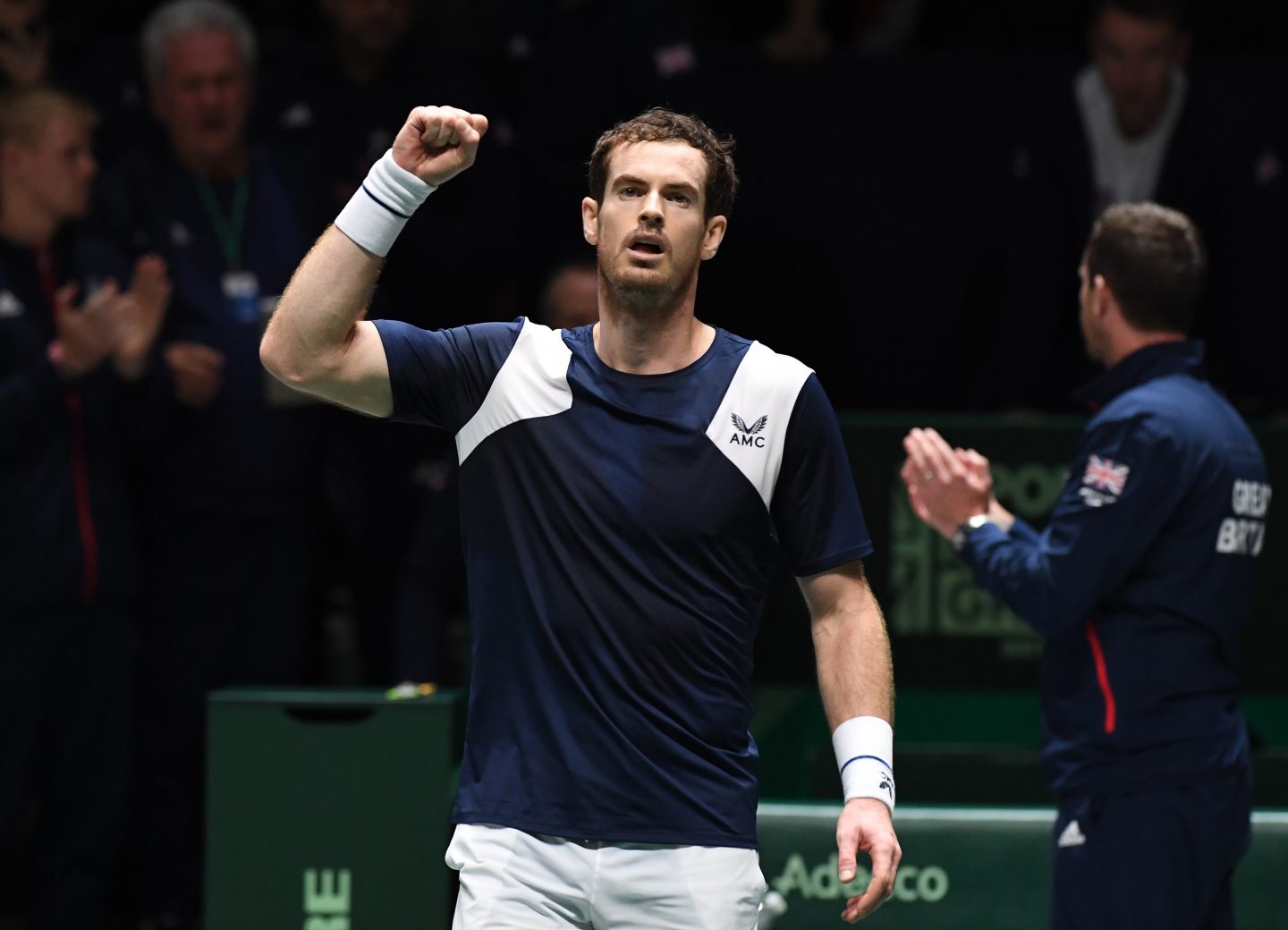 The tie was to be decided by a doubles rubber as scheduling at the Caja Magica ran late at the new-look, condensed event played in the space of a week instead of over the course of the tennis season.. 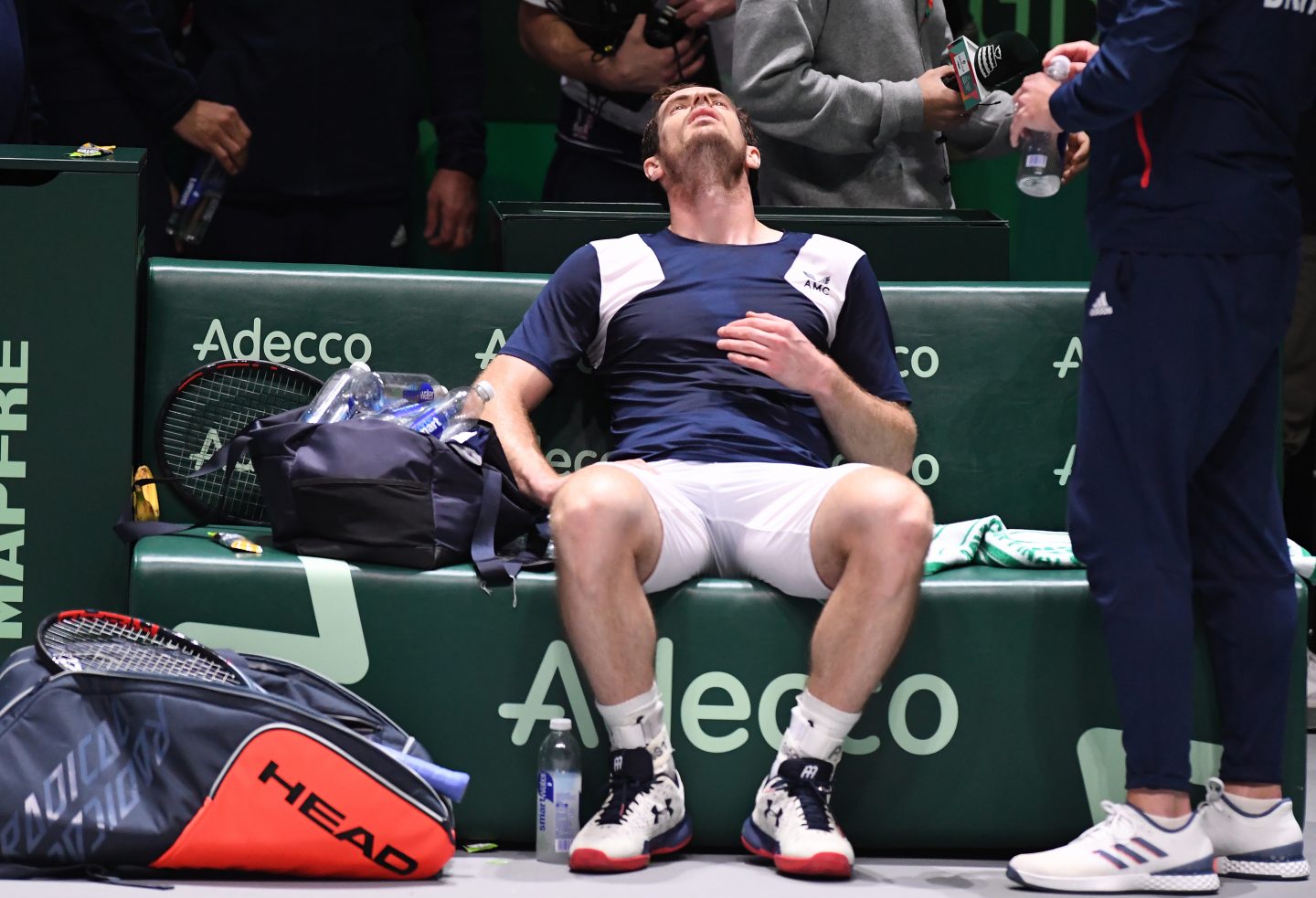 The Dutchman with nothing to lose clocked 24 aces – twice as many as Murray, saving three of five break points over the three-hour contest.

Murray  was competing for the first time in a month since winning the Antwerp title in a pleasant surprise as his comeback form January hip surgery continues.

The 32-year-old Scot earned the first point for his nation in the new-look Davis event, taking victory on his first match point.

“I had to fight hard at the end, he was dictating a lot of the points. He served amazing, I was not able to dictate at all.

“I just tried to get that extra ball back in the end. I had to scramble at 4-3 in the tiebreaker and that turned it my way.

“He was just going for it, taking chances on his serve, he kept me on the back foot.”

Despite reports of paltry ticket sales for the Spanish-run event, Murray had no complaints.

“I had been concerned about the atmosphere, being on neutral ground. But there were a lot of Dutch fans, you really want to see that at every match.

“For a start it was a really good atmosphere here.”

Serbians Novak Djokovic and Filip Krajinovic got straight down to business, and produced a 2-0 win for their nation over Japan which puts the country into a group showdown with France.

Djokovic came as he recovered form his disappointment after going out in the group stage at the ATP Finals in a hammering by Roger Federer. 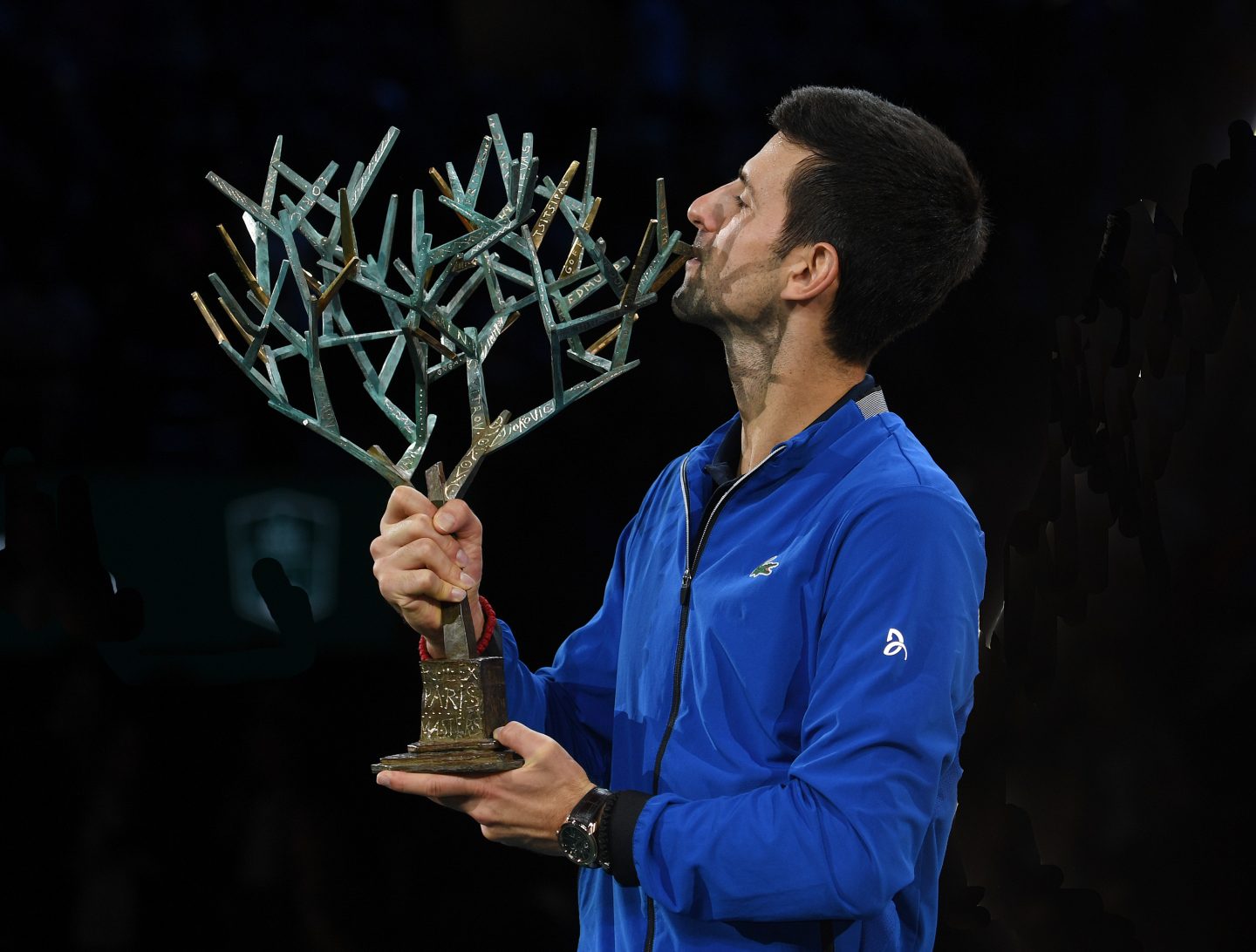 Krajinovic started off the tie as he defeated Yuichi Sugita 6-4, 6-2 and Djokovic wrapped up a quick afternoon with the loss of just three games against Yoshihito Nishioka.

“We always knew it was a big possibility that it might come to France and Serbia, with all respect to Japan,” Djokovic said.

“We did our job in singles, it gives us more room to breathe in case, god forbid, we lose 2-1 to France. But these are all calculations – let’s try to focus on this one today and then enjoy the blockbuster against France.”

“It was a lot of pressure as we know that we had to lead Japan 1-0, but I played a good match – I had a lot of opportunities to break in the second set,” Krajinovic said.

“I have a lot of experience in Davis Cup – the first time I played for Serbia I was 16 – and the guys are amazing and gave me a lot of support. We’re really excited for this week.”

Germany defeated Argentina 2-0, with Philip Kohlschreiber earning the first point with a 1-6, 6-3, 6-4 win over Guido Pella and Jan-Lennard Struff sealing the day 6-3, 7-6(8) over Diego Schwartzman.

Roberto Bautista Agut and Rafael Nadal provided the one-two punch Spain needed to run up an untouchable 2-0 on Croatia. 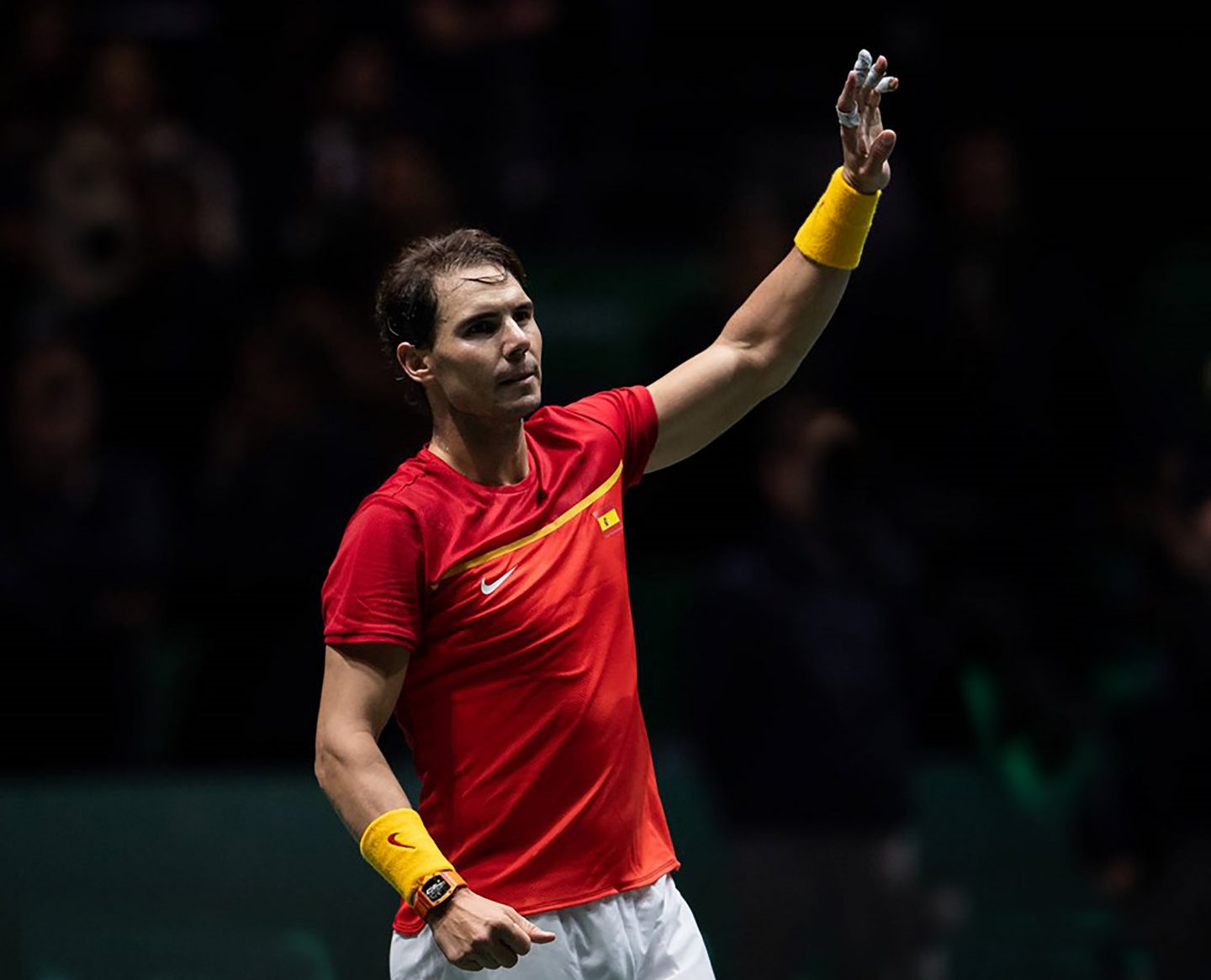 The pair of home wins were enough to send Spain into the quarter-finals, following Canada into the final four at he Caja Magica.

.No. 280 Gojo, was filling in for Borna Coric on a side missing top player Marin Cilic due to a knee injury which has marked the end of his season.

“The start of yesterday was not perfect, but here we are – we found a way to win four matches in a row and that sent us through to the quarters, so we’re very happy,” Nadal, said.

“I’m happy for the victory, of course. It was difficult to play a match against him because I didn’t know him (Gojo).

“He served well, but it was a victory, and I’m happy to be in the quarter-finals.. We’ve won four matches in a row so far.”

The ninth-ranked Bautista Agut came good after losing his opening match of the week on Tuesday, taking victory in 57 minutes..

“The first match was three hours and a lot of intensity – so today it was a good win in less than one hour.”

Nick Kyrgios continued to shine for Australia, leading the side to success over Belgian as he beat Steve Darcis 6-2, 7-6(9), with NextGen finalist Alex de Minaur following on 6-0, 7-6(4) against David Goffin. 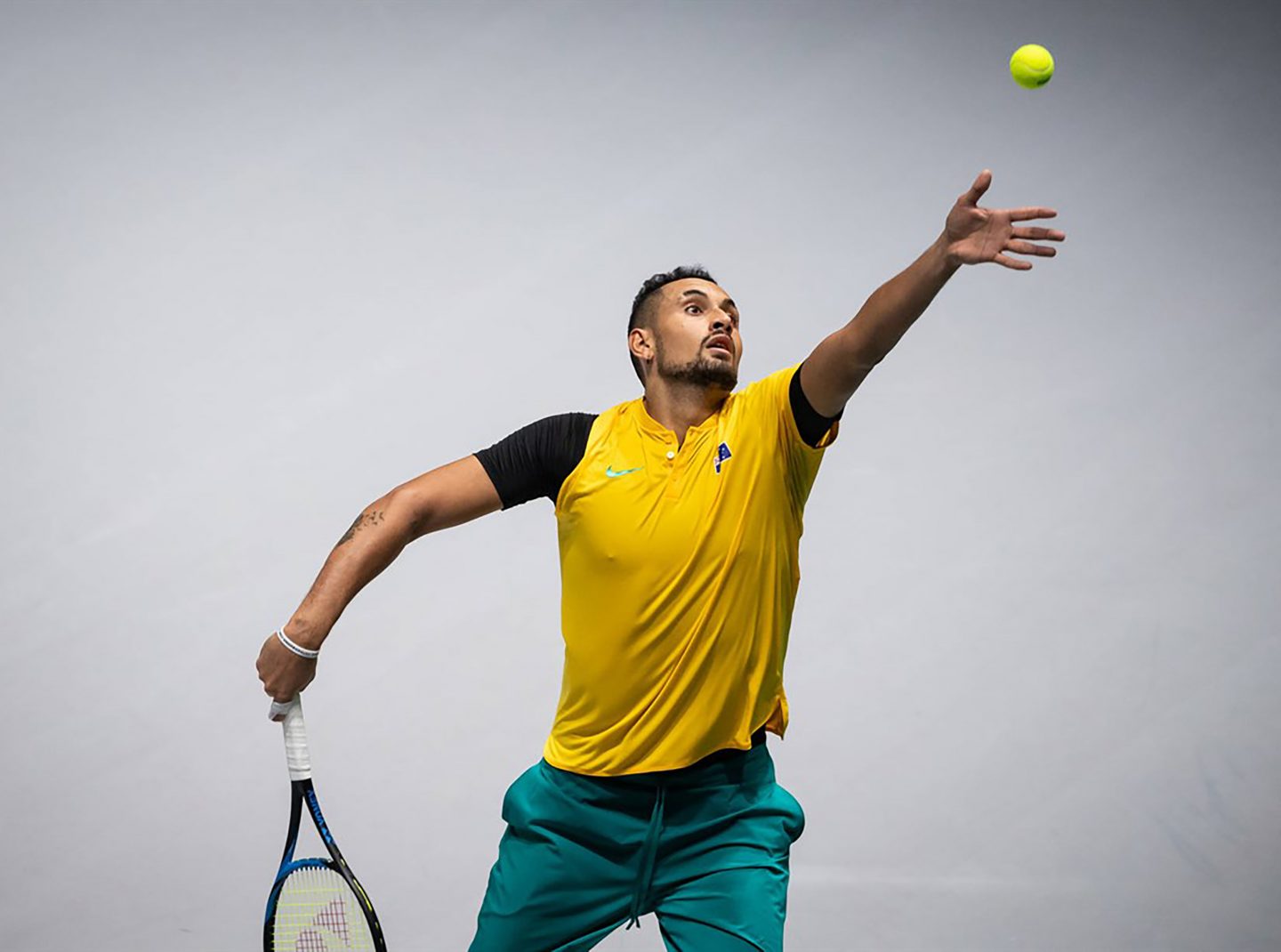