Stefanos Tsitsipas fought through a dramatic final-set tiebreaker to lift the biggest trophy of his career with a 6-7(6), 6-2, 7-6(4) defeat of Dominic Thiem in Sunday’s title match at the ATP Finals.

The 21-year-old Greek did the double after winning the NextGen Final in Milan a year ago, a gateway event for the top eight in the world aged under 21.

The win earned Tsitsipas $2,656,000 in prize money plus 1,300 ATP Rankings points from his five matches this week, and became the first player since David Nalbandian in 2005 to claim the title after losing the first set.

Tsitsipas was up a break in the final set but lost it as Thiem levelled in the fourth game. The set went into a decider as the tension increased.

Tsitsipas fought off frustration after reaching a 4-1 lead in the tiebreak but then losing two straight points on his own serve, with Thiem squaring it at 4-4.

Tsitsipas escaped as Thiem produced three consecutive errors to go down to defeat from a return wide.

“I don’t know how I played so well in the tiebreaker,” the Greek winner said after being boosted in the closing minutes by “Tsit-si-pas” cheers from fans.

“My mind was at ease, I was not thinking of much. That led to a great performance.”

Thiem won the 65-minute opening set in a tiebreak, but suffered a swoon as Tsitsipas totally controlled the second

‘I broke him twice in the second set and gave him no options,” the winner said. “It was an excellent set for me.

“It was nervy in the third set, it can be frustrating to play with so many nerves.

“I’m so relieved by this outstanding performance and the fight that I gave on the court.

“it feel great to have this army (of fans) behind me. They give me energy and belief and motivation – I just love that.

“It made me feel like home with all the Greek flags here.”

The world No. 6 never lost his nerve in the comeback battle against his Austrian opponent who ran hot and cold throughout with highs and lows over the contest lasting for nearly two and three-quarter hours.

Tsitsipas and Thiem came into the final after both defeated former London champions; Thiem put out Zverev in their final-four match-up.

Thiem, Roland Garros finalist to Rafael Nadal at the past two editions, now stands 4-3 against his Greek rival. 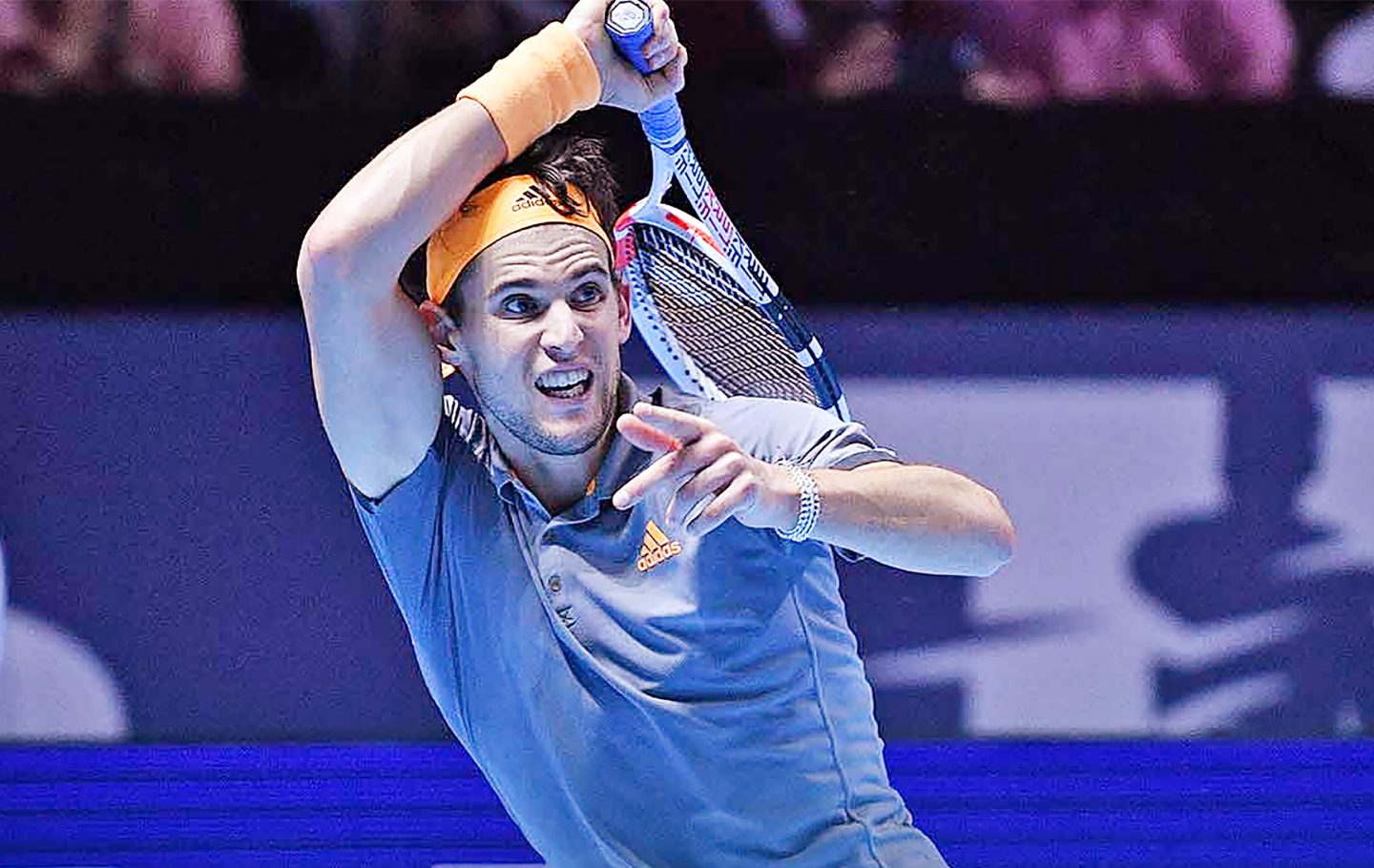 Despite his defeat, the Austrian will move to fourth in the world.

The contest was the first year-end final between one-handed backhanders since Federer and James Blake in 2006 in Shanghai.