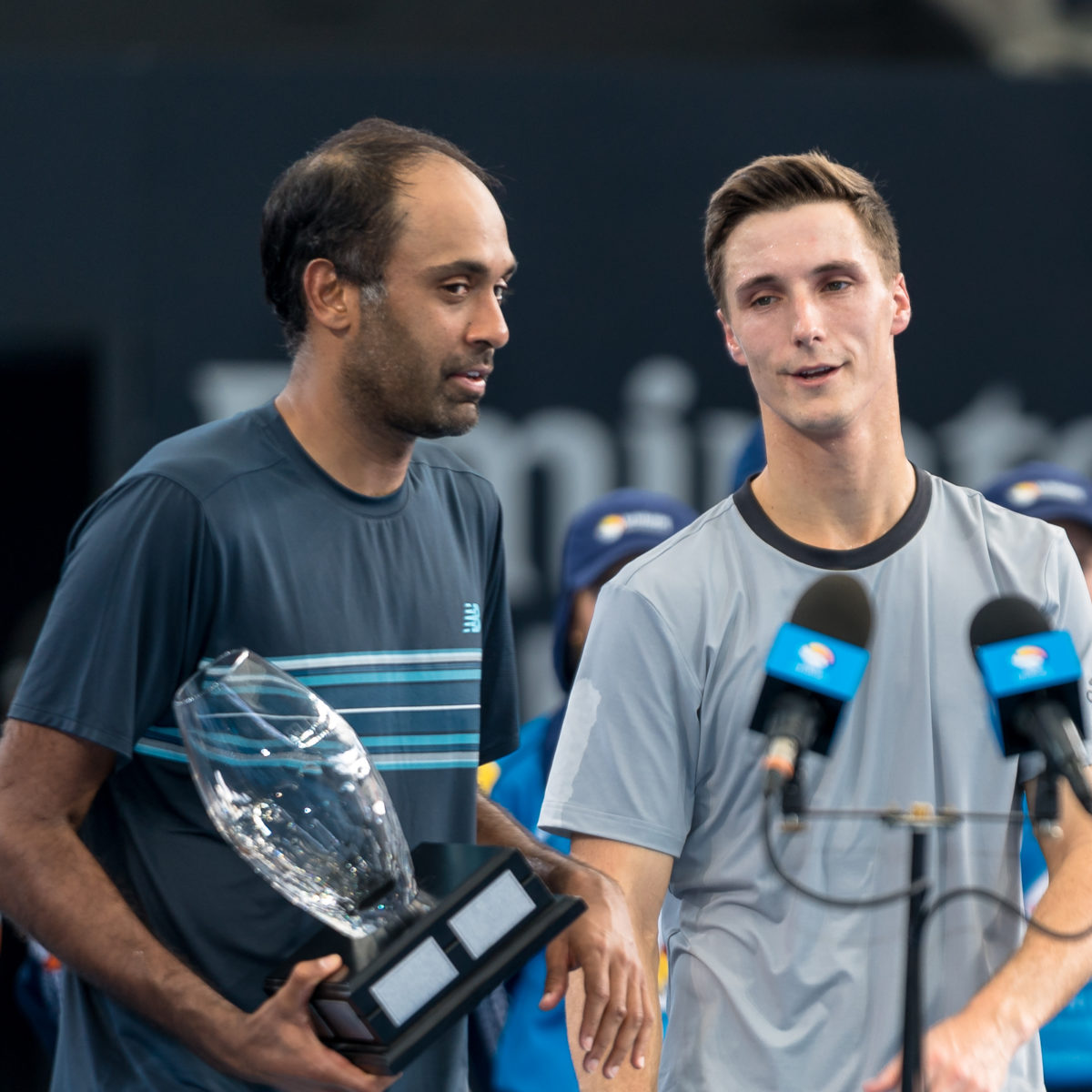 A rank-and-file ATP player has called for a vaccine-first policy to ensure that things will be safe on court when tennis finally kicks back in after COVID-19.
Rajeev Ram, a 36-year-old who won the Australian Open doubles title in January with Brit Joe Salisbury, voiced his fears to local television in the US.
Tennis has been shut down on both Tours since March, with no re-start date possible before the end of July.

With US Open officials pressing hard to be allowed to stage their major – perhaps without fans – from August 31 in the dicey virus locale of New York City, players are understandably on edge.
“I don’t see players feeling 100 per cent safe without a vaccine because there would always be a risk of contracting the virus,” Ram said.
“The virus is so contagious and in any kind of sport, athletes are always in close contact with their peers – there is always going to be a risk without a vaccine.

“I don’t think the US Open or any event will take place if a certain number of players feel uncomfortable or unsafe while playing.”

The American added: ““We can’t have the US Open until everyone who has qualified for the event is in a position to travel to the event, until that happens we are going to be at a standstill.

“For the tournament to take place, a safe and secure environment must be created and the competition should also be fair on all tennis players.”

Ram’s opinion contrasts to that of Brit Dan Evans, with the No. 28 insisting that the show must go on.

As an aside, the player who served out a ban during part of 2016-2017 for cocaine added competing with just a coach for advice was not a huge handicap.

“There has to be a bit of give and take from the players,” Evans told BBC radio on Monday.

“I don’t think having only one person from your team allowed is such a big deal – the majority of the draw would only travel with one coach.

“Not everyone’s travelling with physios and fitness trainers like Novak said, so I think his argument there is not really valid for the rest of the draw, apart from the real top guys.

“It’s health involved here, but if it’s safe enough I don’t think having just a coach is a good enough reason not to be going to a tournament.”

Plans by open bosses to require players to live in strictly controlled airport hotels near the site while keeping social distancing and limited to one other person in their normally large entourages has drawn fire from No. 1 Novak Djokovic and second-ranked Rafael Nadal, the defending champion.
Nadal said last week that playing at the American event under current conditions would not be acceptable to him.